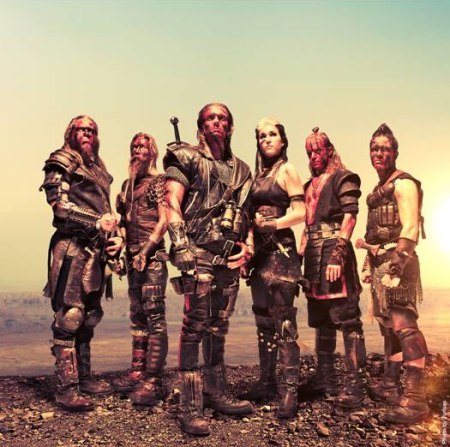 Still short on time, I’m just tossing two videos your way because I like both bands and you might be fans, too, in which case you’ll be curious about these two brand new videos.

Shortness of time means no introductions. I’ll simply say that Turisas has released a video for a song called “Stand Up and Fight”, which is good advice, because I’ve tried to fight while lying on my back and it’s not a recipe for success. The song is the title track from the band’s third album. The video isn’t yet in embeddable form, but here is the link where you can see it.

I will also say that Kvelertak has also just released a new video. “Ordsmedar av Rang” is the name of the song, and it comes from the band’s self-titled debut album, which was released June 21, 2010 via Indie Recordings and then released again in North America on March 15 via The End Records, with six bonus tracks included. You can see that video after the jump.

One Response to “RANDOM VIDZ: TURISAS AND KVELERTAK”