(Brutalitopia is a great name for a metal blog. If we’d thought of it first, you might be reading “Brutalitopia” right now. But instead of us, two other dudes thought up the name, and they’ve put together some great content to go along with it, too. Check that site now if you never have before (use this link). Today, in response to our appeal for help, Brutalitopia Jack has contributed the following thought-provoking guest post.)

Historically speaking, trends and styles tend to occur in phases. This is certainly true for music, and putting metal under the microscope is a great test of this theory; NWOBHM was the representative blueprint of heavy music in the late 1970s, thrash was the mid-80s, and death metal reigned right around the time Metallica sold out. As for the current era, there’s little doubt that heavier progressive acts have assumed dominion for the foreseeable future.

The intriguing situation with prog, however, is the labyrinthine absorption of various sounds and styles that so conspicuously distinguishes itself in today’s muddled scene. Listeners and critics alike often refer to groups as dissimilar as Opeth and Mastodon as progressive, and no issue is made of it. Some argue that the label “progressive” should be understood less as a genre and more as a descriptor of approach and stylistic ethos, but that’s a discussion for another day. The fact remains that progressive metal is at the forefront and will be for some time.

The logical and fanatical question then becomes this; as we enter the second decade of the new millennium, will the burgeoning progressive metal frontier yield a Big Four like Thrash once did? The short answer (at least to this guy) is no. And that’s only because we’ll simply never see a collective reaction to such a limited number of bands ever again; the digital age makes it impossible for even 40 bands to hold the attention of the whole metal community. But while we likely won’t be able to point at four groups as the unquestioned, paramount torchbearers of metal in the 2010s at the end of the decade, it’s not a futile enterprise to attempt to identify four that could really break into the forefront in the next several years. Essentially, fuck everything I just said and put on your pretending caps.  (more after the jump . . .)

Note: Before we begin, keep in mind that you could argue that all four of these groups are already well established. That’s not the point of our examination here, however; I believe these are four bands that could be at the very top of their game and carrying the torch for extreme music when 2020 rolls around. 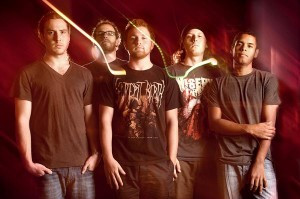 Sure, The Faceless are already pretty huge. Their debut Akeldama was a sign of good things to come, and I’m know I’m speaking for most when I say Planetary Duality surpassed even the loftiest of expectations. The best part is that it feels as though they haven’t even hit their stride yet. They wield a unique sound, diverse in both it’s sheer heaviness and refreshingly appropriate technicality, and the apocalyptic lyrical and thematic content full of inter-dimensional aliens is just too fucking excellent to pass up.

They’re in the pre-production process of a new record set to release sometime near the end of 2011, and if this isn’t any indication, the bar for their follow-up to Planetary is pretty damn high, but there’s reason to think these dudes haven’t even scratched the surface with their potential. 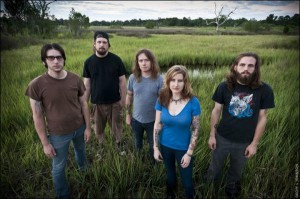 Another example of a group with plenty of critical acclaim already, Kylesa have entered the forefront as a sludgy-hardcore crossover with a measure of unpredicability. But it’s records like last year’s Spiral Shadow that exhibit how these dudes (and lady) aren’t yet finished with their ascent to the top.

Riddle me this; is there a band better equipped to write an album with more variation and originality than Kylesa right now? Having two drummers and a female vocalist almost makes the answer a resounding “no” by default, but you’d be Vince Neil-stupid to think they’d rest on their laurels going forward. There must be something in the water down in Georgia, as Kylesa will almost certainly join their already established state-mates Baroness and Mastodon as exemplary acts in the crusty, progressive corner of the room. 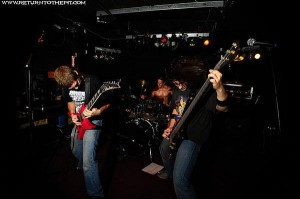 I’ve extolled these tech-thrash wizards before, and it bears repeating that this Bostonian troika is poised to grip the collective metal world by the balls and give a them a nice firm twist. And it’s going to feel awesome.

2009’s Existence Is Futile seemed like just a taste of how talented and novel Revocation are, which seems absurd when you recount how it was arguably one of the more diverse and technically intense records of that calendar year. Tracks like “Dismantle the Dictator” perfectly encapsulate how these dudes are able to evoke Megadeth, Morbid Angel and Dillinger Escape Plan in the confines of one track, which is just fucking bewildering when you consider how diverse their sound has become due to a variety of influences. While maybe not a breathe of fresh air to some, Revocation have a sonic profile just begging to be loved by the masses. It’s fast, it’s pissed, and even though it just barely seems to fit in the prog niche, it’s also a lot of fun. 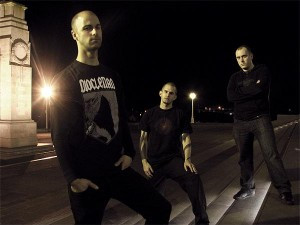 This choice may seem like a bit of a stretch, and not because these New Zealander’s lack talent or will to head to the top; their brutal death metal brand simply might prove to be too intense or obscure to fully latch on with the masses. And that would be a damn shame, for Ulcerate are arguably already the best at what they do in today’s game.

They bring a level of atmosphere that floats harrowingly over an onslaught that would make Azazel blush, and while their sound and approach is already appreciated and will certainly be accepted more, the only thing hindering Ulcerate’s progress is how their distinctiveness latches on with the greater metal world. 2011’s The Destroyers of All is a step in the right direction, and will likely end up on more than a handful of “Best Of…” lists to end the year (or maybe I’m just dropping a hint…). Ulcerate are just too damn heavy and too damn good to stay unnoticed by the hesh masses for much longer.

… Now, debate the hell out of this. This is in no way meant to be declaratory, and is actually more of a call for discussion than anything. Get to it!

9 Responses to “WHO WILL DEFINE THE TEENS?”