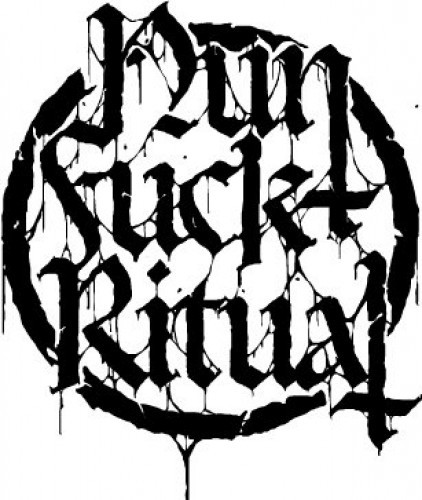 Some metal blogs are spending time writing about the latest pronouncements from Sammy Hagar and Duff McKagan, breaking news items such as KK. Downing leaving Judas Priest, and other subjects that induce us to yawn with the kind of gaping mouth-openness that only a serious oxygen deficit can induce.

Here at NCS, we’re dealing with the serious metal shit, like the news that NunFuckRitual has signed with Debemur Morti Productions and is currently working on its debut album. NunFuckRitual, or NUNFUCKRITUAL if you prefer, is a Norwegian concoction consisting of Teloch (Nidingr, Mayhem), Espen T. Hangård (Killl, NoPlaceToHide), Dan Lilker (Nuclear Assault, S.O.D., Anthrax) and Andreas Johnson (Tyrant, The Black).

I recognize Dan Lilker’s name and of course the Nuclear Assault and Mayhem references stand out, too. But, honestly, as curiosity-peaking as all that was, what sealed the deal for us was the band’s name. I mean, honestly, how can you pass by a band name like NUNFUCKRITUAL (I’ve decided I prefer the all-caps version of the name)? You just know the album is headed straight for a Walmart or K-Mart exclusive, with the merch getting the full push by Hot Topic. I’m dyin’ to see the album title.

And what about the music, you may ask? Well, the first words that popped into my head were “pop smash!”  (more after the jump . . .)

Okay, those weren’t really the first words that popped into my head. I don’t think any words popped into my head. You see the phrase “take no prisoners” thrown around in PR pieces about metal bands, and half the time it’s a gross exaggeration, but it pretty much fits this music.

It’s slow, it’s morbid, it’s like a stoner form of black metal, it’s like being caught in a vortex of sucking blackness, and you can hear the other wretches being sucked down into the pit with you, howling in their agony. I kind of like it.

Here are rough cuts of two tracks from a band whose music is sure to be covered by the hopefuls on American Idol and will hit the Top 10 on iTunes in nothing flat. Remember, you heard it here before it became ubiquitous on radio and all the tweens snatched up the CDs at Target.

Actually, you can’t hear it here because the two rough tracks are streaming on MySpace in a form that doesn’t provide an embed option. So all I can give you is this link. Share it with all your relatives.

One Response to “THIS WILL SELL BIG IN THE RED STATES”