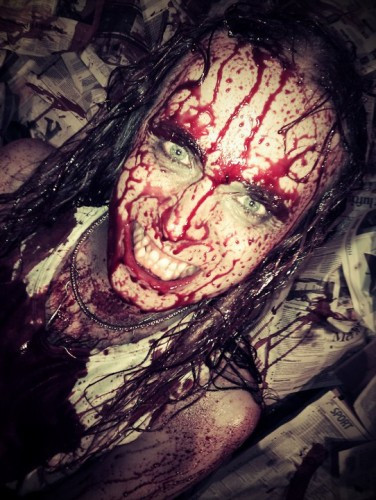 I’m still in guerilla mode (or gorilla mode) here at NCS — short on time and only able to burst through the door, throw randomized pieces of music your way, and then vanish, while relying on our other regular contributors and guests to do the real writing. In this post, I’ve got new songs from three Norwegian bands whose music covers a wide swath of the Norwegian metal landscape: Hellish Outcast, 66Crusher, and Taake. We’re even making an exception to the normal rule around here with some clean singing. All this music is righteous, so do check it out.

What do you get when you combine Thebon (Keep of Kalessin‘s vocalist), Mads Lillevedt (a/k/a Alkolust, the drummer for Byfrost), bassist Max Morbid (BREED), and guitarist Martin Legreid (66Crusher)? You get Hellish Outcast. We first came across this band for one of our MISCELLANY posts last July (you can read about that here). At that time, Thebon had just joined the band, and they were working on a debut album. Lacking new music, we focused on a 2008 EP called Raping-Killing-Murder, which we liked a lot.

Hellish Outcast has now finished that full-length — Your God Will Bleed — and Terrorizer has just premiered an official video for the song “Face Forced Down”. My reaction? I think someone left the gates of Hell unlocked and these dudes got out. (more after the jump . . .)

“Face Forced Down” is a rapacious onslaught of boiling thrash anchored by Alkolust’s crushing drumwork and superheated by shred-tastic soloing courtesy of Mr. Legreid. Thebon lets it all hang out with vocals that sound like a drag-racer laying squealing, smoking rubber when all the lights go green (though he throws in a few bars of cavernous death vocals for good measure). Seriously, this fucker will explode your head. Check it out:

I haven’t found news about the album release yet, but to keep track of developments, Hellish Outcast’s Facebook page is at this location. 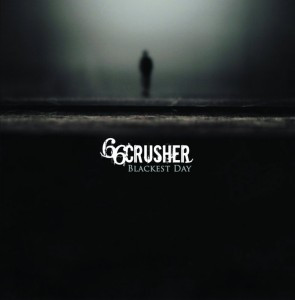 As noted, the aforementioned Martin Legreid is also the guitarist for another Norwegian band called 66Crusher. Their sophomore album Blackest Day, is scheduled for release by a San Diego-based label called Misanthropica Enterprises on May 20.   This is the second release from 66Crusher on that label, which previously released the band’s debut album Truth Unmasked”.  The new album was mixed by Herbrand Larsen (Enslaved, Audrey Horne).

66Crusher has recently released the title track from Blackest Day, and so far it’s the only music from the band that we’ve heard, so we can’t say whether the style is representative. This is our “exception to the rule today”, because all the singing is clean. Nevertheless, it’s a great song, introduced by a tremolo guitar melody and an attention-grabbing bass line, and Jarle Olsvoll‘s vocals are strong, clear, and memorable. If you’re like me, this song will stay with you.

To hear more music from 66Crusher, visit their ReverbNation page. 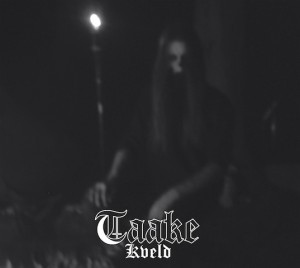 This item is really hot off the presses; we just got a press release about it within the last hour from the always-dependable Patricia Thomas, who also tipped us to the 66Crusher release and who seems to lend her help in one way or another to about half the black-metal bands in Norway (and others as well).

Taake is of course a name well-known to black-metal aficionados. The news is that they’re planning to release an EP (or MCD, as these things are sometimes known in Europe) on April 26 as “a taster” for the band’s next full-length album, Noregs Vaapen. The EP, titled Kveld, will include five tracks. Four of those are live studio recordings of previously released Taake classics by the band’s current live line-up. The fifth song (“Nordbundet”) is a new one.

Taake has made one of the re-recorded songs available for streaming on Soundcloud, and that’s what we’ve got for you today. It’s called “Hordalands Doedskvad 1”. Without further introduction, here it is:

Kveld will be released in digipack format and limited to 500 copies on founder and front man Hoest’s own label Svartekunst Produksjoner(here).  The digital version of the EP will be available through Dark Essence Records. Taake’s official site is at this location.