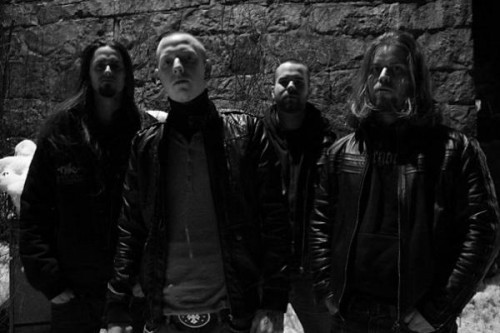 That was more than enough incentive to visit the band’s MySpace page (here) and listen to some tunes from their 2008 EP, with the inviting title, Raping – Killing – Murder. And I’ll tell you what I thought — after the jump. 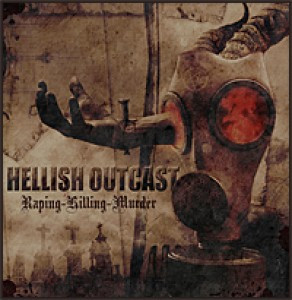 Still here? Well, I thought this was some killer music. I listened to two songs, “Possessed” and “Rapid Eye Movement”. “Possessed” is a slab of death-thrash with a mighty catchy thundering riff that will wake you the fuck up, and some heavy industrial-strength chugging. And then halfway through, everything slows down with dreamy, clanging arpeggios — until those hammering riffs reassert their dominance. Then, before the song is finished,  you’re inundated with a swirling, wah-wah pedaled solo that will cross your eyes.

Speaking of eyes, “Rapid Eye Movement” is even more thrash-influenced — with a blazing, darting, saw-like lead, physically compulsive drumming, and another one of those wah-wah screaming solos. But even with the thrash-metal pacing, this is still death metal — the grinding weight of it is tangible.

The production quality on these songs is first-rate — you can hear every instrument, including the bass, and all these dudes can really play. I had trouble tearing myself away from this music in order to continue my browsing, but I’m definitely going back to the EP to finish getting my brain scrambled.

According to the press release I read, Thebon is already rehearsing with Hellish Outcast and laying down the vocals for the band’s upcoming album, to be called Your God Will Bleed.  His first live appearance with the band will be at this year’s Hole in the Sky Festival in Bergen on August 28. I liked the vocals on the EP, but with Thebon on board, I’m now especially interested in the forthcoming album.

If you’d like to check out the tracks on Raping – Killing – Murder, here’s the band’s ReverbNation widget, which includes all of the EP’s songs — and each of them is available for free download through the widget.

My next stop was a band called Citi. I checked them out at random because we got a MySpace “add” request from the band — and I was immediately hooked. After I finished this browsing session, I went back and listened to the band’s entire debut album and decided to write a post about Citi (already up at this location), and so I won’t write more about them here. 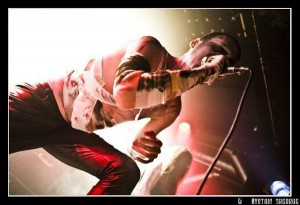 At this point, I was feeling pretty lucky since both Hellish Outcast and Citi checked out so well. From Citi, I decided to move on to a black-metal band from Turkey called Episode 13. I’d received a press release announcing that Episode 13 had debuted two tracks from their forthcoming third album, Death Reclaims the Earth. Didn’t know anything about them except for the fact they were from Turkey — but of course that peaked my interest, since here at NCS we’ve got such a soft spot for metal bands from places that aren’t exactly known for their extreme metal scene.

And come to think of it, I’ve never heard any metal from Turkey. So, I thought, time to take the plunge and get wet!

Episode 13’s last release is an album called Pitch Black. The player on their MySpace page (here) features those two new songs, “Physical Comatose & Mental Overdose” and “Ars Moriendi”, plus two from Pitch Black. I listened to the two new ones plus the title track from the last album. 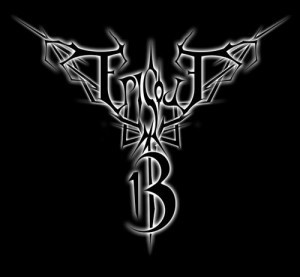 “Pitch Black” is a real headbanging motherfucker. For most of this up-tempo song, an absolutely killer death-metal riff occupies the verse while the chorus is a traditional black-metal passage of fused blast-beats and tremolo-picking that’s equally infectious — and in the middle there’s a throat-ripping guitar solo. Some vicious wolf-like vocals, too, though that vocalist will be replaced on the new album by the return of founding member Ozan Akyol. I thought the song was excellent.

“Ars Moriendi” is a much slower, atmospheric piece that features Akyol’s evil vocals and a memorable, dark melody. Another cool song.

The other new song, “Physical Comatose”, has a more dynamic tempo, shifting between slow melodies with densely layered tremolo chords and more up-tempo hammering, and a very cool finish. And did I mention that Akyol’s vocals are really, really evil?

According to the press release I got about Episode 13, they played Norway’s Inferno Festival and the UK’s Infernal Damnation Festival after releasing Pitch Black, and have toured in Russia, Finland, and Denmark, so they’re getting some exposure outside Turkey. They’re currently looking for a label outside Turkey to release Death Reclaims The Earth.

Here’s the band’s ReverbNation widget, which includes one of the two new tracks plus that ass-kicker, “Pitch Black”, and some other songs from either Pitch Black or the band’s first album, Tabula Rasa, that I haven’t heard yet.

After checking out Episode 13, I decided to catch up on the latest news over at Blabbermouth and ran across a new video from a French metal band called Darkness Dynamite for the song, “Supernatural”. The song comes off the band’s debut album, The Astonishing Fury Of Mankind, which was released in June 2009 via Metal Blade Records .

I’d never heard of these guys, but I’ve had pretty good luck with metal bands from France, so I figured, what the fuck. So I watched and listened.

I thought the song was decent, though not enough by itself to send me scampering after the rest of the album. It’s metalcore, with a to-be-expected combination of punishment and melody. At least on this track, the singer stops short of an outright burst of clean singing, though he comes close. I liked the instrumental work, particularly the guitars, and the melody is catchy.

As for the video, the photography is high-end quality, but it’s yet another one of those inexplicable metal videos that mixes performance shots with something else that seems utterly random. The something else seems to be an attempt to tell a story, though what the story is and what it has to do with the song (if anything) is a mystery. See for yourself. And if the music happens to hit your sweet spot, the band’s MySpace page is here. 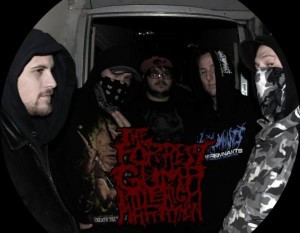 This band is from Long Island, though I believe they spend part of their time on Mars.

I got a message from the band asking us to check ’em out, and really, with a name like this, how could I resist?  But it’s not just the name of the band. They’re the first band I’ve come across that actually builds their songs — all of them, as far as I can tell — around samples from the movie Forrest Gump. I think it’s a safe bet they’ve got a lock on the gumpcore sub-genre.

I listened to two songs on the band’s MySpace, “Lt. Dan, Ice Cream” and “Smart Man”. The music is slam metal — a genre I’m only starting to get into, though’s it’s growing on me (like a particularly nasty subdermal fungus). The first song is a grinding, mid-tempo bruiser with a head-snapping slam breakdown (after you get past the sample of Tom Hanks explaining the one good thing about getting shot in the buttocks).

The second song also proceeds at a lumbering pace with hammer-to-the-head riffs and guitar squeals and short bursts of speed sprinkled here and there. The vocals on both songs are of the guttural-mixed-with-pig-squeal variety.

The music has got some decent grooves mixed with all the brootality, but I don’t know about the Forrest Gump samples. See for yourself. The album is available on iTunes.

After leaving the land of Forrest Gump, I went back to Blabbermouth and found a video of Bloodbath playing at Hellfest 2010 (June 18-20 in Clisson, France). I love Bloodbath. I love the fact that the exceptionally talented Mikael Åkerfeldt can be the creative force behind a band like Opeth and at the same time front a band like Bloodbath.

After an amusing introduction by Åkerfeldt, in which he notes (among other things) that Hellfest was only Bloodbath’s fifth live performance ever, the band launches into a song called “Process of Disillumination” off the last album, The Fathomless Mastery (2008).   Really good video quality, only average sound quality. But fuck, it’s still Bloodbath.

Well, that was the end of my metal browsing session, and it’s the end of this post. Until we meet again . . . keep bangin yo head.