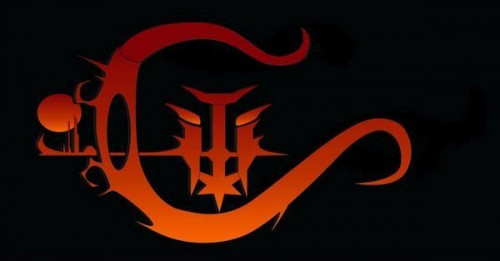 I first came across the band Citi via a MySpace “add” request we received from them — and from the first listen they spun my head around so hard, I felt like that possessed, bile-spewing chick in The Exorcist.

Initially, I was going to mention them briefly in the next episode of our “Miscellany” series, but I got so intrigued by the first few songs on their MySpace page that I downloaded and listened to their entire debut album (self-released last December), which they make available for free via a link on MySpace.

By devoting that much time, I took them out of the “Miscellany” category — and by getting completely skull-fucked by the music, I became convinced that I owed them a post.

From Bakersfield and Gonzales, California, Citi describe themselves (maybe with tongue in cheek) as “a melodic thrash death black progressive metal band.” There are a few genre labels that didn’t make it into that description, but not many.

But hey, I’m not going to argue with how Citi describes their music. It’s actually pretty accurate. Besides, since the inside of my cranium now feels like it’s been carpet-bombed by this music, I’m not prepared to argue about much of anything at the moment. I’m simply floored by this album. (more after the jump, including some tracks to stream . . .) 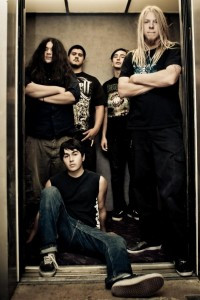 All nine songs on the Citi debut erupt with the force and pacing of some kind of high-caliber, über-fast minigun (the kind of munitions that fire 2,000 – 6,000 rounds per minute). The guitars, the bass, and the drums are all driven at lightening speed, but with head-spinning intricacy.

The riffing is particularly obliterating. It’s fast as rising daylight, but it also blazes to the beat of a hellish metronome that sets up a murderous groove.

As adrenaline-charged as the lead riffing is, the sound just fucking erupts when the single and dual-track guitar solos kick in. The shredding out-and-out burns like an acetylene torch with the gas opened all the way up, but it’s also emotionally gripping and at times sweepingly atmospheric.

Given this style of instrumentation, what would you expect from the vocals? 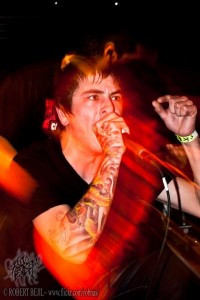 If you guessed that the vocalist would sound like he’s shrieking as if his life depended on it, you would be right. He sounds as if his throat is turning inside out, like there is literally no tomorrow, like all must be left on the playing field.

Truly, all these dudes play and sing with complete abandon and utter devotion to the performance. If they can pull off anything like this in a live show, I would expect blood on the floor. And on the walls.  And on the ceiling. Yet at the same time, the integration of the instruments is as tight as a vacuum seal.

Now as you’re trying to imagine all this, let’s add one more piece of mind-fuckery to the equation. Imagine this kind of blast-furnace music mixed and processed in a way that distorts and fuzzes-out every sound and causes the whole raucous assault to oscillate at about 200 beats per minute.

Seriously, the sound oscillates — it pulses — like a surging alternating current that’s about to blow the transformer to kingdom come. 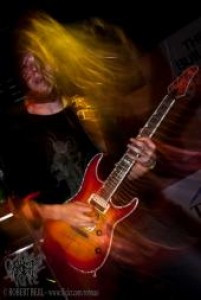 Given the speed, the brutality, and the innervating power of the music, combined with the pulsating groove and the occasionally epic bursts of melody, I was reminded of bands like Decapitated, Fleshgod Apocalypse, The Faceless, Gorod, and Ulcerate.

Of course, Citi is unsigned, and you probably haven’t heard of them. They’re probably clawing like fiends to continue creating and playing. But they deserve more attention.

Listening to Citi is like being strapped into a whipping centrifuge, inside a blast furnace, while having complex algorithms downloaded into your brain.

I guess it’s obvious that I liked their album.

Now it’s time to give you a taste of Citi’s attack. Here are links to not one, but two of our favorite tracks from their self-titled debut:

If you like what you hear, go get the rest of the band’s self-titled debut album via the download link on Citi’s MySpace page, which is here. According to their MySpace blog, they’re currently hard at work writing new material for a second album:  “It will be a mixture of Swedish death metal mixed with black metal topped off with thrash with a hint of grind and groove, that will provide you with a complete dose of extreme metal for your listening pleasure.” Hell, that sounds good to me. Bring it on!

UPDATE: We’re still listening to this album and decided we needed to put up just one more song from it for visitors to check out. It’s another shudderingly catchy bit of mayhem, but it’s also got a cool melodic guitar interlude at about the 2:30 mark. Just too much fun not to include here.

FURTHER UPDATE: At the band’s invitation (see the Comments section below), we’re putting up the whole album for download on this site. We’re using the high-speed download service we pay for  and that we’ve used in the past to download albums we like, with the permission of the bands. If you click on one of the links below, the download will start immediately and in no time you will have all the songs without wading through the front page of a download service like Rapidshare.

We’ve made the file available in two formats — .zip and .rar — in case you happen to have one type of compressed file extractor on your computer but not the other. The songs are the same in both files. Go for it.