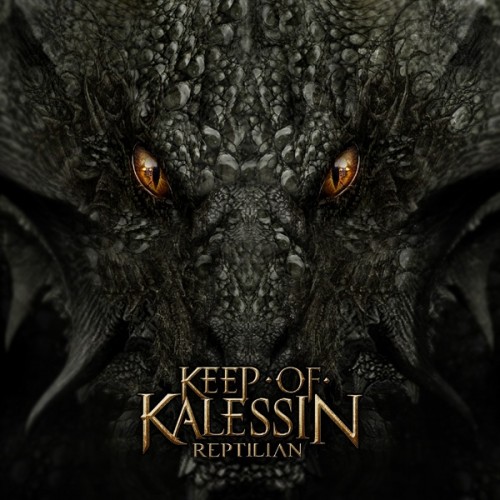 We were first drawn to this album back in April by the announcement of its amazing cover art by Brazilian graphic designer Marcelo Vasco, and we included it in the first installment of our “Eye-Catchers” series. At that point, we had one track from the forthcoming album (“The Awakening”) available to us on the band’s MySpace page, and were bowled over by it. Now, we’ve heard the entire album, and it’s filled to overflowing with draconic treasure.  (more after the jump, including a track for you to hear . . .)

As our first paragraph suggested, there’s considerable stylistic variation in Reptilian. For example “Dragon Iconography”, “The Awakening”, and “The Divine Land” are galloping rampages of melodic death metal, enlivened by rapid-fire technical riffing and tremolo-picked chords, powerfully infectious musical themes, and vocals that veer from gravelly growls to passionate shrieking to the black-mass chanting of a dragonchoir, and even some clean singing that soars like dragons in flight.

By contrast, “Dark As Moonless Night” is a down-tempo, murderously majestic anthem with ominously ringing guitars, a mix of growls and those soaring clean vocals, and lyrics that command, “Bow down in awe/And salute the dragon’s claw/Thunder from above/Fire from below.”

And then there’s the 14-minute closing track, “Reptilian Majesty”. It’s cinematic in its feel and scope, the soundtrack to a dawning new age in which “the spear of darkness has overthrown the light” and the reptilian order once again roams the land. Interspersed within this massive ode are waves of tremolo-picked fury and dense blast-beats, epic keyboard orchestration, clear guitar solos that would be at home in a hard-rock song, and lengthy prog-metal instrumental passages driven by infectious guitar arpeggios. 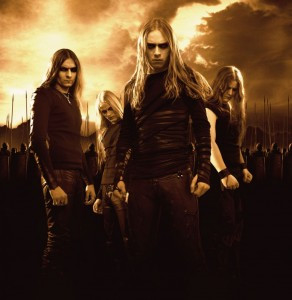 We don’t love all the songs on this album equally. There is a reason why Keep of Kalessin rode “The Dragontower” to a third place finish in the Norwegian national finals of the Eurovision 2010 contest (in competition with a bunch of pop artists): It has the most mass appeal potential of all the album’s songs — which is probably why it’s our least favorite. And on this song, the music itself isn’t quite epic enough to prevent lyrics such as the repeated refrain, “Grant me the power of the dragontower”, from sounding cheesy.

But our disappointments on this album are few and far between. It is indeed filled with gems, and for the most part the music fully realizes the lyrical imagery. As we listen, it is oh so easy for us to see the black-scaled, ancient reptile crawl from its mountain fastness, stretch its giant bat-wings as it briefly surveys the waiting world below, and then launch itself into the night sky trailing fire and smoke behind, soaring and diving in predatory magnificence as the lesser creatures of the earth scatter in breakneck mayhem or cower in fear at the new reptilian order that is dawning.

Or we could just keep it simple and say that this album is a fucking headbanger’s delight.  Here’s one of those melodeath marauders from Reptilian that we’ve been playing over and over again. Let us know what you think.

P.S. In an earlier post (which includes tour dates and places), we frothed at the mouth over the announcement of a U.S. tour featuring not only Keep of Kalessin but also Nile, Ex Deo, Psycroptic, and Pathology. Barring death or dismemberment, we’ll be there when it hits Seattle. With that awesome, stylistically varied line-up, it promises to be one of the best tours of the fall season.

8 Responses to “KEEP OF KALESSIN”