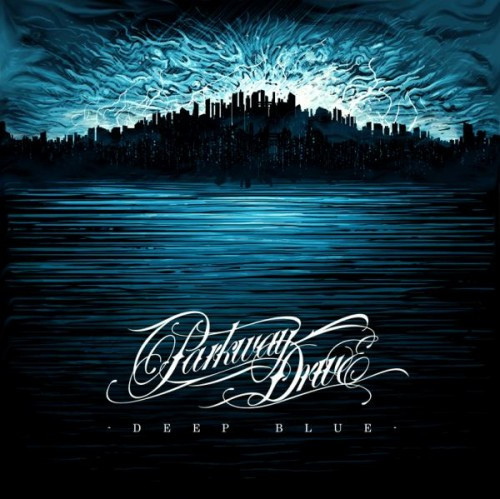 Here at NO CLEAN SINGING, we don’t spend much time looking at metal music videos. Mainly, that’s because we’re in too much of a damned hurry to get our shit done for the day — which includes imagining something to write about, writing about it, feeding the cat (that would be me), reading other metal blogs, working our fucking day jobs, dealing with the rest of the shit in our daily lives, etc., etc.

And there’s also the feeling, grown through experience, that most extreme metal music videos are going to be imminently forgettable — even when we really dig the songs — so really, why bother?

But every now and then, we see something that defies our presumptions. Case in point: the new video of a song called “Sleepwalker” by Australian metalcore band Parkway Drive. One of our NCS collaborators, IntoTheDarkness, brought this thing to our attention a few days ago, insisting that we had to watch it without delay.

Coincidentally, about 5 minutes before getting that urgent message, we’d seen a write-up on the video by Axl Rosenberg over at Metal Sucks. He thought certain aspects of the video were “kinda cool” but thought the song was “FUCKING AWFUL” and invited readers to suggest a better song that would fit the video.

So we watched the video — and it’s completely mind-blowing. Really, it is. (see for yourselves, after the jump . . .)

After watching the video, we hunted around for some info about who made it, and found this on Noisecreep:

“It took a hell of a lot of time and effort, so it’s awesome to see it come out looking so good,” vocalist Winston McCall told Noisecreep. “The song and the clip are definitely related in concept. The idea behind the clip was basically a city trying to consume its population, which ties in with the lyrical content of the song, although in a much more literal sense than intended.”

McCall wrote and story boarded the concept and gave it to band friend of Aaron Briggs, who is a CGI guru. “We basically said, ‘Can we do this?'” McCall recalled. “He said yes, and we hired a camera and Aaron and I shot the whole thing. Then he went to work with his team to create the mental stuff. All in all, they spent approximately 1,000 hours on the CGI work.”

The band chose a black and white color scheme “because we liked the feel and thought it would make the clip stand out way more. Some of the effects are done using a mixture of syrup, chocolate and food dye; others are CGI. Good luck picking which is which. Also the clip contains ‘acting’ from my dad. Legend,” McCall said.

So, if you haven’t seen this thing, you really should watch it. And the song? Well, we already knew we were easier to please than the dudes at Metal Sucks, plus we used to be big fans of Parkway Drive, so we’ve got a bit of a soft spot for ’em. Which is to say, we’re not as down on the song as Axl is. But judge for yourselves.

“Sleepwalker” is from the band’s third album, Deep Blue, which will be released near the end of this month.