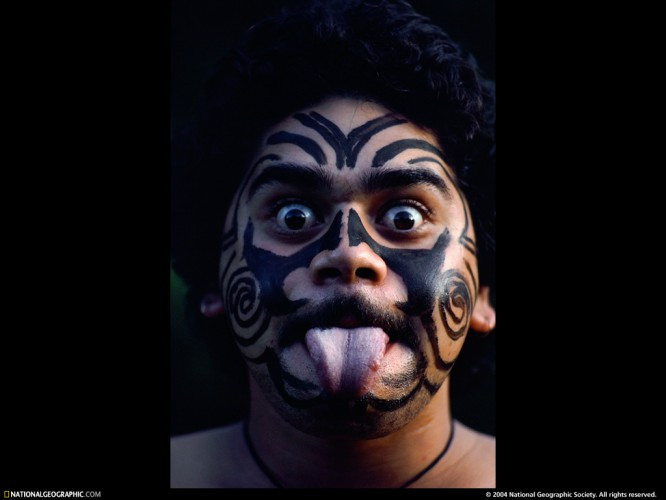 (Man, time does fly. Last June we featured a guest post from New Zealand metal blogger extraordinaire Steff Metal introducing us to six NZ metal bands. Steff saw my appeal for guest posts a couple of weeks ago and, awesome woman that she is, she responded with today’s feature on still more metal from her beautiful homeland.)

After writing about NZ Metal Bands for NCS, I made a promise to Islander and a few other people that I would share a list of some of my favourite underground New Zealand metal bands. Possibly this was a year ago – times passes, I have steamtrains to drive, mad Scottish pirates to interview, and sheep to perform unspeakable acts upon.

While our more popular metal bands – 8 Foot Sativa, Just One Fix, Tainted, Sinate – etc, bear a striking resemblance to many popular US bands, our metal underground takes inspiration from all over the world. With a population of just 4 million, a young, rugged countryside of jagged cliffs and blackened shores, and an indigenous culture with a history of brutality and cannibalism, it’s no surprise our metal tends toward the brutal side.

If you forced me to name my favourite bands with dirty/growly/unclean vocals, you’d find they all fit under the “symphonic death metal” umbrella, as Svartalvheim do – although they throw in a bit of black and doom, for good measure. This song comes from their self-titled 2009 EP.

Black metal in its purest, vilest, most chaotic form. Exordium Mors remain one of the few black metal bands I’ve seen live repeatedly, and actually enjoy. From their 2007 Serva ad Mors album (limited to just 500, in true kvlt fashion) this is a punishing track.

Emenda are one of those bands who’s bio talks predominantly about how they’re “no longer bound by the constraints of specific genres”, and how the members wanted to “dive into the realms of the infinite and discover a unique style that has never been tried before”. But if you ignore all that wankery, and IF you manage to find any of their tracks online, you will be pleasantly surprised at this avante-garde instrumental metal act.

A groove metal band with death metal aspirations, Fractured’s 2009 demo No Fear of Consequence combined aggressive riffs with an old-school groove, which comes through particularly on the drums.

With several successful European tours under their belts and something like 10,000 sales of their albums in Germany alone, Diocletian are a bit of an underground success. Their style can only be described as “chaotic”, and if you’re a fan of Revenge or Blasphemy, you’ll wet your fucking pants over this dense, rumbling cacophony of intricate disorder.

On their 2010 release War Of All Against All, you’ll also hear a bit of old school Morbid Angel on the mid-tempo sections, but mostly, you’ll hear that thick, distorted chaos, rich with blastbeats and malevolence.

Originally of Gisbourne, (you don’t even know where that IS, do you?) Metal Tower (http://www.myspace.com/metaltower) have been playing gigs around the country since 2004. I first became aware of these guys after my old guitar teacher came back from a gig in Hamilton raving about them, and dragged the lot of us down to see them the following week.

Described as “progressive death/black metal by metal archives, and “progressive CoreCore, a subgenre of EverythingCore, closely related to Technical StuffCore” by themselves (this is why you never ask a band what genre they are), Metal Tower manage to combine melodic riffs and progressive structures with pisstake lyrics reminiscent of Christchurch metallers Human.

I know I’ve missed a few – there is no need to introduce NCS readers to Ulcerate, of course – so if anyone has any more favourites from New Zealand, shout out in the comments.