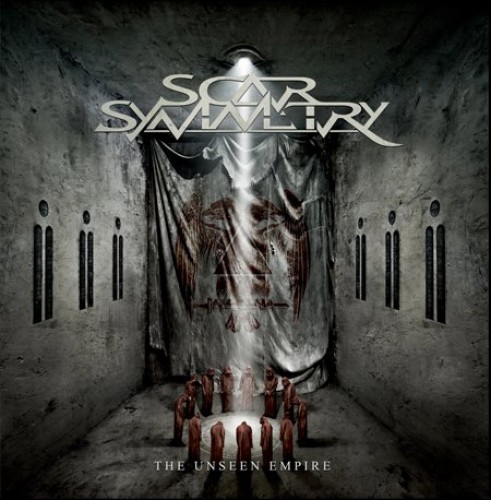 I have to admit right now that Dark Matter Dimensions was my favourite of SS’s releases thus far. Although the two new vocalists were not fully integrated together, I felt that the musicianship and song-writing on their last album was nothing short of stellar. Too often the band was referred to merely as an afterthought to the impressive vocals of Christian Alvestam, yet on this latest record the new vocalists have made huge, leaping bounds of progression, matching the capabilities of the musicians and material surrounding them as never before.

Comparing their performance with that of their predecessor is now a pleasure, rather than an unfortunate chore, as the harsh vocals are now more varied and aggressive, lower, harsher, higher, more emotionally convincing, while the clean vocals have also pushed themselves to greater heights, smooth yet unexpected melodies matched by digressions into piercing falsetto and powerful, intensely emotive singing. The new blood and new-found variety allows the band to explore vocal arrangements and melodies which would never have been possible or thought of with their previous vocalist. (more after the jump . . .) 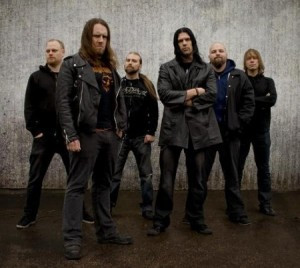 Beginning with “The Anomaly” may seem an odd choice, not introducing the album with exactly the heaviest vibe ever, as its gleaming sonic melodies and soaring lead guitar may even put off listeners caught unexpected. It does, however, quickly introduce the massively improved vocals of both co-vocalists, who seem far more comfortable in their own skin, pushing themselves to greater heights (and in the case of the growls, lower depths) at every opportunity. The winding guitar riffs prove a perfect foil for the snappy interplay of harsh and clean vocals, backed up by some extremely talented lead guitar work and impeccably tight drumming.

After hearing “Illuminoid Dream Sequence” in full on the cd, rather than via the preview stream, I get a distinctly crazier vibe than I did originally. It seems to come from an era when the genres weren’t as strictly divided, matching full on power-metal histrionics with stunning technicality (fans of Animals As Leaders will most likely be very pleased with the shredding, multi-layered guitar work) and a hefty cybernetic death metal backbone. The prominent keyboard lines add to, rather than detract from, the mechanised chaos on display, as the song flows back and forth between a mix of restrained, insistent guitar work and creative vocal melodies and hammering riffs and larynx-shredding growls. The song is also a particular treat for lovers of the lead guitar, as the instrument gets a thorough work-out throughout the track.

Much darker in tone, “Extinction Mantra” takes an overall more direct approach to things, with jarring staccato rhythms underpinning some more effective trade-offs between clean and gruff vocals, before a slow, melancholy chorus brings some gravitas to the proceedings. The mid-point of the album sees a temporary transformation of the song into a thrashier, chunkier mode, high, snarling vocals preceding a complex pattern of dual-solos and punishing rhythm playing.

In the speedy “Seers Of The Eschaton”, the band puts the pedal to the metal, with unrelenting drums and fret-blazing guitar-playing providing a perfect canvas for aurally damaging vocal assaults which use stunning, layered power (and the occasional well-placed falsetto) to pummel the listener, leaving them a prime target for the powerhouse march of the crunchy, staccato chorus. The keyboards make their presence felt by adding a certain shimmer and sheen to the sound that would be missed in their absence. The soothing mid-song breather of quiet, introspective lead guitar is a perfect primer for the off-beat soloing that follows, before the song plunges back into a full-speed assault on the senses for the song’s conclusion. 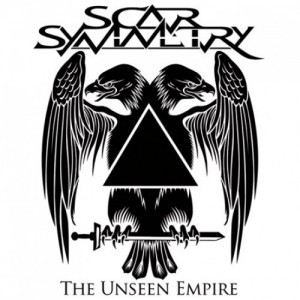 “Domination Agenda” epitomises the new confidence of the band’s clean vocals with its stylish focus on grandiose cleans, supported and given bite by carefully placed harsh vocal passages. The sonic excess of the track is a joy to listen to, less interested in pursuing the “heavy” dream than it is in building up endless layers of successive melody and technically adept riffage. The band do bring the heavy during the bridge though, a barrage of industrial strength riffs and the phenomenally powerful growls of Robert Karlsson taking centre-stage. Interestingly they also toy with the chorus formula during the song’s conclusion, adding a nice bit of variety to their delivery in the process.

“Astronomicon” recalls the prime material of Pitch Black Progress in both tone and delivery, without feeling derivative of the band’s own history. The back and forth between the majestic clean vocals and guttural growls is as potent as ever, the layering between the two particularly effective, and the trade-offs during the steady-paced, reflectively melodic chorus stamp home a strong sense of confidence and identity. Some brilliant rhythmic interplay underpins some fantastic soloing at around the ¾ mark, both guitarists trading off complex fret-scraping note patterns, the varying speeds allowing for each solo section to tell a separate chapter of the overall story.

With “Rise Of The Reptilian Regime”, we find the album’s magnum opus, a soaring introductory lead quickly giving way to the machine like tightness of Henrik Ohlsson’s drumming barrage. The passionate clean vocals of Lars Palmqvist dominate proceedings early on, the man putting in the performance of a life-time as he matches epic delivery with a believable sense of passion and integrity, a sensation maintained by the devastating growling abilities of his partner in crime. The ludicrously effective pre-chorus builds anticipation effortlessly through its smooth, mellifluous vocal lines and interplay of tapping lead guitar and shimmering keyboard lines, but is a mere appetiser before the meaty, crushing chorus stomps into town. Utterly monstrous and irresistibly infectious, the back and forth between the two singers, over the stop-start cybernetic march of the group’s rhythm section, crafts a chorus of controlled power and primal rage that lifts the song with every iteration.

The pomp and stomp of “Rise Of The Reptilian Regime” is matched perfectly by the clean, futuristic shine of “The Draconian Arrival”. The intriguing, interesting guitar work allows for smooth, melodic vocal lines and harsh, barking patterns to match wits with a sense of fire and urgency which is only accentuated by the insistent, propulsive chorus and glimmering, agile finger-work of the song’s solo. Darkly grandiose melodies and pitch-black theatrics take the song in a new direction part way through, bleak and inhuman keyboard melodies playing off against the vicious growls and serrated guitars, before the band smoothly work their way back to the shining melodies and insistent momentum which characterise the song as a whole. 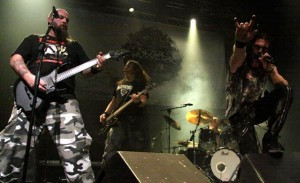 Closer “Alpha And Omega” is an all-out aggressive assault for much of its run-time, a gleaming, modern killing machine, all sharp edged riffs and scorching vocal refrains. Even the melodies introduced during the pre-chorus are bolstered by a crushing rhythmic backbone. By contrast, the cleanly crooned chorus recalls prime 70’s and 80’s progressive rock with its steady drum-beats and layered, almost operatic vocals. The backing vocals and keyboards are of particular note, exploiting some clever and original twists to shift the focus naturally throughout the track. A fluid, wah-drenched solo introduces the song’s middle-eight, the two guitarists trading off licks and runs with a fiery abandon throughout the consistently stunning solo section. Effortlessly shifting momentum, the band merges back into the progressively inclined chorus for the last time, before morphing into a metallic behemoth for the song’s final few bars.

Although I’ve seen the band dismissed as “pop metal” numerous times, this is such a limited, reactionary view. Sure, the band’s sound is crisp and clean, shining and futuristic, but this gleaming efficiency fits them perfectly. It doesn’t seem forced, but fits the futuristic mien of the group. No pop group writes complex and layered songs this well, mixes styles with such aplomb, or performs with such perfectly contained and encapsulated power.

In truth, closer comparisons would be both Dream Theatre and Devin Townsend, acts for whom the use of massive melodies and glittering, almost otherworldly harmonies are but one element of a progressive, experimental spirit and fearless individuality. Scar Symmetry are clearly more direct and aggressively metallic, but there is a similar progressive spirit at play here.

Is there a formula at work here? Well yes, of course there is, but thankfully it is one with grand scope and forward-thinking vision. The endless supply of melody tapped here is artful, ambitious and reassuringly complex . . . but “pop”? Not on your life.

EDITOR’S NOTE: For your listening pleasure, here’s “Rise of the Reptilian Regime”: