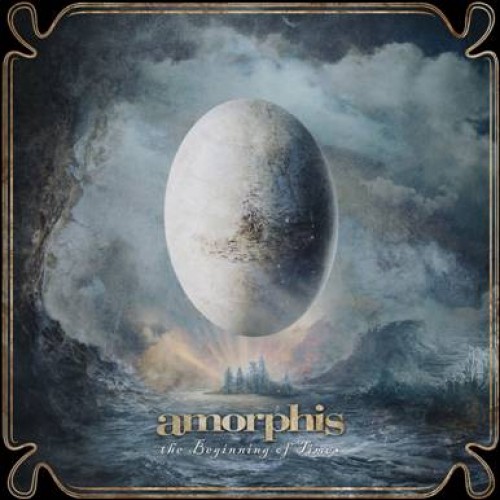 Today Amorphis began streaming a second song from their next album, The Beginning Of Times, which is scheduled for release on May 27 via Nuclear Blast Records. This one is called “My Enemy”.

Now, we already warned you in our post about the first song released from this album (“You I Need”) that although we weren’t blown away by that song, we were going to continue covering developments about this album like a wet blanket. Actually, what we said was this: “. . . we’re probably going to run a feature every time anyone in the band belches or farts between now and May 27.” So far, we haven’t been tested on that boast. Fortunately, what we have today is an actual song rather than an expulsion of nether-wind.

So what about this song? Well, you can tell it’s an Amorphis melody from about the first 2 seconds — and then the first vocals you hear are GROWLY (yes!). The song includes some heavy riffing too go along with those gruff vocals, and the chorus melody is just fine. I’m calling this a step up from “You I Need”). Speaking of that first song, Amorphis is filming a video for it, which will be available in the coming weeks — and I’m sure we’ll stick it up here at NCS pronto.

Now go past the jump and listen to the new song.

8 Responses to “AMORPHIS DEBUTS SECOND NEW SONG FROM NEXT ALBUM”