This site is called NO CLEAN SINGING for a reason. It’s not just a gimmick. We really do prefer our metal with harsh vocals. In part, that’s because the music of bands who feature unclean vocals tends to be extreme in other ways we like, too. But we’re not completely dogmatic about the “no clean singing” thing — we do like some metal that mixes clean and unclean vocals (see Andy Synn’s review of Scar Symmetry’s latest album yesterday, for example), and on even more rare occasions, we enjoy metal that includes nothing but clean singing. We call that kind of music “Exceptions to the Rule”.

Today, we want to write briefly about two recent albums that fall into that category of exceptions — the debut album from UK doom lords 40 Watt Sun and the unusual (and amazing) second album from a French band called Arkan. We’ll get back to our usual, nasty fare in our next post.

We don’t claim to be experts in the genre of traditional doom metal. We try to provide variety in the music we cover at NCS, but doom is a category that we just don’t listen to very much, and as a result we’re fairly ignorant on the subject. In fact, we’re so ignorant that we knew nothing about this band and listened to a promo copy of their new album without any idea of what the music would sound like. If we’d known more about it in advance, we probably would have skipped over it. Ignorance can sometimes be a good thing, because we’re damned glad we discovered this band’s debut, The Inside Room. (more after the jump, including tracks to hear . . .) 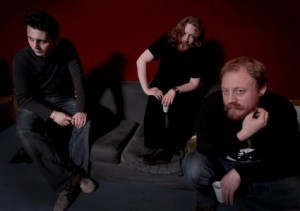 The album may be a debut release, but it turns out that 40 Watt Sun features some iconic talent from the doom genre — vocalist/guitarist Patrick Walker, in particular. Walker was part of a doom trio called Warning, who put out only two albums and a farewell EP before disbanding. Based on our reading, that second album, Watching From A Distance (2006), appears to have captured the hearts of lots of doom fans. 40 Watt Sun is Walker’s new project, and he’s joined by another Warning alum, Christian Leitch, on drums and a bassist named William Spong (who also mixed and mastered the album — which was recorded in a span of only three days and nights)

The music is in many ways the opposite of what we usually look for in our metal. It’s slow, it’s not technically flashy, and the singing is 100% clean, from start to finish. It’s not the kind of music we’re likely to make a part of our daily or even weekly personal rotation. It’s beautiful, but it’s melancholy air is so relentless that (for us) it’s more an accompaniment to a certain kind of mood than something likely to become an old friend or constant companion. Having said all that, it’s deeply memorable, emotionally affecting music.

The Inside Room comprises only five songs, and they’re long ones. Four are between 9 and 11 minutes in length. The fifth, and shortest, is almost 7 minutes. The basic ingredients are easily stated: The tempo is down, the guitars are heavily distorted, the songs depend on repetition of component musical passages, and the vocals are clear and plaintive.

But stating the ingredients in their simplest terms and describing the results are two very different things. Those low-register, fuzzed-to-the-max guitars will rumble you in the gut, while the clean guitar leads and acoustic sections will pick you up and send you winging into the sky or float you down a dark river of sorrow. The rhythm section, as you might expect, given the down tempo, won’t drop your jaw with their technical wizardry, but they’re tight and provide an interesting counterpoint to the melodies. And those vocals — they’re really the key to these songs: Walker has a soul-baring style that’s powerfully gripping, and although they suffuse the music with an atmospheric air of sadness, they don’t wear out their welcome.

And then, there are the melodies. I defy you to listen to any one of these five tracks and not have the melodies ringing in your head for hours and days after. They’re brilliantly conceived and beautifully executed. Here’s an example:

The Inside Room is out now on the wonderful Cyclone Empire label, which is also home to some of our favorite extreme metal acts. You can order the album on wax (with a bonus track) or CD from the Cyclone Empire web store, and Amazon.com is selling it, too. For more info about 40 Watt Sun, check their Facebook page. 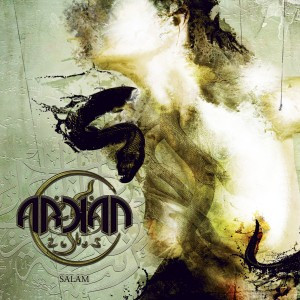 Arkan (not to be confused with Achren or Arkhum — other bands we also like a bunch) is an unusual French metal collective with an EP and two full-lengths to their credit, including the recently released Salam. Founded by percussionist Foued Moukid in 2005, the band’s music is a fusion of melodic death metal and Eastern melodies and rhythms, especially ethnic music from Algeria and Morocco.

The songs on Arkan have a more pronounced extreme edge to them than those on the 40 Watt Sun album, and the vocals do include deep, ragged growling (courtesy of Florent Jannier), but they work in tandem with striking clean vocals by Sarah Layssac. The album also includes a guest vocals by Orphaned Land‘s frontman Kobi Farhi (Arkan toured with Orphaned Land in 2010).

Combining male growling and clean female vocals in the voicing of ethnically influenced extreme music certainly isn’t a first — it has become a staple within the folk-metal genre. But whereas we tend to find those combinations uninteresting most of the time, and many of the bands who employ them indistinguishable from each other, that’s not true of Arkan.

Arkan blends the cathartic force of powerful riffs and hammering rhythms with beautiful (and infectious) Eastern melodies in a way that’s irresistibly winning. The juxtaposition of Jannier’s lion-like roars with Sarah Layssac’s vivid clean vocals — which are as powerful in the alto range as the soprano — make for a fascinating combination. Special mention must also be made of Mus Elkamal‘s acoustic interludes on that ancient stringed instrument, the oûd. It lends to this album a sublime bridge between the new and the very old that many folk-metal bands try, but fail, to achieve.

We have many favorites on this album, but the following song is way up there in our affections. It’s a good example of everything that’s right about Salam. All you vicious metalheads out there, clear your heads of whatever prejudices you may hold about melodic metal female vocals and give this a chance.

Salam was released on April 18 and can be purchased as a CD digipack from the Season of Mist web shop, and it’s also available for download on iTunes and Amazon MP3. Here are the links for Arkan’s official site and their MySpace page. 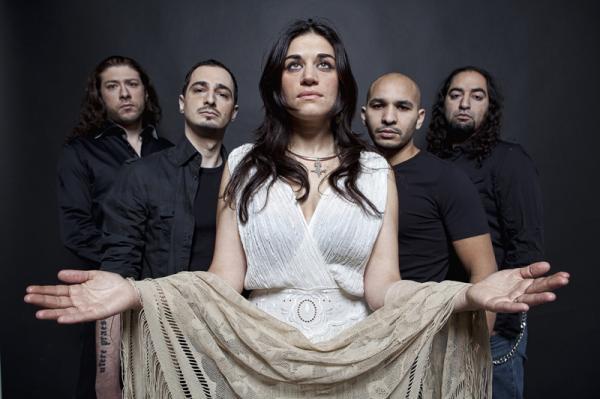