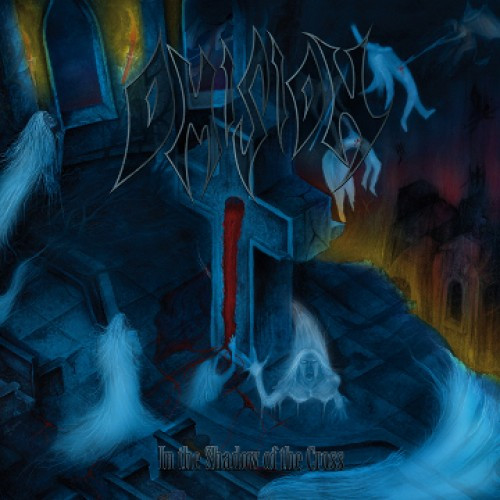 According to a press release we received, the new album “is recommended for fans of old school death in the vein of Terrorizer, Possessed and like-minded rippers.” Say no more! Let’s have some music! And so we shall.

From what I’ve heard so far, Omision is faithful to death metal of the old school, perhaps more the New York School of death metal than the Swedish school. The song I’ve got for you is called “Assault in the Vatican”. This song is more like a track-meet of the dead than a shambling lurch — though there’s a middle section when the pace drops and the rancid riffing gives way to a doomed melody with what sounds like some acoustic picking in the background. The production gives the song a raw, meaty sound, which suits the throw-back approach to the music. Check it out:

You can procure In the Shadow of the Cross from Mexico-based label Chaos Records (here). For more information about Omision, here is their MySpace page and here is their Facebook. 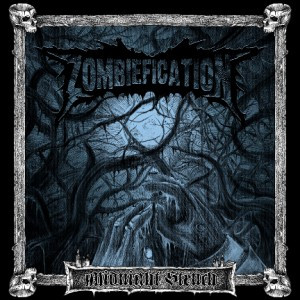 Up to now, I’ve only heard one song from Midnight Stench, but for someone like me whose appetite for morbid, grinding, Swedish-style death metal in the vein of bands like Grave is insatiable, it’s very fucking sweet. The guitars sound even more down-tuned than the Omision track, the vocals are hair-raising, and there’s a nasty guitar lead that pierces through the chainsaw howling.

Here’s the track I heard, called “Blood & Disgorge”. How can you not like the name of that song?

That Mexican label called Chaos Records has recently issued snazzy vinyl versions of Midnight Stench for those of you who are into vinyl (and I don’t mean clothing). You can explore those options here.

For more info about Zombiefication, here are some links: Facebook, MySpace, ReverbNation 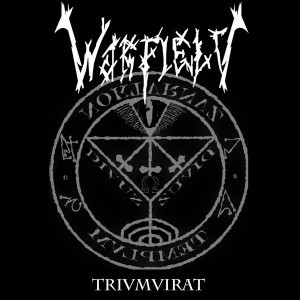 Warfield is a black metal band originally formed in 2006. They released a debut album in 2009 called Conquering the Black Horde and followed that on March 25 of this year with an EP called Trivmvirat, which has been released by — guess who? — Chaos Records. The EP includes three new studio recordings plus live recordings of three previous songs.

So far, I’ve again only heard one of the new songs from the EP — “Trinity” — and that’s what I’ve got for you as our final offering in celebration of Cinco de Mayo. “Trinity” begins with the tempo backed way down, a melodic funeral procession that will make you feel like you’re the one in the coffin. But then the band turns on all the burners and the song really begins to smoke. That doesn’t last long before Warfield backs the tempo down again — without losing any of the intensity.

Everything about this song crushes without mercy, but the un-triggered, unceasing rumble of the double-bass and the jackhammer assault of the blast-beats (which produce a tone I don’t often hear) left a particularly deep mark on my cranium.

If you want to learn more about Warfield, use these links: Facebook, MySpace

Cinco de Mayo has its roots in the French occupation of Mexico, which took place in the aftermath of the Mexican-American War of 1846-48, the Mexican Civil War of 1858, and the 1860 Reform Wars. These wars left the Mexican Treasury in ruins and nearly bankrupt. On July 17, 1861, Mexican President Benito Juárez issued a moratorium in which all foreign debt payments would be suspended for two years. In response, France, Britain, and Spain sent naval forces to Veracruz to demand reimbursement. Britain and Spain negotiated with Mexico and withdrew, but France, at the time ruled by Napoleon III, decided to use the opportunity to establish a Latin empire in Mexico that would favor French interests, the Second Mexican Empire.

Late in 1861, a well-armed French fleet stormed Veracruz, landing a large French force and driving President Juárez and his government into retreat. Moving on from Veracruz towards Mexico City, the French army encountered heavy resistance from the Mexicans near Puebla, at the Mexican forts of Loreto and Guadalupe. The 8,000-strong French army attacked the much more poorly equipped Mexican army of 4,000. Yet, on May 5, 1862, the Mexicans managed to decisively crush the French army, the best army of the time.