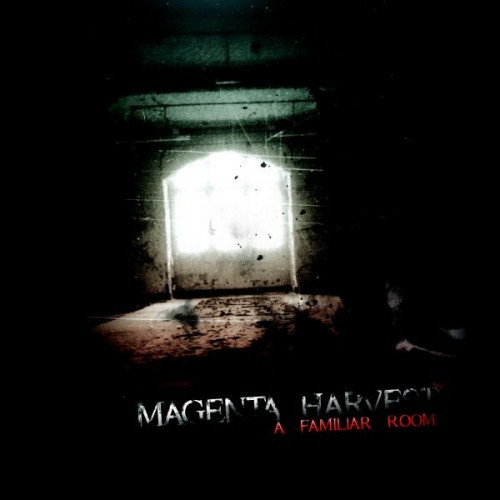 This seemed like a good day to check in with some Finnish metal bands. Actually, every day is a good day for that, Finland being the most metal country on the planet, human pound for human pound. We picked two bands to feature in this post. The first one, Magenta Harvest, I’ve been meaning to write about for months. I continue to tell myself that late is better than never, which is true of many things, not including rectal cancer.

The other focus of this post is Norther. We knew their next album was coming out sometime soon, but it still managed to sneak up on us, notwithstanding our ninja-like senses. Last month, Circle Regenerated was released in Finland first and then elsewhere in Europe before April ended. I still haven’t found an official North American release date from Century Media for the CD yet, though it’s now available as an import — and the digital album has been available at Amazon MP3 and iTunes since April 19.

Unfortunately, I only got the album yesterday, so I still haven’t listened to the whole thing, but we’ll have some Norther music to finn-ish off this post anyway.  But first, let’s talk about . . . 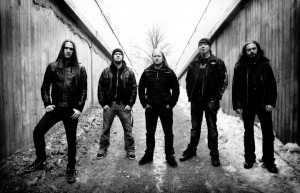 What first caught my eye about this band was the news early this year that Mathias Lillmåns had joined the band as its vocalist. Mathias Lillmåns (aka Vreth) has been the vocalist for Finntroll since about 2006 (as well as the vocalist/bassist for a black/death band called Chthonian). Finntroll is one of my favorites, so I was interested in learning more about this project. Out of the blue, I got the chance.

In early March, Timo Kontio (one of the band’s guitarists and co-founders) sent us a download of the band’s debut EP, A Familiar Room. I listened to it pretty quickly, thought it was righteous, formed the intent to write about it, and then got distracted. That’s not a rare occurrence, since I have the attention span of a hummingbird on meth.

Anyway, this band rose from the ashes of a previous band called …and Oceans (which is where Timo and drummer Janne Manninen came from), and it now also includes another Chthonian bandmember (bassist Jonas Frilund) as well as guitarist Timo Hanhikangas (Total Vomit Experience) (awesome band name, by the way).

A Familiar Room includes four songs, and the name of this game is death metal — the kind that punches the air with relentless head-snapping riffs and will make you want to mosh with the furniture (unless you have some other human beings in the vicinity who won’t mind a good body-slam). I’m really not exaggerating. The EP is packed with massive up-tempo rhythms, anchored by a top-notch drummer. The damned thing is a groove-machine.

But that ain’t all. Those explosive riffs are mixed with dark, dissonant lead-guitar melodies that you’ll remember. They make each song stand out and stay in your head like an ominous but welcome dark visitor, from the convulsive gallop of “Sermon” to the blackened, Dissection-like, title track. And let’s not forget the vocals: They’re beastly. Whether roaring with hunger from a deep place or rising like the cry of a wolf calling to his kind under a full moon, Mathias brings an air of slavering menace to the whole enterprise.

So, for me, the verdict is in: We have a serious new player on the global death-metal scene. This is a band to watch. Here’s the opening track:

A Familiar Room is available for free download (with the band’s permission) at Death Metal Invasion. Check out Magenta Harvest’s Facebook page here. 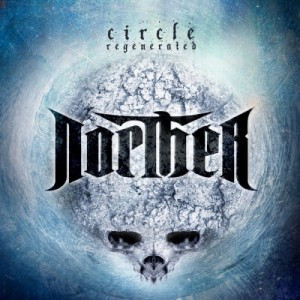 As fans of Norther know, Circle Regenerated is the band’s first album to include former Imperanon frontman (and current Medicated frontman) Aleksi Sihvonen and  Naildown guitarist Daniel Freyburg instead of vocalist/guitarist Petri Lindroos. To some people, this means Norther is no longer Norther. But let’s be real — band line-up changes are a a near-constant occurrence. You may notice differences in the sound or the song-writing and either abandon your allegiance or still like what you hear despite the changes, but that’s about all that should happen.

We’re Norther fans here at NCS. We can’t help but be curious about what the line-up changes have meant. We’ve heard the two tracks that were released for streaming before the album hit the streets, and we still like what we’re hearing. Norther has made one of those songs — “Break Myself Away” — available for free download here. That song is a blaster. It launches with a visceral attack of riffing and includes a catchy little keyboard trill, floating in and out, an infectious chorus, and a cool guitar lead/solo. It sounds like a cross between Children of Bodom and Soilwork.

To conclude this post, I decided to just stab another song randomly off the Circle Regenerated track list, since I haven’t yet listened to anything but the two pre-release songs. The one I picked is the 8th song on the album, “We Do Not Care”. In fact, I’m not even going to listen to it until it goes up on this post, so I’ll be hearing it along with you. If you’ve listened to the whole album, I’ll be curious to hear what you think — leave a comment with your opinions if you’ve got the time. Check out “We Do Not Care”, and enjoy the rest of your fucking Friday.

5 Responses to “FINNS FOR FRIDAY: MAGENTA HARVEST AND NORTHER”