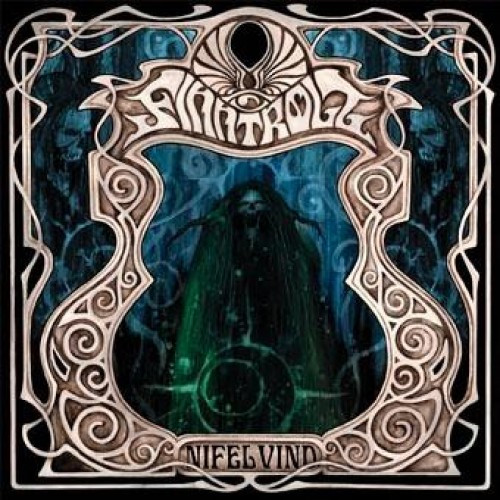 Another day, and two more entries on our list of the year’s most infectious extreme metal songs.  For a full explanation of what we mean by “most infectious”, read this. And to see the songs we’ve named so far, click the Category link over on the right called MOST INFECTIOUS SONGS-2010.

In a nutshell, what we’re doing is listing, in no particular order, the catchiest songs from a wide range of extreme metal sub-genres — not necessarily the best metal of the year (though lots of these songs would qualify for that kind of list), but the ones that most effectively got our heads and other parts of our bodies moving, and then continued to ring in our tiny brains even after they ended.

We ended Part 3 of this series with a band from Finland — Kalmah — and we’re starting Part 4 with another unique Finnish juggernaut: Finntroll. And then, in keeping with the folk-metallish theme of today’s entry, we’re following that up with a song from Switzerland’s Eluveitie.

Times like this, I wish I had really long hair, because these songs make me want to whip it around in a big fucking windmill. On the other hand, with my luck it would be caught in an air intake vent and be torn out by the roots. Or the cat would freak out and leap for my head with claws bared. So, maybe it’s just as well. 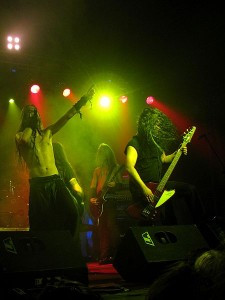 Finntroll’s 2010 album Nifelvind made the best-of-2010 album lists posted by several of our guest contributors last week. If we’d made our own best-album list, it would have been on that one, too. There’s much more diversity in the songs than you typically find in an album, and Nifelvind turned out to be one enormously pleasant surprise after another. We can’t do better than quote Timbus (Nekrogoblikon), from his guest post last week:

“Oh man, these guys surprised the FUCK out of me. Just when I thought that Finntroll was moving off into irrelevance, they drop this fucking monster. Their previous effort, Ur Jorden Djup, had recovered their black metal roots that were almost completely gone on their previous two albums (Nattfodd and Jaktens Tid), and so I had assumed they were going to do one of two things – release an even more drony black metal effort, light on the keyboards and heavy on the blasting, OR something incredibly silly to try and win their fans back.

“Instead, they got back to what they do best – finding the perfect balance between being a heavy earnest death metal band and being a catchy pagan/folk performance act. They brought back weird instruments (this album has kazoo on it, no bullshit) and did some very off-the-wall things (two versions of the same song, metal & acoustic). Also, this album is self produced, and it sounds AMAZING.”

The song from Nifelvind that we’ve picked for our “most infectious” list is called “Solsagan”. It’s just a fucking great song, and we had the pleasure of hearing Finntroll perform it live earlier this year in Seattle. Listen, or re-listen, as the case may be:

UPDATE: As discussed in the comments below, there was another obvious candidate for this list from Nifelvind — “Under Bergets Rot”. And it happens that the official video for the song is a kick to watch. So, we decided to stick it in right here: 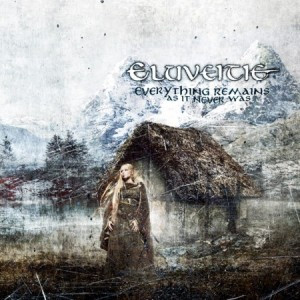 Eluveitie’s 2010 release is called Everything Remains As It Never Was. My NCS collaborator IntoTheDarkness named it to his short list of the year’s best five albums, calling it the “best folk metal album of the year — super catchy”.

Whether the album is one of the year’s five best is a debatable proposition.  One could argue (as our guest contributor Andy Synn did in one of his posts last week) that Eluveitie chose “to consolidate their sounds, rather than really attempt much further progression”, and that the album doesn’t stand up to the quality of Slania or Spirit.

Whether you loved the 2010 release or were disappointed at its unevenness, we think it was worth the price of admission based largely on the strength of one song. “Thousandfold” is a soul-stirring marriage of Celtic folk melody (implemented with hurdy gurdy, violin, pipes, and flute, of all things) and Gothenburg-style melodeath riffage. It stomps and exults, and when Chrigel Glanzman bellows the chorus — “Behold! / All our gold! / Thousandfold!” — we want to bray right along with him (even though we haven’t a clue what the lyrics mean). Start windmilling:

There’s a video for this baby, too, with over 2 million YouTube hits.  Might as well serve it up, too:

7 Responses to “OUR LIST OF 2010’S MOST INFECTIOUS EXTREME METAL SONGS: PART 4”