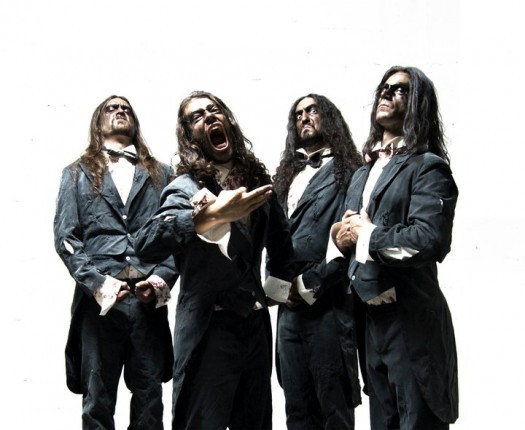 Earlier this week, our bro BadWolf put up a note of well-deserved congratulations to Battlecross on their signing with the formidable Metal Blade label. Yesterday, we saw news of two other signings by bands we dig mightily — Fleshgod Apocalypse and Malfeitor. We’re mightily happy about that, especially because of the accompanying confirmation that we’ll have albums from both bands in our not-so-distant future.

On April 5, our favorite Italian metal band, Fleshgod Apocalypse, put up this note on their Facebook page: “We are really hard at work on a brand new album for a summer release. Ideally during Summer Slaughter Festival in North America. We are seeking a new home as well.” As of yesterday, they found their new home, with the announcement of a worldwide deal with Nuclear Blast Records. It’s worth remembering that these dudes have only produced two releases — Oracles (2009) and the Mafia EP (2010) — and yet they’ve ridden those attention-grabbing albums to considerable critical and popular acclaim, paving the way for this auspicious label signing.

And yes, yesterday’s announcement included the confirmation that  the band are currently wrapping up work on a second full-length album with an expected release date “sometime around this year’s Summer Slaughter Tour.” Which is just fuckin’ peachy. Truth be told, this band’s appearance on Summer Slaughter is what I’m most anticipating from that tour. It will be especially sweet to hear them play songs from a brand new album. Congratulazioni a Fleshgod Apocalypse!  (more after the jump . . . including tunes) 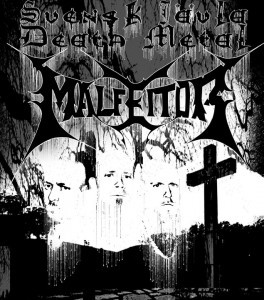 FA’s announcement of its deal with Nuclear Blast wasn’t the only welcome news of label signings yesterday. We also got word that Sweden’s Malfeitor are currently in negotiations with Poland-basd Hellthrasher Distribution to release a full-length CD in early 2012, which will include both digipacks and jewel cases, with worldwide distribution.

If you’ve been slumming on our site for very long, then you already know about our growing fixation with Malfeitor. Since re-forming after a 17-year hiatus, they’ve been doling out new songs on a more-or-less regular basis since mid-March (a total of four so far), and we’ve posted about every one of them. If you haven’t yet set aside time to listen to this nastiness, you owe it to yourself to do that shit — at least if you like you like horrific, old-school Swedish death metal played by musically talented dudes who have synced up their souls with the evil spirits of the restless dead.

Our post about the band’s most recent song release (which includes linkage that will take you back through the preceding Malfeitor posts) is at this location, or you can hear all the songs on the player at Malfeitor’s Facebook page (here).

Oh fuckit, let’s go ahead and stick some FA and Malfeitor songs in here to honor all this good news. Death fucking metal.