The video is for a song called “Trapped In An Hourglass”. Very cool music — fast-paced, Finnish-style melodic death that’s both catchy and cathartic, with two admirable guitar solo’s (one of which is a jazzy bit of picking at about the 3:00 mark), some clean vocals that even I like, and evidence that Finnish howlers can even shriek underwater.  (more after the jump . . .)

For more information about the band, visit www.myspace.com/mygrain.

Raise your hand if you’re a fan of Emperor.

Wow, that was a lot of hands, though I’m not surprised. Did you know that some companies called Metal Swamp (Czech Republic) and Tryzna Production (Slovakia) are planning to release an Emperor tribute album later this year? Well, now you know. And why should anyone care? Because of the bands that are lined up to contribute tracks.  Check it out: 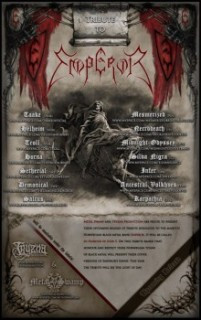 We’ll let you know when the album drops and how to get it. It looks like a potential must-have kind of thing for black-metal fans.

This is diverting, don’t you think? 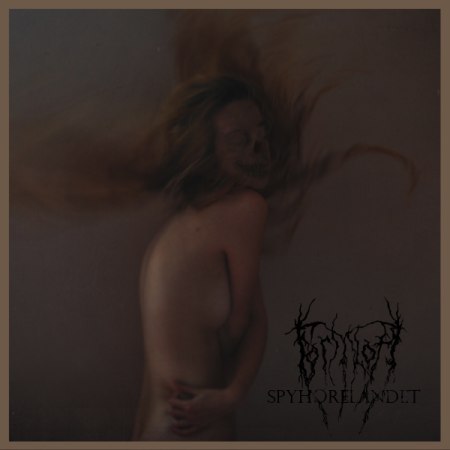 I hope you can see it in detail. If not, you may need to do whatever it is that lightens computer screens. It’s the cover to an unreleased album called Spyhorelandet by an unsigned Norwegian band called Formloff. According to a press release, the album is a collection of “rural black metal, thematically embracing the tragedy of everyday life.” The lyrics are completely in Norwegian (in what is described as a rural dialect).

Formloff appears to be a two-man project — Bernt Karsten Sannerud (vocals, keyboards) and Marius Blekspetl Sjøli (vocals, guitars) — who recruited session musicians to help them achieve the sound they wanted for the recording.

During my mid-day break, I only heard one track. It’s dissonant and dark and geared toward the creation of a bleak atmosphere, but I thought it was engrossing and interesting, in part because it includes a saxophone, which I don’t often hear in black metal. If this sounds like something that might appeal to your tastes, as it did to mine, here’s the song (“Skævven”):

More Formloff music is available at their SoundCloud page (here).

Okay, enough NCS diversion for now. Enjoy the rest of your fucking day.