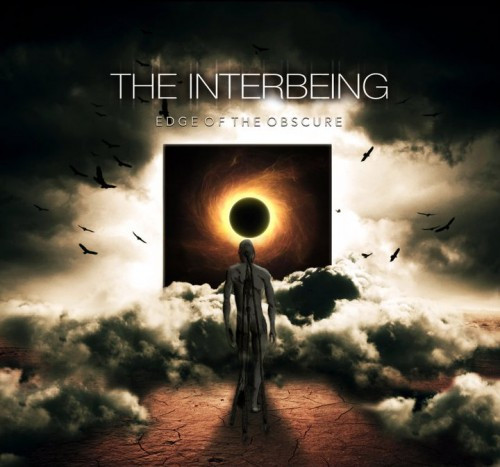 (We’re pleased to introduce our newest NCS contributor, Israel Flanders, formerly of THE METAL REGISTER. Israel’s metal interests generally align with our own, but we also expect he’ll be providing content on some metal genres (such as djent) that have gotten fairly short-shrift around here. And now, Israel’s first NCS post . . .)

Do you remember the days when Mnemic used to be good? When Michael Bøgballe used to be their vocalist and they knew how to throw down sick-ass polyrhythmic grooves? So do I, and I’d hoped I’d find a band who’d be able to re-channel that vibe again. We’re going to talk about a band today called The Interbeing, and their debut album Edge Of The Obscure, which was released May 2nd of this year.

As you’ll no doubt come to slowly find out, I am a huge fan of ANYTHING that Jacob Hansen has produced (vocalist of legendary Danish thrashers Invocator), and this is no exception. What we have here is slightly mathy groove-metal with harsh, biting vocals and hints of melody, as well as some cyber/industrial tinges and overhangs. If you ever wanted to hear a combination of Mnemic and Sybreed, this would certainly be the band for you.

The album opens up with the ambient, mood-setting instrumental “Elusive Atmosphere”, which slowly ushers you into a very simplistic techno loop. You can feel the buildup coming, and once it hits, you get your balls fucking rocked by the brutal opener, “Pulse Within The Paradox”, and you know instantly, once the slightly polyrhythmic groove starts, that you are in for a ride.  (more after the jump . . .) 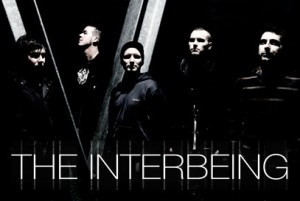 I want to know who isn’t going to bang their head to the groove that’s laid out once the intro is over, or who is going to be able to deny the sheer attitude coming through the speakers. This is very no-nonsense metal that doesn’t fuck around with semantics or sonic conjecture, and you instantly know this once the first chorus of the song (with some nice Blade Runner-like synth action) kicks back in with a change-up of the drums switching to a furious stomp.

The song continues, as established, except for a neat atmospheric refrain in the middle, with the mathy droning of a single note moving onto the next song “Tongue Of The Soiled”, opening with the churning of a mangled mess of sound that bellows like grinding machinery and launching immediately into ANOTHER sick-ass groove (“sick-ass groove” is a recurring term in this review, so let’s just say SAG from now on). This is also the first time we hear clean vocals on this album, and they emerge with a nice cybernetic-sounding quality that prevents them from coming off as weak or mood-killing.

It would be a bit of redundancy for me to go over every song, because it’s all the same formula (in this case for success). It’s tight, industrial and cyber-tinged groove metal with some slight djentisms for good measure (and lots of SAGs).

This is one of those albums that’s just good in a no-bullshit kind of way, an album that doesn’t have to try to be good, it just is. The production is clean and tight, but it assists the music in the appropriate manner. The guitars are the trademark Jacob Hansen gritty, heavily mid- and treble-focused tone; the drums have a tight, compressed sound that fits the industrial vibe of the music; and the bass is present enough to be noticeable, which adds some much-needed beef.

The vocals are very much in the vein of Michael Bøgballe when he was in Mnemic; however, there is more power to the voice of vocalist Dana Toibin. His clean voice also distinctly lacks the whine factor, which helps quite a bit, making the sing-along choruses more than welcome.

I’ll leave you with “Pulse Within The Paradox” to help you decide whether this is worth checking out. If I had to give a score, this would merit a solid 4/5 for sure. This is definitely worth hearing and jamming. It’s one of Q2 2011’s best albums thus far.

EDITOR’S NOTE: Edge of the Obscure is available for purchase and digital download at The Interbeing’s Bandcamp page (here).

5 Responses to “THE INTERBEING”