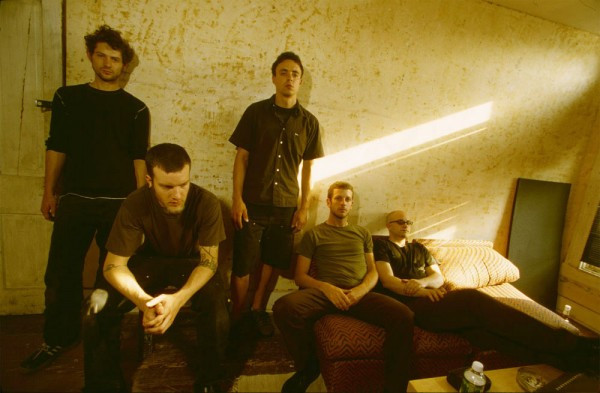 We just got an e-mail from NCS writer BadWolf about the news that’s the subject of this post. This may be too much information, but he says he got so excited that it made him come. I suspect there are other Isis fans who visit this site. If this news also makes any of you ladies and gents come, too, then I’d say our work here is done for the day. I myself did not come. I did get some wood, but it may have been because the cat picked that moment to rearrange his sleeping position in my lap.

Where was I? Oh yeah, five live albums from Isis. Here’s the deal: Isis has been disbanded for just under a year, but they’re saying good-bye in grand fashion by announcing that five live recordings from their back-catalogue will be released digitally this summer. Four are of single shows and a fifth is a compilation. They will be released every two weeks between May 31 and July 26.

Individually the albums are priced at $5.99, while the whole set is $20. Pre-order packages are supposed to start selling soon at this location.

As for what the former members of Isis are up to these days, we’ve got a bit more news after the jump.

Based on our recent browsing, Mike Gallagher is scoring films (most recently 22nd of May) and creating music under the MGR moniker. Aaron Turner is working with Faith Coloccia on Mamiffer and House of Low Culture. Jeff Caxide is creating CRONE with a release forthcoming. Clifford Meyer is working on two new projects: Windmills By The Ocean and Taiga as well as continuing with Red Sparowes. And Aaron Harris is continuing his production career as he currently wraps up work on Lesser Key‘s upcoming album.

There you have it.