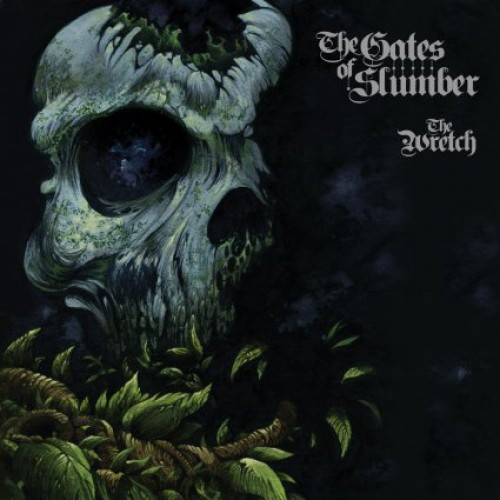 (NCS writer BadWolf provides a critique of the new album by The Gates of Slumber, released in North America on May 10 by Rise Above Records and Metal Blade.)

New-Doom pack leaders The Gates of Slumber strike a fine line between advancing their sound and returning to the very roots of doom with their newest LP, The Wretch. The result is their most distilled piece of work, and their most relatable.

The Gates of Slumber play the oldest and least-altered style of metal modeled after Black Sabbath and Saint Vitus. Like a shark or crocodile, this style of metal has no need for evolution: it does only a few things, like excellent riffs and narrative lyrics, but does them perfectly. The Wretch embodies this style. For evidence, look no further than opening track “Bastard Born,” which follows the riff-narrative template of the Delta blues guitar tradition.

The Wretch’s greatest strength is a renewed sense of true doom, the self-loathing paranoia that made Black Sabbath amazing. The Gates of Slumber’s previous two records, Conqueror and Hymns of Blood and Thunder, were flawed-but-great albums with escapist fantasy lyrics. That escapism sapped their records of any palpable doom and gloom. Fortunately for us, the evil is back.  (more after the jump . . .) 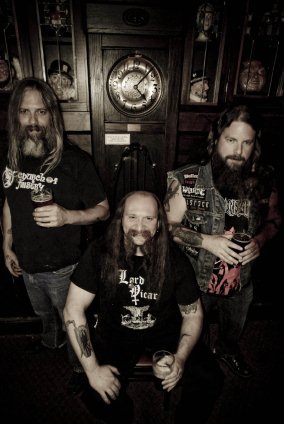 The closest thing to the fantasy styling of the past four years on The Wretch is three-minute death march “To the Rack with Them,” which is obviously about torture, but the torture is fitting, since the album represents a ruthless self-evisceration. In this way, The Wretch hits the same indie-crossover notes that post-black metal is also hitting, and makes the Gates a possible crossover rival for indie-metal doom darlings The Sword.

At the same time, The Wretch is a more modern, lean record with a great, dry production that sounds awesome at high volume but feels vintage. More importantly, it avoids the Achilles heel of Doom: excessive songs. While The Wretch is longer than the previous record, Hymns of Blood and Thunder, it feels shorter. No more needless acoustic intros here. Also gone is the studio-driven melodrama that nearly sank their previous epics “Dark Valley Suite” and “Descent into Madness.” Everything is incorporated into just eight stripped-down and complete songs.

However, The Gates fall back into excess on the album closer “Iron and Fire”. I’ll forgive them. They earn it with the first seven songs, especially “Castle of the Devil”—which is the first time that one of their longer epic tracks has been listenable to me. “Castle of the Devil” is downright excellent with a great clean guitar intro and an unexpected boogie-woogie jam bridge near the end providing a breath of fresh air before the gloom returns.

It’s those moments of subtle release between the ratcheting tensions that makes The Wretch superior to much of the contemporary Doom scene. Whether Doom will experience a full-on thrash-style revival or recede once more into record store shadows remains to be seen, but I’d love to hear more bands step up to the plates as The Gates of Slumber have on The Wretch.

The Wretch is out now and available for order from Metal Blade at this location. For your listening pleasure, here’s “Castle of the Devil”:

[audio:https://www.nocleansinging.com/wp-content/uploads/2011/05/05-Castle-of-the-Devil.mp3|titles=The Gates of Slumber – Castle of the Devil]

2 Responses to “THE GATES OF SLUMBER’S “THE WRETCH”: A CRITIQUE”