Well, fuck yes. If we had any doubt that Bury Your Dead had shaken off the detritus of melodic metalcore and gotten back to their fuckin’ hardcore roots, those doubts are dead, gone, cremated, and the ashes scattered to the winds — because as of about 45 minutes ago, the band uploaded their first new song since Mat Bruso rejoined BYD.

Most of our current readers won’t know this, but the really old-timers will: We started this site, and picked the name NO CLEAN SINGING in protest over what happened when Mat left BYD, when Myke Terry stepped up as the new vocalist, and when the band thereafter went right off the rails and into metalcore no-man’s land.

So, you can imagine how stoked we were to find out that Mat was coming back to BYD. Actually, you don’t have to exercise your imaginations, because we laid out our feelings pretty clearly in this post. Since then, we’ve been waiting patiently for new music — for confirmation that BYD was back in the nasty, brutish land of no clean singing. Actually, we really didn’t need proof — for fuck’s sake, Mat now uses “nocleansinging.com” as the web site URL in his Twitter account (“@SoAloneSoAlive”) — which is just too cool for words.

But need it or not, we’ve now got our confirmation. The new song — “Slaughterhouse Five” — is a fuckin’ jaw-breaker, a badass sledgehammer of hardcore and metal, a fine sign of what’s to come on that new album. Go past the jump to have a listen, and get some more news about the album and BYD’s touring plans. 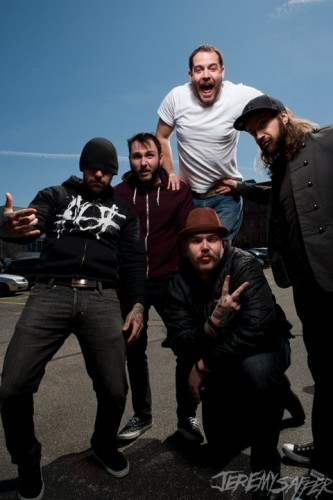 The album will be called Mosh & Roll, and it will be released on August 2 through Mediaskare.

And to coincide with the album release, BYD will be starting a European tour in August, along with For the Fallen Dreams and Betrayal. Here are the dates and places: 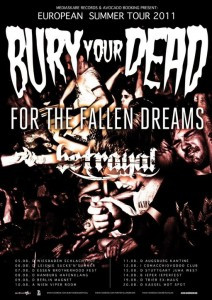 That’s not all.  It looks like they’ll be part of a killer line-up at GHOSTFEST in Leeds, England next month.  ‘Least that’s what this poster says: 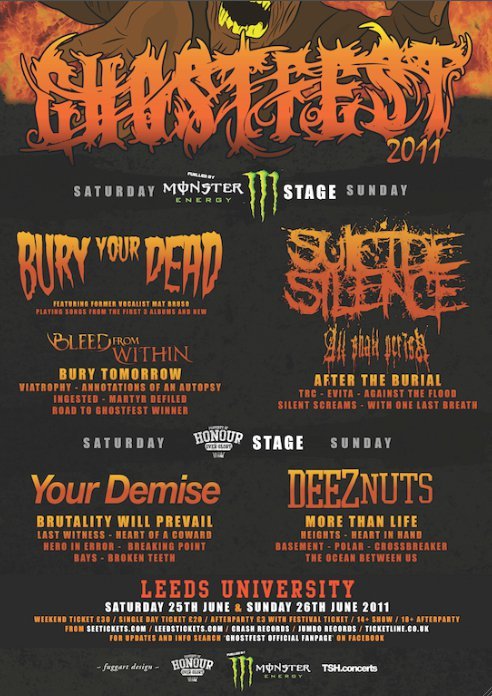 What about us home folks here in the U.S.? Well, we’re told that BYD will be announcing U.S. tour dates in the near future.

Okay, enough news. Time for music. Crank up the volume, push play, and find something to run into.