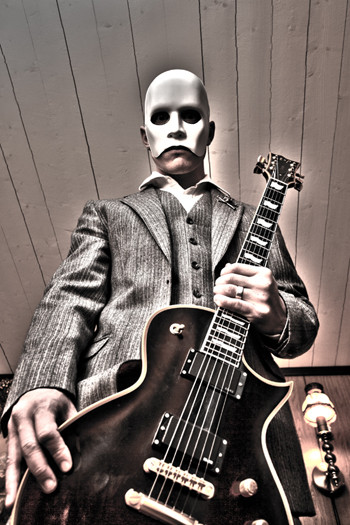 I try to skim through Blabbermouth for news at least every other day. And “skim” is exactly what I do. Most of what I see just scrolls past my eyes like freight cars at a railroad crossing, exciting very little interest. There’s often no rhyme or reason to what might make me stop and pay closer attention to a post.

This morning, rhymeless and reasonless, I paused at a post about an outfit called The Konsortium. The facts, as represented in the post I read: The band is from Norway. They recorded a self-titled debut album over a one-year period. It will be released on June 24 via Agonia Records. It includes guest vocals by Erlend Hjelvik (Kvelertak).

Beyond that, there was this description of the music from the band’s press release: “black metal with various thrash, avant-garde and non-metal influences creating [its] own atmosphere and identity.”

As for the band’s members, we know that guitarist Teloch from Mayhem and Nigingr has joined the band. Otherwise, all we have is this statement: “THE KONSORTIUM features various members. Some of them better and some of them [not as well] known to the metal (but not only) community.” I think the right word for that is “cryptic”.

And then, there’s the song that was available for streaming on Blabbermouth — and of course that’s why I’m bothering to write this post: The song is a jackpot payoff for all the Blabbermouth skimming I’ve done this month.  (a bit more info, plus the song, after the jump . . .) 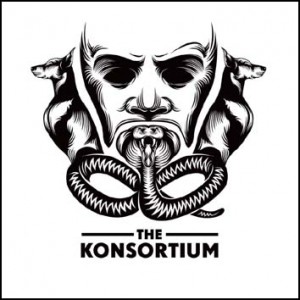 Before we get to the song, I did find a Facebook page for The Konsortium (here). Browsing the skimpy info on that page, I learned that the band released a demo back in 2008 and that the debut album will include some tracks from the demo. And I saw this identification of the band members:

OK, that’s really all I know — except I really like that song that’s now available for streaming. It’s called “Lik Ulven” — which, according to Google Translate, means “Like the Wolf” in English.

It’s a scalding black-metal rampage in part, but with a tremendous variety of vocal styles (including a multitude of clean voices); some jabbing, hook-heavy instrumental breaks that feature flashy, unpredictable guitar parts; and an unguessable finish. “Various thrash, avant-garde and non-metal influences”? I would say so. Interesting music. Hear for yourselves:

If that got your attention, there’s also this medley of other songs from the album:

6 Responses to “WHO IS THE KONSORTIUM?”