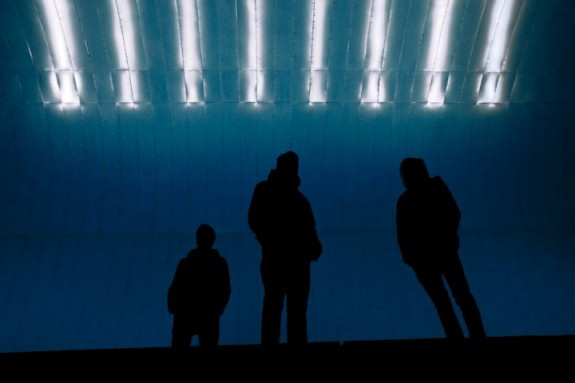 I’m afraid that I was so damned emotionally affected by Ferne Tage, the new genre-bending album from Germany’s Ära Krâ, that I got perhaps too emotional in my review (published here). Thing is, even a month later, the album is still an intense listening experience — something like a blackened form of metalcore with progressive elements, a mix of harrowing catharsis and melancholy beauty. It’s standing up extremely well to repeat listening.

I confess I’ve also been intrigued about who these guys are, what other bands they’re in (or have been in), what prompted the creation of this album, and a bunch of other subjects, many of which are none of my damned business. But “shy” and “retiring” aren’t in my vocabulary, so I pestered the band for an interview, and they foolishly agreed.

I think if I’d been able to confront them in person, gotten them really liquored up, and then subjected them to the irresistible power of my personal charisma, I might have had more success worming personal details out of them. But alas, the famous Seattle tech-geek community still hasn’t perfected the human teleporter, and so I had to do this by e-mail.

Still, I do believe I succeeded in multiplying the quantity of publicly available Ära Krâ information by a few orders of magnitude, given how secretive they are. Read their interesting answers to my intrusive questions after the jump. And if you haven’t yet downloaded Ferne Tage from their Bandcamp page, you really should.

How about some musical accompaniment while you read the interview? Yes, that can be arranged: 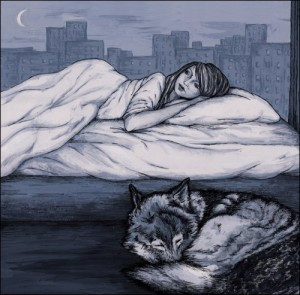 Thanks for making time for this interview. You probably expected this first question: Why have you guys decided to provide so little public information about yourselves (no photos, no names, no history)?

We just want the people to approximate to our music completely unbiased. We try to achieve this by not mentioning our names or showing our faces on the photos. We want to make nothing but the music the focus of attention.

Nosey person that I am (do you know the word “nosey”?), I also have to ask about the meaning of “Ära Krâ”. This means something like “Crow Era” in English?

Yes, we know the word hehe. You are on the right way but it means more something like “Era of the Crow”, but even in German the grammar isn’t correct at all. However, the important thing is that it has a meaning for all of us but can be interpreted in many different ways relating to the music.

How did you pick that name?

We needed a long time to settle the right name for the band. When “Ära Krâ” came up it took a few weeks until everyone of us agreed. But after this we knew that it was the right name and we’re very happy with it.

Even though Ära Krâ is a new band, the songs on the Ferne Tage EP sound like mature compositions played by people who’ve been doing this for a while. Have the three of you been involved in other bands, either before or currently?

Thanks a lot, that’s nice to hear! All of us played or currently play in several other bands. With this we could gather a lot of musical experience over the past few years and we always try to give our best to achieve new aims.

Of course, I’ll respect your wishes if you’d rather maintain anonymity, but can you tell us the names of other bands in which you’ve been involved?

Can you tell us anything else about the personal backgrounds of the three band members?

We all live quite normal lives and we don’t think there’s any interesting information about our personalities to share. We love to create new music and it gives us a good feeling when it is being well-accepted by listeners.

How long did it take you to write and record the songs on the EP? In other words, when did the creative process begin and end?

I think the writing process started in February/March 2010 and ended with a really extreme writing session that lasted one week in June or August. Then we sat together and talked about how we want to record Ferne Tage. The recordings to the album started around September/October 2010 when we recorded all the instruments. Vocals, some editing stuff, mixing and mastering was done later during December/January 2011. 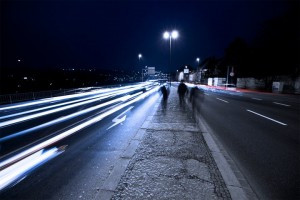 As I wrote in our review, the movement of the songs on the EP, from one to the next, sound like a journey to me rather than a random collection of individual tracks. Is that what you intended? Is there a concept behind the album?

Yes indeed and you are the first reviewer who noticed it! However, a concept built on a certain theme, melody or rhythm can’t be found on the album. As you have indicated it’s rather a kind of journey you go on when you’re listening through all the songs. Though, lyrically there is a conecpt which focuses on solitude and the search for a person who feels and thinks the same way as you do.

Have you made the songs’ lyrics available anywhere on the internet?

We uploaded the whole booklet including the lyrics, our bandpics and the logo at bandcamp but we don’t know why this all isn´t featured in the download. We try to fix it at soon as possible. Otherwise you can always hit us up via email (info@aerakra.com) if you’d like to know something about the band, music or lyrics.

I found it difficult to classify the music on Ferne Tage within a single recognized genre. Are there particular bands that influenced your style?

We all listen to a very broad array of different styles of music. It ranges from 70s atmospheric Rock over 90s melodic Black Metal to this year’s “VII Född Förlorare” by Shining (Swe) for example.

Has Ära Krâ played any live shows yet? And if not, do you plan to do that?

No, we haven’t played live, yet. Unfortunately it’s also very hard to find the right musicians that are necessary as we are not able to play our songs as a three-piece. But there’s always hope and maybe we can bring our music to the stage one day.

You made the decision to release Ferne Tage yourselves via Bandcamp. Why did you decide to do that instead of spending time trying to find a record label that would release your music?

We see Ära Krâ somehow as an experiment. We tried to do everything reaching from the recordings/production, artwork, photos and promotion by ourselves or with the help of close friends and we can say that it works fine and especially we enjoy doing it. With this method we also have the full control about everything regarding the band, our music and artwork stuff. For example, we contacted several music-blogs (like yours) asking for a simple post with our album and we received some great reactions.

What can you tell us about your plans for the future of Ära Krâ?

In the next few months we will be concentrating on the promotion of Ferne Tage of course, but we are also already writing new material for a future release. When it will be finished and finally available we can’t say at this point of time.

Thanks again for making time to answer our questions. Is there anything else you would like to share with our readers before we close?

We want to thank you again for this great review/interview and for your big support in general. And of course we also thank all our listeners who downloaded or bought our record – it’s still up for free download at bandcamp!