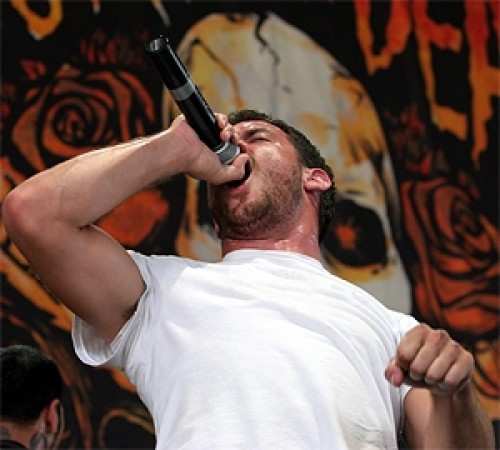 Some of you old-time readers will remember that this site, and its name, were the direct spawn of our crushing disappointment/pissed-off-edness over the voluntary departure of Mat Bruso from Bury Your Dead, his replacement by vocalist Myke Terry, and BYD’s ensuing transition from a heavy-ass, metal-infused hardcore band to generic metalcore with lots of clean singing. And if you’re not an old-time reader, you can catch up by going here.

Fast forward to December 22, 2010, when none other than Mat Bruso posted a very nice comment on our Contact page, which ended with these words: “Keep your standards high and your vocals low.” And that led to a further e-mail exchange in which Mat made it clear that we should keep our ears open, because he intended to continue singing and we would be hearing from him in the future.

Now fast-forward to a bit earlier today, and the official announcement that Myke Terry was exiting Bury Your Dead — and that Mat Bruso has rejoined the band to provide vocals on the new BYD album now being recorded.  (more after the jump . . .) 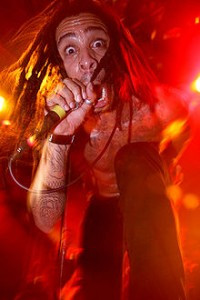 That “official announcement” came via Myke Terry or his publicist, and so the story of his departure — so far — comes from his angle. In a nutshell, the press release (which you can read in its entirety here) explains that the band is negotiating a new contract with Mediaskare Records for the new album (and perhaps others), that the label was “unwilling to negotiate with Terry” but was instead negotiating with BYD co-founder and guitarist Brendan “Slim” MacDonald, which didn’t sit well with Terry, and that the label eventually decided to replace Terry with Bruso to finish the record.

In other words, it appears Terry is claiming that the label decided to eject him from BYD. From Terry’s press release: “I never thought someone who hadn’t sweat, bled, or cried with us would have the power to dictate the inner workings of our band. I’d like to thank everyone that bought a Bury Your Dead CD, came to a show, or played with us for making the past few years of my life so amazing and I look forward to my future as a solo artist. I’m sure everyone who has ever chanted ‘Bring Back Bruso’ is now stoked for his return.”

We’re looking for more news about whether Mat’s reunion is for this album alone or will have longer-term implications. If we find out, we’ll post an update here. In the meantime, long live the return of Bury Your Fucking Dead!

13 Responses to “BURY YOUR FUCKING DEAD IS BACK!”