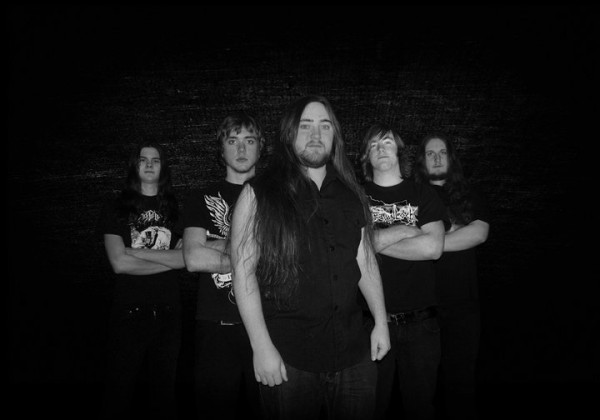 The local metal scene in the Seattle area is really hopping with talent these days. One of the bands whose fortunes we’ve been following for a while is Blood and Thunder. We’ve written about them several times in the past (for example, here and here). In addition to being very talented young musicians, they’re also a group of really nice people — James Furrow (keys), Billy Keller (guitar and backing vox), Ryan Yancey (lead vox and drums), Jeff Weaver (guitar), and Nick Hughes (bass). And they’ve been supporters of our humble site, which we appreciate. 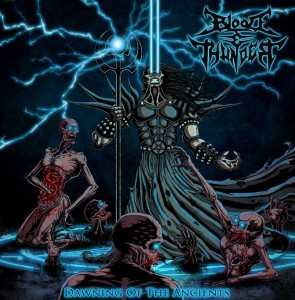 After a fair share of ups and downs in the production process, Blood and Thunder have finally completed work on their debut album — Dawning of the Ancients. To celebrate the occasion, the band headlined a CD release show at Seattle’s Studio Seven last night, and my NCS collaborator Alexis and I were there.

We arrived too late to catch some of the early acts, but had a head-banging good time listening to Deathmocracy, After the Fallout, and Unhailoed — all of whom performed very strong sets.  The music was quite diverse and a good showcase for the strength of Seattle’s metal scene.

And, as we knew they would, Blood and Thunder killed it at the close of the night. Their stage presence and musicianship just gets stronger and stronger every time we see them. We snagged a copy of the CD, and you can expect a review of Dawning of the Ancients in the not-too-distant future. For now, congratulations dudes!

5 Responses to “CONGRATS TO BLOOD AND THUNDER”