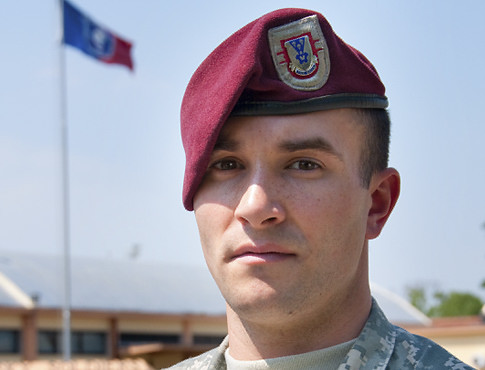 Today is a “bank holiday” in several other countries. In the U.S., it has a different significance. It honors members of the U.S. military who died in service.

I wasn’t going to say anything about Memorial Day here. First, people come to NCS for metal, not anything else. Second, I’m not into flag-waving and patriotism and America-First sloganeering. All that usually seems to me like one more thing that retards people from thinking for themselves. Plus, I like and admire people from other countries and their cultures (many of whom I’ve gotten to know through NCS). And there’s also the borderline anarchic nature of my own personality.  🙂

I also have my own opinions about the wars the U.S. has been fighting. But that’s neither here nor there. What decided me to write this was just thinking about men and women in the military, in my generation and younger generations, who’ve been killed and maimed and hurt psychologically and emotionally doing things most of us (thankfully) will never have to do. Doesn’t matter that they’re volunteers for these jobs. Doesn’t matter whether I or anyone else necessarily believes in the rightness of the wars they’ve been told to fight. All that matters is that many of them have been and still are in harm’s way, and many have not emerged unscathed, or emerged at all. So, I think they deserve a few moments of thought and reflection, and honor.

I watched part of an interview last night on the 60 Minutes TV show of a guy named Salvatore Giunta — a 25-year-old U.S. Army staff sergeant from Iowa who last November became the first living recipient of the Medal of Honor from the war in Afghanistan for his bravery in an ambush that killed two of his mates. It was not what I expected. When he was asked in a different interview about what he thought when he heard he was to receive the nation’s highest military honor, he said this:  “‘Fuck you,’ I thought. It sounds really awesome in theory, but what’s it worth? Brennan? Mendoza? No. I did what I did because in the scheme of painting the picture of that ambush, that was just my brush stroke. That’s not above and beyond. I didn’t take the biggest brush stroke, and it wasn’t the most important brush stroke. Hearing the Medal of Honor is like a slap in the face. I don’t think you know what I did. I didn’t do shit.”  (more after the jump . . .)

On 60 Minutes, Giunta wasn’t quite so vivid in his choice of words. But what he said made me think about the meaning of Memorial Day. Here are a few excerpts:

“I’m not at peace with that at all. And coming and talking about it and people wanting to shake my hand because of it, it hurts me because it’s not what I want. And to be with so many people doing so much stuff and then to be singled out – and put forward. I mean, everyone did something. Okay, someone wrote about this, and then someone else approved it. And then a story was told and handshakes were made, and then sooner or later, I’m talkin’ to the president of the United States. I don’t see how that happened.”

“I’m average. I’m mediocre. This is only one moment. I don’t think I did anything that anyone else I was with wouldn’t have done. I was in a position to do it. That was what needed to be done. So that’s what I did.”

Author and filmmaker Sebastian Junger happened to be filming with Giunta’s unit near the time of the action that led to Giunta’s medal. He made a short film (just over 14 minutes) about what happened, which includes comments by Giunta, describing what happened and more about how he feels now. It’s pretty strong stuff. So, watch it if you feel up to it. That’s all I’ve got in this remembrance of Memorial Day — which to me isn’t about flag or country or politics, it’s about remembering people.

The Sal Giunta Story from SebastianJunger/TimHetherington on Vimeo.