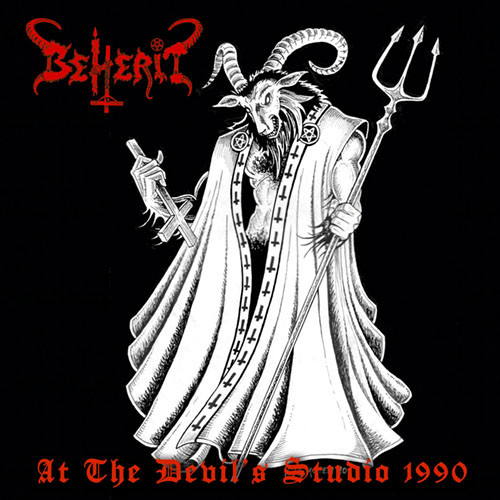 No secret that we’re Finnish-metal fanatics here at NCS. Also no secret that we’re doing our best to become better educated about black metal. Put those two pieces together and you get this post, which is based on news that will be headline-type stuff for true black-metal fans. But first, some background for those readers who aren’t already KVLT (lifted from something we wrote back during our month-long FINNISH METAL WEEK series):

And now the news: Beherit is releasing, for the first time, their true debut album, originally recorded in 1990. In the band’s words: “You NEVER HEARD this recording or the two previously UNRELEASED tracks featured! Finally unearthed from Sodomatic Slaughter’s personal collection after being lost for the last 20 years. Recorded as a duo by Nuclear Holocausto Vengeance and Sodomatic Slaughter in Ala Ky Studio and mastered in 2010 by Joona Lukala.”

The album will be released in June 2011 on vinyl, CD, and tape. After the jump, we’ll give you the track list, ordering information — and a music player that will stream two of the tracks. Be forewarned: This is vicious stuff AND the music will start playing as soon as you go past the jump.

Now, the ordering info:  Eventually, you can do that by following this link.

And now, the music (which you should already be hearing).