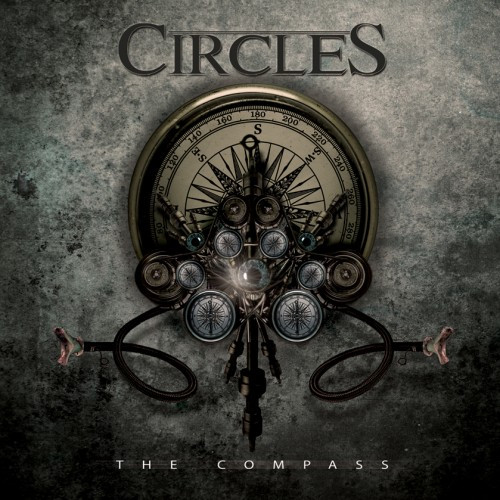 (NCS contributor Israel Flanders returns for the third time this week with his review of the most recent EP from Australia’s Circles. This is yet another discovery for us by Israel that we think is well worth your time.)

Let’s just establish something here before I get started… Circles is NOT a djent band, and they shouldn’t be getting lumped in with that genre.  These guys are better than the over-saturated circle jerk which that scene has become, and it’s almost offensive to me that they’re put in that category.  With that said, let’s move on.

So WHAT ARE Circles?  The easiest answer I can give you is an Australian band who generate a Sevendust-style of groove metal, but maybe even better than Sevendust, and that’s saying something.  This band know how to lay down the groove and lay it down thick.  We’re here to review Circles’ second EP (on Basick Records) called The Compass, and it’s truly a powerful package. Though it includes only 6 songs, it trumps a lot of what is out there right now.

The album opens with “The Frontlines”, which introduces itself through some funky, turntable-like synth sounds and immediately goes into a weighty, distorted groove.  The verse riff fades in with some cool orchestral stuff above it and immediately moves into a very bendy groove riff with powerful, soulful vocal lines over it.  This is where Circles’ greatest strength comes into play — their ability to write powerful, memorable melodies ALL OF THE TIME! (more after the jump — including the chance to hear all the tracks on the EP . . .) 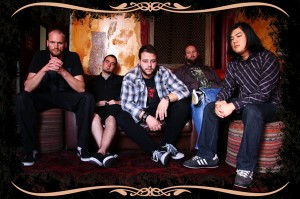 Vocalist Perry has one of the best clean voices around right now, no doubt. His screams do leave something to be desired, but he so rarely employs them that it’s really a non-issue here.  The chorus of “The Frontline” has that thick, layered, Sevendust sound and a very strong vocal melody behind it — one of the best choruses, if not THE best chorus, on this EP.

The second song is the single and current video track “Clouds Are Gathering”.  It opens with a nice, eerie clean part and moves into a pimpin’ middle-eastern tinged riff that really stands out on this EP.  The song also includes some very cool vocal harmony ideas, as well as the awesome pre-chorus that consists solely of vocals and an ambient piano.  The chorus is also pretty cool — a single droning note with a vocal line weaving itself around it.

Next up is the song “Act 3”, which deceptively starts with really muted synth’s, only to bust into a fast riff (the only time speed is ever employed on this EP). Then the song suddenly stops, and Circles throws you another twist, in the form of an almost Korn-like ambience that exudes a VERY eerie vibe.  I like the way the verse of this song gradually builds, starting only with the ambient music and the vocals and then bringing in the guitar to launch well-placed staccato chugs to build the tension.  This song has a sweet, groovy breakdown at the end that seals the deal nicely.

But those songs are actually the weaker half of this EP.  The last three songs, “Eye Embedded”, “The Design”, and “Ruins”, are much stronger, and that’s saying something, considering the quality of the music that precedes them.

In my mind, “Eye Embedded” is undoubtedly the best song on the album.  It has a catchy, djenty, stop-start riff and spectacular layering in the chorus.  The build-up to the breakdown and the ensuing, previously mentioned section bring out a nice dose of extra heaviness that was lacking ’til this point.  “The Design” starts out with an almost Sikth-like riff but transitions into the closest thing to a djent song that these guys have put out thus far.  The jarring, slightly disoriented feel in the chorus of this song is especially cool.  “Ruins” closes out the EP with what is essentially Circles doing TesseracT, but perhaps better than TesseracT, and that’s also saying something. I especially love the pre-chorus of this song and the solo that assists in closing it out.

Overall, Circles’ The Compass EP is a standout effort, especially for a band so fresh on the scene.  Check this out — you won’t regret it.  Here’s the official video for “Clouds Are Gathering”:

5 Responses to “CIRCLES: “THE COMPASS””