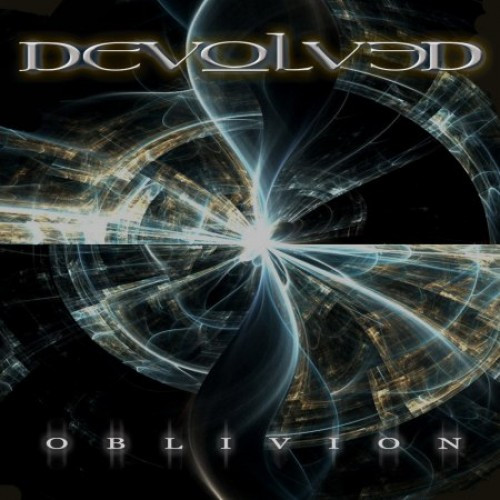 (Our man Israel Flanders checks in with a few glowing words about the new album from those Australian/Californian metal marauders in Devolved — plus another convenient way to hear this excellent music for yourselves — and he starts with a song . . . .)

So, Devolved is awesome, with their style of spastic, djenty, Fear Factory brand of industrial death metal. I probably don’t need to tell you that, since the other guys here at NCS have been singing their praises for a while (here and here, for example), but I really think you may need to have it beaten into your skulls. This is a brutal band and one really worth the investment of your time.

I’m briefly reviewing the band’s new album Oblivion, and the title just about sums up the music here. This is intense, cold, brutal, scathing, clinical, utterly soulless industrial death metal performed with machine precision. (more after the jump . . . including a download opportunity) 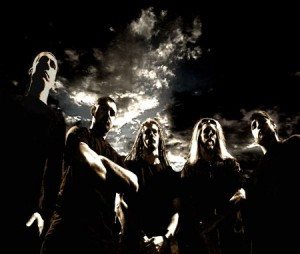 The album opens with a typical, ominous intro in the form of “Existential Crisis”, but after that buildup, the band charges into the frenzied “Into Fire”, and all guns are blazing. This is chunky, technical riffage at its best, and I’m telling you now that if you don’t like how this album begins, it isn’t going to change — get used to it.

And to all of you lovely people, I worked some magic once more, and it’s free music time again! The band has given me permission to put up Oblivion for download, for one week beginning today. I’m also including Devolved’s 2010 reissue of their last album, Calculated (which originally appeared in 2004), so I hope you’ll enjoy both.

You’ve already heard “Wretched Eyes Of God”, and here are three more tracks to check out: “World in Denial” and then the other two songs now on YouTube, Devolved’s cover of “Disciple” (Slayer) and a song called “Awakening”. So, you’ll have to suffice with that for now and then just download all the rest. I hope you guys don’t take this review as a sign of laziness for being so short, it’s just that there isn’t much more I can say, or need to say. What you will hear in these songs is what you’ll get:

EDITOR’S NOTE: Oblivion was released on May 24 by Unique Leader, and for people like me, who want their physical CDs, the Oblivion CD is available from the label here. Discover more info about Devolved via their Facebook page (here)