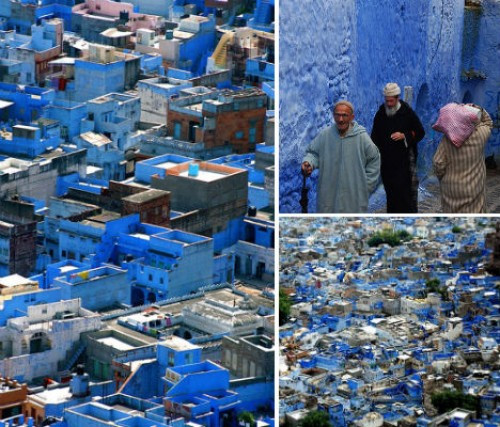 It’s time for another edition of THAT’S METAL!, where we take time off from our usual focus on music and collect items we’ve seen recently that aren’t music, but that we still thought were metal. We’ve got four items today, all visual in nature. The last three are amazing videos, all of which have a hypnotic quality. Departing from our usual format for these posts, we’re throwing in some musical choices of our own (metal, of course) as accompaniment for two of these items. Here we go:

Chefchaoen is a town in the North African nation of Morocco, located in the Rif Mountains. It was founded in 1471 — and virtually the entire town was at some point painted in the powder-blue color of tekhelel, a natural dye made of shellfish. Tekhelel isn’t available any more, but the tradition has carried on through the centuries. The shades of blue now vary, but the effect is still striking.

As far as I can tell, there’s no law in the town which commands people to paint everything blue. The fact that people do it anyway, to keep alive something so unusual, is pretty fucking metal. More photos follow after the jump, and you can see even more of them here. Your musical accompaniment for these images comes to you from the late, great Acid Bath from an album called When The Kite String Pops (right after the jump). 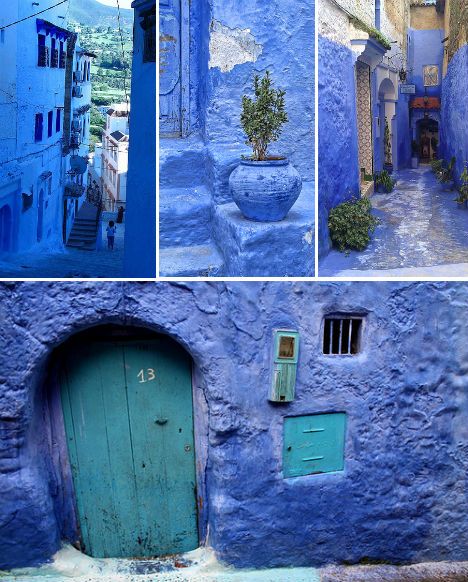 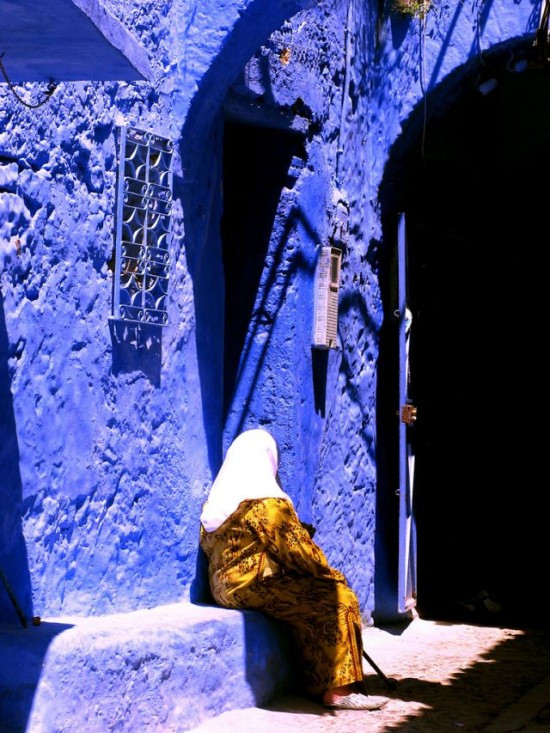 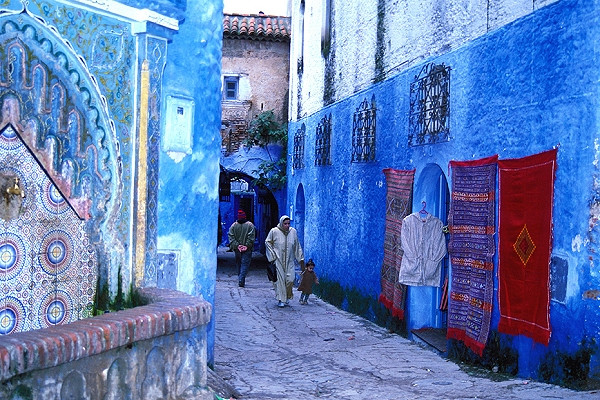 This next item is a relatively short video called Loom. It was created by a collaboration between five people who call themselves Polynoid. It shows the capture and execution of a moth by a spider, with a variety of animation enhancements to the basic “story”. It took one year to make this, and the care and attention to detail shows. The music works well with the video imagery, too. Be sure and take this one to full-screen. Fucking metal.

Loom from Polynoid on Vimeo.

This next item is a remarkable time-lapse video prepared by something called The Hector Thunderstorm Project in Northern Australia. The images capture some of the world’s largest thunderstorms over the Arafura Sea north of the Australian mainland. It’s beautiful and it’s awe-inspiring.

The video comes with a musical soundtrack that suits the imagery, but I’ve got something I like better — the fourth track from Mammal (“All Life Converges to Some Center”), the completely awesome new album from Ireland’s Altar of Plagues. The video is almost 11 minutes long. The song is a bit over 13 minutes. Those of you who smoke will probably want to get baked before you watch and listen, though it’s certainly not necessary to appreciate either the video or the music. Be sure to take this to full-screen mode if you can.

[audio:https://www.nocleansinging.com/wp-content/uploads/2011/06/04_All_Life_Converges_to_Some_Center.mp3|titles=Alter of Plagues – All Life Converges to Some Center]

This next video won’t take as much of your time as that last one. It’s a bit of visual wizardry executed by a performer named Ouka. Not only is the visual effect kind of mesmerizing, but the physical control needed to make this look like a very smooth piece of animation is pretty fucking metal.

That’s all for this installment of THAT’S METAL! Hope you liked it. Enjoy the rest of your fucking day.