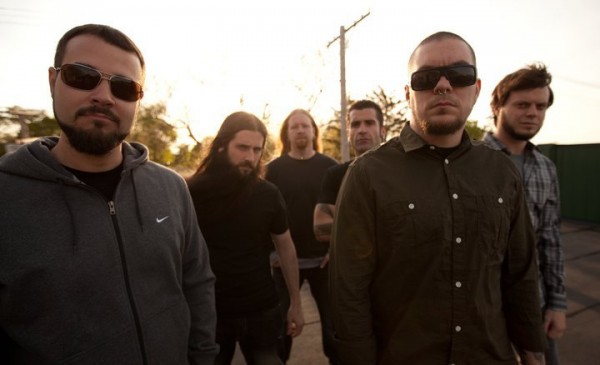 Surely, I’ve done stupider things here at NCS than I’m about to do, though I can’t remember when.

So, in catching up with metal news this morning, I found a whole bunch of shit that peaked my interest. To decide whether it was all worth sharing with you, I needed to listen to some music. I reached for my trusty iPod to get the earbuds and plug them into my laptop, and . . . no fucking iPod. No fucking earbuds.

I’m in Texas visiting my mother and brother, and I think I left my iPod at my mom’s place yesterday, but at the moment I’m earless (and my hearing is too shot to make out very much from the tinny, crappy little speakers on my laptop). But I decided, fuckit, I’m going to share the items I’ve found with you even though I haven’t heard most of them. Maybe you’ll tell me whether it was worthwhile.

Here’s the line-up: Chimaira has debuted two new songs from The Age of Hell album, which is due for release in late August by Long Branch Records in Europe and eOne Music in NorthAm. One is streaming exclusively at MetalSucks (here) and one at Revolver (here). You can buy both of them at iTunes right now. As I said, I haven’t heard them, though I’m a Chimaira fan. I hope they’re good. I bet they will be. If you haven’t already heard, the new Chimaira line-up includes two of the dudes from Daath — Emil Werstler (on bass!) and Sean Z. (on keyboards!).

After the jump . . . performance videos from Mayhem and At the Gates at festivals this past weekend, plus news about full-album streams from In Flames and The Devin Townsend Project.

On June 18, Mayhem took the stage for this year’s edition of Copenhell in Copenhagen — the first big, outdoor metal festival in Denmark this season. And in the category of happy coincidences, the band now includes within its ranks guitarist Teloch (who replaced Silmaeth recently), who happens to be a participant in The Konsortium project whose new album we reviewed earlier today (here).

The video footage we found from that Mayhem show is high-quality — at least the video part of it is. I hope the audio is decent, too — but I can’t fucking hear it well enough to tell. I had to smile at Attila‘s look — the cape over the band shirt, the inverted-cross mic, the little skull with a black ribbon trailing from it. But it’s fucking Mayhem, so I couldn’t resist. Is the sound worth a shit?

At the Gates will probably never record any new music ever again, but they do seem destined to re-unite from time to time for shows. I saw them in Seattle the last time they resurrected themselves for that purpose, and am so glad I did. Now, it appears they’ve done it again.

While Mayhem was ripping it up in Copenhagen on June 18, At the Gates was doing the same thing in Gothenburg, Sweden, at the Metaltown festival. They were joined on stage for at least one song (“World of Lies”) by Mikael Stanne of Dark Tranquillity. I found two video clips of the song on Blabbermouth. The video quality on the first one is much better than on the second, but it’s just an excerpt from the song. As to how either one of them sounds, see above explanation re amnesiac brain fuckage.

IN FLAMES and THE DEVIN TOWNSEND PROJECT

While we’re in the subject-matter vicinity of Gothenburg, we also came across the news this morning that Sounds of A Playground Fading,  the tenth album from In Flames, is available for streaming in its entirety at AOL Music. As you may remember, our own Andy Synn gave the album a very positive review, and I liked it, too — certainly a substantial step forward from A Sense of Purpose. If you haven’t heard the whole thing yet, here’s a chance to do that.

At that same location, both of the new DTP albums — Deconstruction and Ghost — can also be streamed in their entirety. They’re both officially due for release on June 21 in NorthAm (and have been released as of today internationally). Andy reviewed Deconstruction, too. Awesome album. I’ve also heard Ghost. Not really my thing, that one, so we’re just keeping quiet about it.

But at least I can recommend these album streams despite the current absence of hearing paraphernalia because once upon a time, I did hear the albums, and I do remember liking them (or at least 2 out of 3). Now if I can only remember where I left my fucking iPod.

3 Responses to “TAKING IT ON FAITH: NEW CHIMAIRA SONGS PLUS MAYHEM, AT THE GATES, AND MORE”