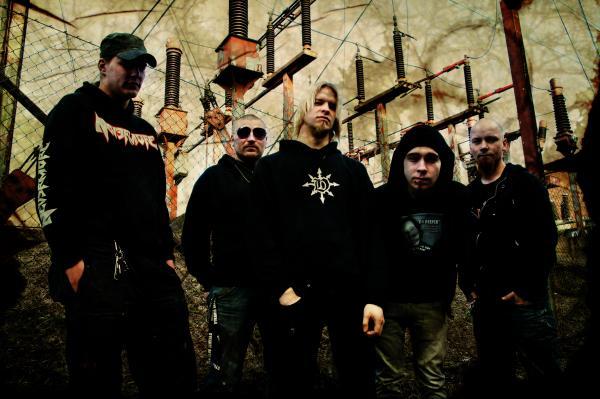 In these SHORT BUT SWEET posts, we’ve been catching up with EPs released by both well-known and not so well-known bands from near and far. A couple weeks ago, we got a message from one of our Finnish readers whose NCS name is jeimssi, recommending that we give a listen to a band from Pori, Finland, called Retaliatory Measures, and so we have. And since we’ve already started the week with posts on Monday and Tuesday about Finnish metal discoveries, I thought we might as well just continue going with the flow on that.

Retaliatory Measures are relative newcomers. To date, they’ve released two EPs, the most recent of which is the subject of this post. It’s called MMX and it was released in December 2010. The EP delivers six songs, and I liked every one of them — even the brief intro track, which begins with an accomplished acoustic guitar instrumental before turning on the jets and charging seamlessly into the EP’s first full song, “Judgement”. In fact, my only real criticism of the EP is that the intro should have been integrated into “Judgement” as a single standalone track.

But that’s a minor criticism. MMX is a fast-paced package of death/thrash that hammers like a nail gun, with killer riffs, dark melodies, and truly bestial vocals. This regrettably short collection of songs will get stuck in your head like a big iron spike — and with the band’s permission, we’ll give you the chance to download it for free.  (more after the jump . . .) 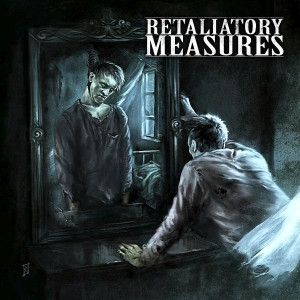 I’ve had very little interest in the re-thrash movement of the last few years, but I’m all in favor of the kind of thrash that Retaliatory Measures delivers. The relentlessly punchy rhythms and catchy hooks will give your neck a good workout. The guitars swarm like a pack of wolves converging on a kill, accented by the occasional tremolo lead and scalding, squalling solos that were even sweeter because they weren’t injected as an obligatory component of every song.

MMX also includes more dynamics in the tempos than you’ll hear on the general run of nü–thrash albums, exemplified by an old-school breakdown in “Judgement”, with half-paced slugging rhythms and a molten guitar lead, and the tempo drop in “Obsessed” with its morbid, moaning guitar line and brutally cavernous vocals.

Don’t be misled by all my references to thrash, because although the pace, riffing, and drum stylings are definitely within the thrash tradition, the band have got one of their clawed feet planted firmly in the territory of dark death metal (and there’s even a whiff of black-metal sulphur hanging around some of the songs). 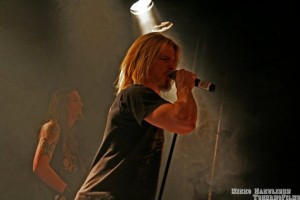 Much of the death-metal flavor of the music comes from Pessi Haltsonen‘s attention-grabbing vocals. They’re just fucking brutal — cavernous, resonant, and jagged as saw-teeth — but they’re never monotonous. Sometimes, his voice arcs upward in a nasty howl, and sometimes it drops deeply into the bowels of the earth, where the other inhabitants are typically the gurgling vocalists of brutal-death or deathcore bands. But when Haltsonen hits those unusually low, vicious bass notes, it still sounds like actual singing.

Thanks in part to the über-bestial vocals vocals and in part to the crafting of grim melodies, Retaliatory Measures succeeds in delivering music with the hard-charging, headbangable, catchy-as-fuck riffing of thrash, but with an air of palpable menace. While enjoying this EP quite a lot, we’re also really looking forward to what the band comes up with next.

To give you a taste of what Retaliatory Measures can do, here’s a song called “Obsessed”. I recommend that you crank the volume to the setting labeled “ear-and-nose-bleed”.

For more info about Retaliatory Measures, here are the links to their Facebook and MySpace pages. You can order the MMX EP by messaging the band at: retaliatory@live.fi, and the band has also allowed us to host the EP for digital downloading right here. We’re providing two versions — a file of the songs in the .wav format that the band provided (which is a big download because of the higher audio quality) and a separate file we created, converting the songs to a high-bitrate .mp3 format — which still sounds damn good and won’t take as long to download.

And now here’s a ReverbNation widget with two more songs from the EP. I highly recommend “Existence” in particular.