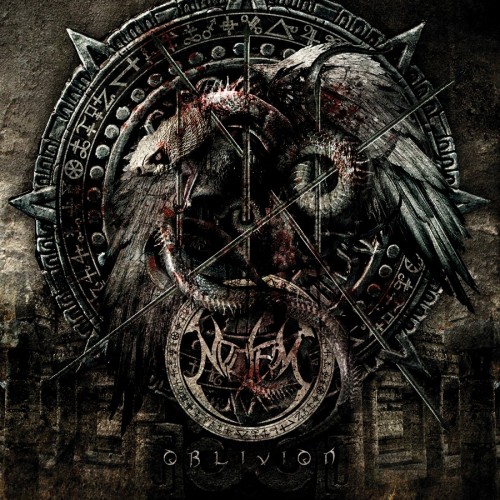 (Andy Synn returns to NCS after a short hiatus with his review of the Oblivion, the new album by a Spanish band called Noctem. Given my own tastes, this review left me slobbering with hunger for this album. Positively slobbering. Just sayin’.)

There is a difference between an easy comparison and a lazy comparison. Just because a comparison is easy to make does not mean it is necessarily a lazy one, nor indeed a negative one. Listening to Oblivion, the second album from these sun-scorched, blackened death metallers (or deathly black metallers – take your pick) immediately brings to mind the monstrous, imperial grandeur of Behemoth, all potent death-metal pummeling and scathing, blackened speed. Perhaps just as strongly, there are elements here of the lumbering, goliath grooves of Kataklysm and the frenzied, melodic assault of The Black Dahlia Murder.

Yet these comparisons should not be seen as an accusation that Noctem are in any way derivative of these acts; rather, the similarities come from the band pursuing a congruent path to their metallic peers, where elements and themes are recognisable yet never plagiarised, not following the path of another but exploring similar territory on their own terms and in their own particular way. (more after the jump . . .) 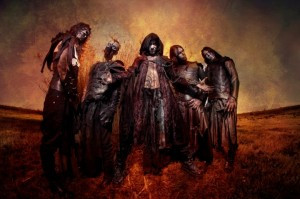 From the ominous, tribalistic opener of “Popul Vuh” through to extended closer “Oblivion”, these Spanish extremists deliver a series of electrifying riffs and concrete heavy drums welded onto a mechanised skeleton of shifting styles and dynamics that exploit the full range of death and black metal in terms of punishing speed, crushing groove and sinuous, dark melody.

Standout tracks are many and manifold, including first track proper “The Arrival Of The False Gods”, all piledriving rhythms and violent vocal catharsis whose brooding guitar adds a palpable sense of menace to the proceedings, and its follow-up “Universal Disorder”, which ratchets up the death-metal intensity whilst also including some teasing, melancholic moments of quiet, acoustic lamentation.

“Abnegation And Brutality” lives up to its name with shocking ease, morphing from its majestic, Eastern-influenced opening into a destructive firestorm of explosive drums and grinding, angular riffage. Careful use of restraint and power conjures a grandiose, war-like atmosphere recalling the work of Ex Deo, which continues throughout the bleak and broken march of “Invictus”. The painful razor-wire riffing of “Unredemption” shivers with cruel beauty, the prominent keyboards adding an air of otherworldly, inhuman fear to the song.

Individually, each member plays with a mesmerising ferocity, the unrelenting artillery assault of the drums providing the crushing basis for an array of scything riffs and rumbling bass lines, as well as the weeping, bleeding, wah-drenched lead guitars which pop up throughout. Vocally, the tortured screams of frontman Beleth are not as manic as those of Strnad, nor as demonic as Nergal, yet they bring a totally unique and individual flavour of their own to the experience. His filthy, agonised tones scrape roughly like broken glass through open wounds, setting the nerves and teeth on edge with their painful screams of human torment. His gutturals as well are delivered with devastating force, his primal and bestial roar a human expression of anguish and horror. 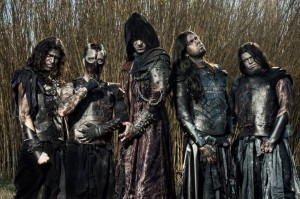 Not all the songs stun the listener with the same rabid intensity as others, certain numbers suffering from a dearth of truly captivating riffs, yet each song retains merit and adds to the greater whole of the record. In truth, it is perhaps only the high standards the band have so clearly set (and so often achieved) that will make the listener identify these moments of (potential) weakness. High praise indeed, for even at their weaker moments these songs pulverise and pummel with phenomenal force.

The latter half of the album is highlighted by the painful razor-wire riffing of “Unredemption”, a song which shivers with cruel beauty and restless fury, the prominent keyboards adding an air of otherworldly, inhuman atmosphere to its cavalcade of spiky riffs. Crackling with ebon energy, album closer “Oblivion” is an ambitious arrangement of restrained power and unchained horror. Beginning with eerie voices speaking in incomprehensible tongues, the music crawls with creeping dread and terrible promise, over which the band layer a multitude of gut wrenching screams and searing leads. A haunting darkness prevails over the song’s entire length, closing the record in a suitably bleak and forlorn fashion.

This is truly a great album of stunning highs and great ambition, albeit not without its flaws. At times the structures and riffs can veer into a sort of faceless extremism that lacks the character captured so perfectly by the record’s greatest songs, the latter half of the album at times lacking the spark that made its first half so exciting. Straddling a middle ground between the colossal power of Kataklysm and the sharp, agile riffs of The Black Dahlia Murder, the band manage to capture much of the irresistible momentum of the former and the incisive, scalpel-sharp melodies of the latter, weaving the two (not entirely dissimilar) styles together seamlessly. 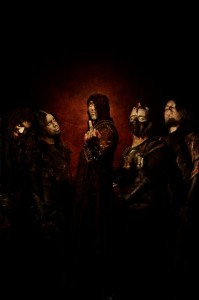 Yet, do not let these references to other bands fool you – this record is very much its own creation and easily able to stand on its own feet against the slings and arrows of the world. Far stronger than their debut, it overflows with confidence and vigour, aiming high in order to achieve lofty, ambitious goals. Though at times the more distinct flavours of the record may get lost within the excesses of blasting, tremulous speed and sharp, darkly melodic riffs, it is a record with a clear sense of its own strengths and a clear idea of its own identity.

This is not quite a perfect album, though it is perhaps very close, the band as of yet having not quite fully captured that indecipherable x-factor that would make them true world-beaters. Yet throughout, “Oblivion” remains a captivating and intriguing listen, its creators cranking out a seemingly effortless series of blackened hymns, controlled chaos and beautiful blasphemy that deserve a wider audience and greater exposure. On the strength of this album’s nigh unstoppable energy and ferocity, they may just get it, too.

Noctem: “The Arrival Of The False Gods”

EDITOR’S NOTE: Oblivion was released June 13 on Rising Records. At least in the U.S., it’s available on Amazon and iTunes, and it’s also available through Rising Records (here) and PHD Distribution (here). Get more info about Noctem at their Facebook page and their official web site. And finally, here’s the band’s official teaser for Oblivion, which will give you a further taste of the music: