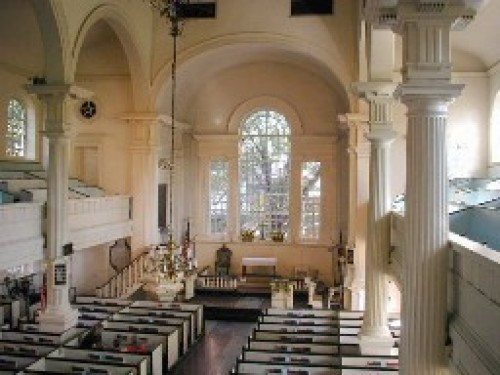 No, I didn’t forget that it’s Independence Day. I’ve been without high-speed internet service for the last 36 hours, and of course there’s no fucking way it will get fixed on the 4th of July, so I’ve had to fall back on a data card on a different carrier, which is slower than a three-legged sloth and just randomly disconnects as if it can’t be bothered — which makes uploading and downloading tedious, and streaming is impossible.

Well, enough spoiled whining from me. Happy Fourth to all you motherfuckers! Hope all you Americans are enjoying your holiday. In honor of the occasion, I thought it might be worth remembering a bit of history.

Almost five years ago, I found myself in Philadelphia with some time to kill and I sought out the Christ Church Burial Ground because I wanted to see the grave of Ben Franklin — who, among many other things, was a signer of The Declaration of Independence and the US Constitution — and the grave of Commodore William Bainbridge, for whom the island where I live was named. Also, I like graveyards.

After prowling around the cemetery for an hour, I wandered into Christ Church itself, which was founded in 1695. It’s a relatively un-ostentatious building, but it’s steeped in history. It was the first parish of the Church of England in Pennsylvania, it was the birthplace of the American Episcopal Church, and the rector of the church gave the opening prayer to the first meeting of the Continental Congress in 1774. (more after the jump . . . and there will be metal . . .) 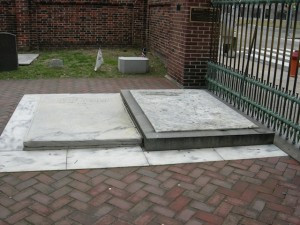 While I was in the church, I got interested in a talk that was being given to a small handful of tourists by a docent at the church. The focal point of the talk were hand-written changes in the Anglican prayer book that that had been made by the Revolutionary War-era rector of the church, Jacob Duché. Essentially, he had deleted references to the King of England where they had appeared in commonly used prayers.

At first, that didn’t seem like such a big deal to me, but then the docent explained that he had done this on July 4, 1776, following the ratification of the Declaration of Independence, and that in so doing, he had committed an act of treason against England, punishable by death.

Every man who signed the Declaration had done the same thing. They had all put themselves under a sentence of death if ever captured by the British. Looking backward to July 4, 1776, from our current day and trying to imagine the enormity of that act is difficult. Those men, and many others, had just sent a big FUCK YOU message to the greatest empire on Earth at that time — an empire that had a practice of reacting to colonial acts of insubordination with overwhelming force.

Those lunatics in Philadelphia had just picked a fight with a nation that possessed the world’s most formidable military machine at a time when the rebellious American colonies had basically no military capability at all. Not only was victory not assured, viewed from the perspective of July 4, 1776, victory must have seemed virtually impossible to any objective observer. 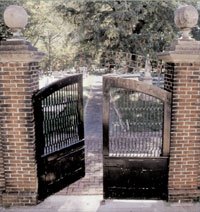 And for those men, losing the fight would mean losing their lives, their property, the welfare of their families — losing everything. And, in fact, five signers of the Declaration of Independence were captured by the British and tortured before they died. Twelve more had their homes ransacked and burned. Others had to be constantly on the move and in hiding when the British army arrived to smash the rebellion.

Standing in Christ Church that day, I tried to put myself in the shoes of those people who took a stand against their government, against their own nation. I tried to imagine the full measure of risk they took. I doubt that I succeeded. It did occur to me that the people who signed the Declaration of Independence had grapefruit-sized cojones, and possibly some loose wiring in their heads.

So, here’s to all those brave and foolish dead people whose act of insane defiance we’re celebrating today.

We commemorated July 4 last year at NCS by featuring a bit of music from the inimitable Pig Destroyer. There’s something to be said for tradition, especially on this day, so let’s close out this history lesson with another Pig Destroyer song. What better way to celebrate large cojones, loose wiring and defiant insanity? Enjoy the rest of your fucking day. 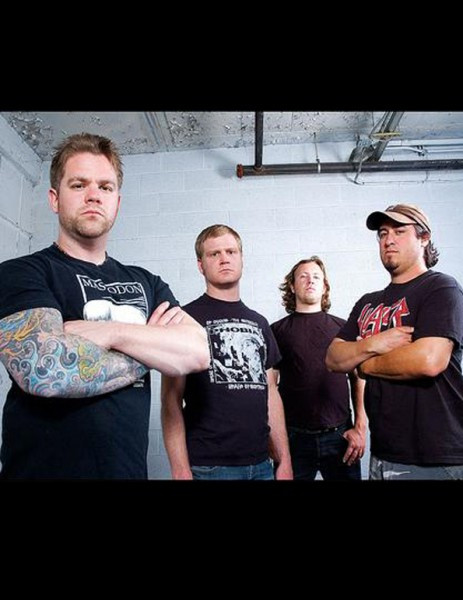