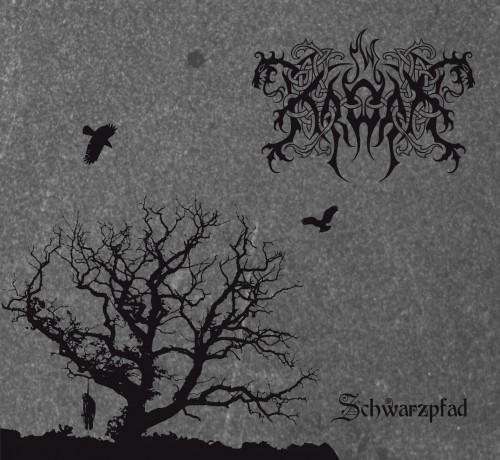 About two months ago, thanks to a laudatory Facebook post by Agalloch, I found out about a Ukrainian black-metal band called Kroda. They had just begun streaming a not-completely-final version of their fourth album, Schwarzpfad (“the black path”), for a limited time. I was completely enthralled by the music and had that stream on a nearly continuous loop for as long as it lasted.

Eventually, the stream ended, I began experiencing withdrawal symptoms, was admitted to a hospital for observation, was ultimately released, and was a broken man for weeks afterward until Schwarzpfad became available for unauthorized download at the end of May.

I’ve listened to a shitload of other music since then, but I continue returning to Schwarzpfad. It’s more than 50 minutes of music, but I’ve lost count of how many times it has kept me company. It’s way past time for me to repay Kroda for all that pleasure, and for much more to come, with a few words of heart-felt praise:

Schwarzpfad is without doubt one of the best albums I’ve heard this year and one of the most memorable black-metal albums I’ve ever heard — an immaculate marriage of beautiful, folk-influenced melodies, black ‘n’ roll strut, and bestial voraciousness. It’s a brilliantly conceived, complex work that yields something new with every listen. Highly recommended.

Okay, I wasn’t being completely honest when I said “few words”; there are more words after the jump, plus music, of course. 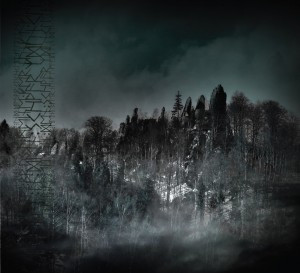 The album’s five long tracks function almost as movements in a symphony, transitioning without pause from one to the next, and indeed they’re titled as parts of a whole (I through V), with subtitles: “First Snow”, “Universal Provenances”, “Forefather of Hangmen”, “Heil Ragnarok!”, and “Cold Aurora”.

There are definable movements within the songs as well, as the band establishes musical themes and then spins out variations on them, using a variety of instruments and tones to carry the emotional leading-edge of these creations. Foremost are the layered guitars, moving between (and often combining) jabbing dissonant riffs; slashing rock chords; echoing melodies that arc into space; and powerful tremolo-executed waves of sonic force.

The pagan/folk music influence appears throughout the first four songs on the album, sometimes through the high-pitched tremolo guitar melodies (reminiscent of a balalaika), and often through interludes in which a changing combination of flute, acoustic guitar, and ambient synthesizer carry the melodies.

The performance of the rhythm section on Schwarzpfad is just as strong as that of the lead instruments. Unlike most “traditional” black metal, the songs on Schwarzpfad feature vivid, often intricate bass lines that are quite audible. Nor do the drums take a back-seat. No muffled rumbling, more felt than heard, on this album, but instead an exercise in well-integrated variety — flashing from black ‘n’ roll rock-beats to rumbling double-bass and scorching blasts to complex fills that wouldn’t be amiss on a prog-metal album. 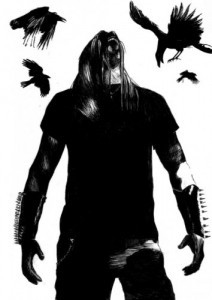 Not to be outdone by all the instrumental extravagance, the vocal performances on the album are equally varied — lung-bursting shrieks of agonized extremity; deep, caustic growls; ghostly whispers; the wordless notes of a massed chorus; and even clean vocal harmonies on “Heil Ragnarok!”.

Over the course of tracks I through IV, the emotional mood is in constant flux as the band transitions from rolling gallops to plaintive laments, from swirling folk-dances to headbanging romps, from passages of almost peaceful reflection to blast-waves of screaming outrage.

The final track (at just over 7 minutes, the shortest of the five) draws the album to a close with a synthesized instrumental piece, orchestral in style, evoking a mood captured by its title — “Cold Aurora”. It moves from an ambient drone into a slow, dreamlike melody, with shimmering tones, the swell of strings, long flute-like notes, and finally the sound of a tide advancing and receding on a cold beach, subsiding into silence.

In both conception and execution, Schwarzpfad is a tremendously impressive work of melodic black metal that commands attention and respect. It’s music that’s both serious-minded and bloody-minded. It kicks out the jams with a vengeance just as often as it carries you away on horseback through dark northern forests. It becomes even more impressive when you realize that it seems to be the creation of a single multi-talented individual (Eisenslav) — the first Kroda album since the band became a solo effort following the departure of Viterzgir in 2010.

In discussing music, words can only take you so far (particularly my words), and so, as always, we want you to listen, too. Here’s Part I of Schwarzpfad, “First Snow”:

Maybe my delay in writing this review isn’t all bad, because now I can tell you that, as of last week, Schwarzpfad has become available for order from Purity Through Fire (via this link) in a special digipack edition with a 20-page booklet, pictured below. 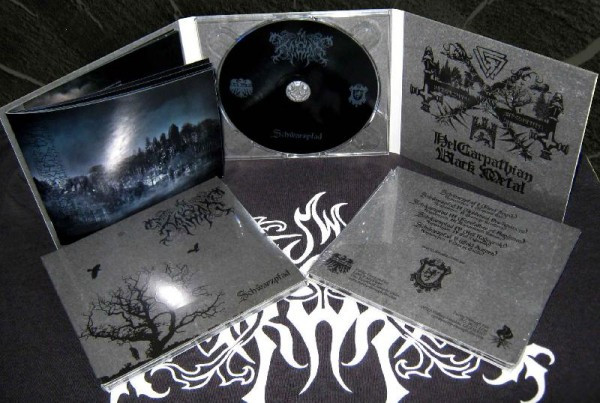 For more information about Kroda, visit the band’s official site or their Facebook page.