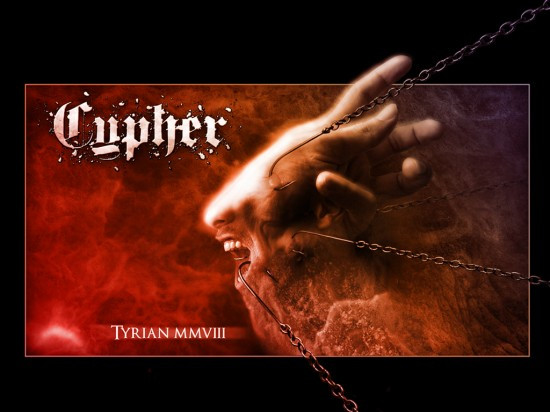 Almost one month ago, NCS writer Israel Flanders reviewed a 2006 album he loved called Darkday Carnival from a Dutch band called Cypher. That album attracted quite a following when initially released, and the band started work on a follow-up album to be called Tyrian MMVII. They recorded three songs which became available for streaming on Cypher’s MySpace page. In Israel’s opinion, those songs were the foundation for what could have been “the best melodeath record released in the last 10 years”. And then all activity appeared to stop.

As a result of his review, Israel became acquainted with the main-man behind Cyper, Tobias Borra, who confirmed to Israel what fans of the band had suspected — that Cypher is no more. However, a new band is rising from those ashes. Tobias has been joined by Joost van der Graaf (bass) and Koen Herfst (drums) in the successor to Cypher. The new band is working on an album that, with good fortune, will see release before this year is over.

As for Tyrian MMVIII, Tobias explained to Israel that it was intended as a 3-song promo for a new Cypher album, and therefore may never see release. But Tobias provided us a copy, which we made available for download with Israel’s review. Now, thanks to Tobias, we’ve got something even better — a new download package that includes high-quality FLAC versions of the three promo songs, album art for Tyrian MMVII, and a tablature book for the three songs. All that is included in a file you can download from our own high-speed Fileburst account via . . .

One Response to “CYPHER: “TYRIAN MMVIII””