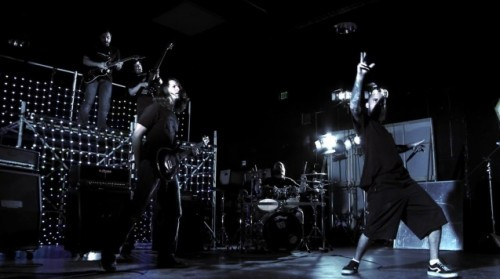 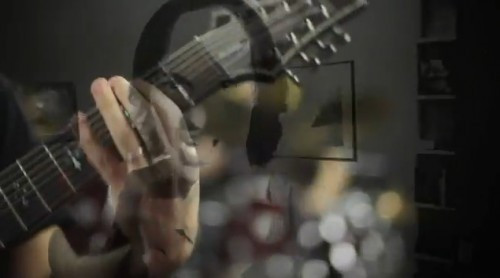 Time to get your tech-metal on. Pick your metaphor: A cocktail blender set to puree, with your brain in there along with the crushed ice; a centrifuge whipping around at max-speed, with your mushy grey matter stuffed into the tubes; a jet engine whining at full-power, with your head sucked into the front end like a wayward goose who couldn’t get out of the way.

Those will all do, but this morning I prefer a breakfast food metaphor: Whipping up your brain with a little milk into a nice froth and then scrambling the mix in a hot pan with some diced onions, chopped tomatoes, shredded cheese, and sliced jalapeños.  Yum yum!

You’ll have to supply the ingredients, but Quarter the Villain and RXYZYXR will supply the scrambling action via two music videos we’ve got for you.

We first encountered Florida’s Quarter the Villain last October through one of our MISCELLANY expeditions, and the song we featured back then was called “Frontier Justice”. And then just yesterday, I saw that QTV had uploaded an official video for the same song. So all I need to do here is repeat what I wrote before: “This is the soundtrack of daily life in the asylum. It’s got the over-the-borderline insanity of grind, coupled with mind-boggling technical picking, but anchored by a recurrent rhythmic theme executed expertly by the bass and drum lines.” And now we’ve got something pretty cool to watch while we listen to the tech-grind craziness.

This video was expertly filmed and edited by the team of Andrew Garraway, A.R. Bjorklund, Andy Lee, and Elena Thompson. I really like the set and the lighting, and you can’t help but be enthralled by the full-bore insanity of vocalist Dennis Ostheim Jr. (and the instrumental insanity of his bandmates). Time to start the scramble!

Frontier Justice from Quarter The Villain on Vimeo.

QTV is still offering the Regicide EP, which includes this song, for free download via this link. And while you wait for the download to finish, you can amuse yourself by jumping back to our earlier post and watching the band’s memorably nutzo video for “Sock Puppet Vendetta”. You can follow QTV via their Facebook page, of course. 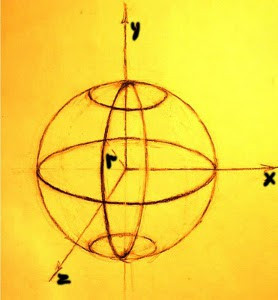 We got a message from this band back in May, inviting us to check our their music, and I’ve been meaning to write about them at some point. Then, yesterday, I got an e-mail from one of our readers (“Kef“) urging me to check out RXYZYXR, which was a timely reminder, and so here we are.

To answer the obvious questions first:

No, I have no idea what the band’s palindrome name means or how to pronounce it. Rix-e-zix-er? I dunno. And no, I’m not really sure where the members of this band are located, except they seem to be spread among different countries. But which countries? The new vocalist is from the U.S., and it seems that some (all?) of the rest may be from Sweden, but truthfully, I dunno. Now, onward to the music!

“Denial of Death” features the band’s new vocalist, Thomas Wills (who seems to be located in Florida), and it’s also available for free download (as a high-quality .wav track) at this location. You’ll notice the 8-string guitar, the 7-string guitar, and the 4-string bass (which more than holds its own despite its relative string paucity), and you’ll hear a big ball of fiery djent — complex, technically demanding, Meshuggah-like riffs hammering away at high-speed. The song veers in unpredictable directions, but it pulls itself back on course to the sound of big, heavy-ass bass-and-drum pulses, and Wills’ vocals (particularly the harsh passages) are nicely done.

Next up is the video for “Polar Knights”, and this baby is even more brain-scrambling than “Denial of Death”. Get ready for a fireball math-metal neck-snapper. You won’t even need to add the jalapeños.

Get more info about RXYZYXR on their Facebook page.

10 Responses to “SCRAMBLED BRAINS FOR BREAKFAST! (QUARTER THE VILLAIN AND RXYZYXR)”