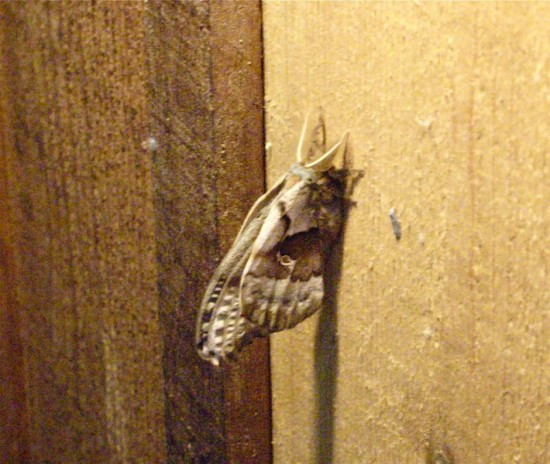 Here we go with our latest installment of THAT’S METAL! — where we gather together photos, videos, and news about items that made us think, “Fuck, that’s metal!”, even though they’re not music. We have five items for today. Ready, set, GO!

ITEM ONE (THE EMISSARY OF CTHULHU)

I woke up this morning and staggered outside to make sure the lorises hadn’t taken over the NCS compound while I was sleeping, and what should greet my bloodshot eyes but a pair of giant moths that looked like they’d entered our world from another dimension. One of these things would have made me jump out of my shorts. Seeing two of them convinced me that time is running out and the Elder Gods are about to return and lay waste to our world. Sheeeeit.

I took the photo above of one of the moths, and a photo of the second one is after the jump. Both of the mosts are about 3 1/2 inches in length. Surely we have an entomologist or two out there who can tell us what these things are. Yeah, right.

And if you think these fuckers are strange, wait ’til you see the disgusting creature featured in Item Two. 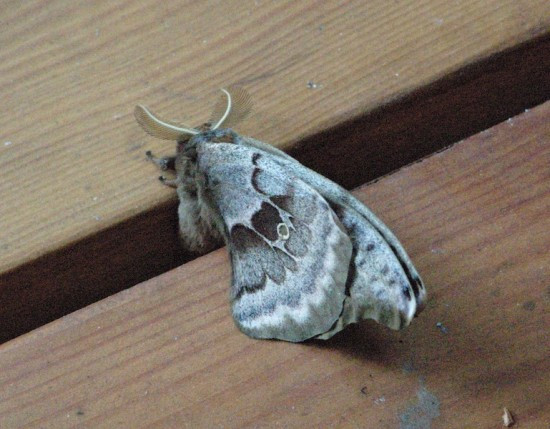 ITEM TWO (LIFE AND DEATH IN THE SLOW LANE)

That was, hands down, one of the most disgusting things I’ve ever seen. It’s like a bowel movement in reverse. BLUUUURRRGH.

There’s nothing I could say to introduce this news item that would be more ridiculous than the story itself.

ONONDAGA, N.Y. (AP) — Police say a motorcyclist participating in a protest ride against helmet laws in upstate New York died after he flipped over the bike’s handlebars and hit his head on the pavement.

The accident happened Saturday afternoon in the town of Onondaga, in central New York nearSyracuse.

State troopers tell The Post-Standard of Syracuse that 55-year-old Philip A. Contos of Parish, N.Y., was driving a 1983 Harley Davidson with a group of bikers who were protesting helmet laws by not wearing helmets.

Troopers say Contos hit his brakes and the motorcycle fishtailed. The bike spun out of control, and Contos toppled over the handlebars. He was pronounced dead at a hospital.

Troopers say Contos would have likely survived if he had been wearing a helmet.

Let’s have a moment of silence for this biker who gave his last full measure of devotion to his principles. He sure made his point, didn’t he?

Thank you. You may now begin laughing.

This is a photo taken by George Steinmetz for National Geographic. These are wild camels in the Saharan country of Chad wading knee-deep in Chad’s Archeï, a canyon whose trapped waters hold a zoological surprise. According to the caption on this photo where I originally saw it, beasts’ droppings provide fertilizer for algae, which are eaten by fish, which are then preyed upon by an isolated group of crocodiles.

I think the light, the colors, and the perspective in this photo of a most exotic place are amazing. I also periodically need a reminder that life on Earth can be as beautiful as it is completely ridiculous, creepy, and brutal. (There’s a much bigger version of this photo here.) 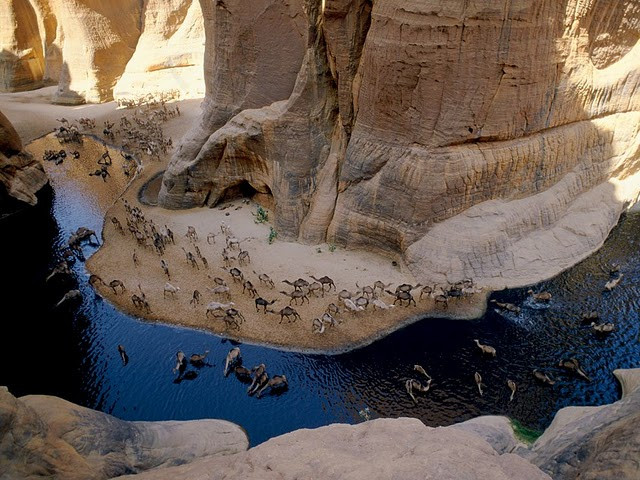 This is the cover of the next album by an awesome metal band called The Atlas Moth. The album is called an Ache for the Distance, and it will be released by Profound Lore on September 20. Last night, Profound Lore posted the album cover on Facebook. This morning, Profound Lore put up another Facebook post stating as follows:

“So it seems like due to ‘violating Facebook policy’ and ‘inappropriateness’ the cover to the new ATLAS MOTH album ‘An Ache For The Distance’ that we posted last night was taken down by Facebook because of its contents of nudity. Hilarious.”

Indeed it is. I thought shit like that only happened on YouTube. Fortunately, this morning I still had the web page from last night open on my computer, so here’s the cover. 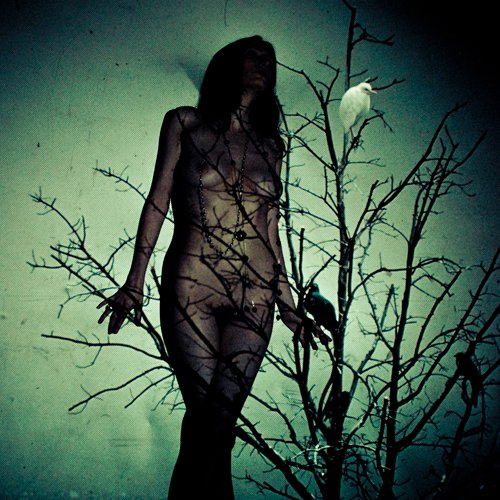 That’s it for this installment of THAT’S METAL! Credit to TYWKIWDBI for the items about the helmet-law protester and the wild camels. Credit to NCS reader ElvisShotJFK for the carnivorous snail.