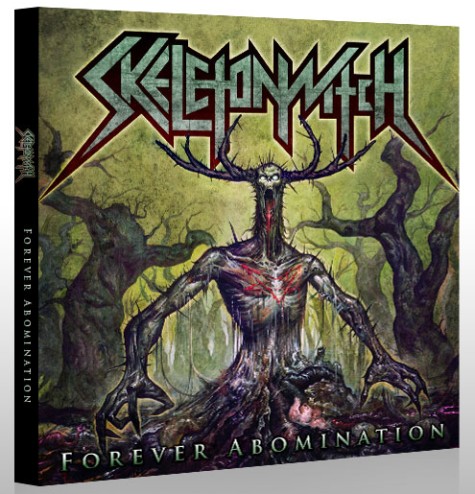 Is that a fucking awesome album cover or what? It’s by Andrei Bouzikov (Municipal Waste, Holy Grail, Cannabis Corpse) and it appears on the forthcoming release by Ohio’s Skeletonwitch, who are themselves awesome. Mr. Bouzikov also contributed the cover art for the band’s 2009 release, Breathing The Fire.

The new Witch album, Forever Abomination, won’t be out until October, but the teasing and the tempting have already begun with the unveiling of a song from the album called “The Infernal Resurrection”, which you can hear after the jump. As for how long you have to wait, here’s the release schedule for the album:

Pre-orders for the album are being accepted now, and there are some mighty sweet bundles being offered, which apparently will be limited to the pre-orders and will cease being available once the official release has occurred. More about that after the jump . . . plus we also have a killer new song and album art from a Scottish band we’ve featured at NCS before — Achren.

The Skeletonwitch album will be issued in three formats: digital download; a six-panel, plastic-free digipak; and a triple-gatefold LP (which in turn will be available in several color variants). As mentioned, there are a bunch of different bundle offers, and the cream of that crop is a $75.00 Collector’s Bundle that will include all of the album variants, a t-shirt, a hat, a whiskey flask, guitar picks, a lithograph signed by the band, and more. To quote the immortal Slim Pickens from Dr. Strangelove, “Shoot, a fella could have a pretty good weekend in Vegas with all that stuff!” More details are available at ForeverAbomination.com. And now, here’s that new song:

The Infernal Resurrection by CenturyPA

Thanks to NCS reader/commenter Utmu for the tip about everything you’ve just read. 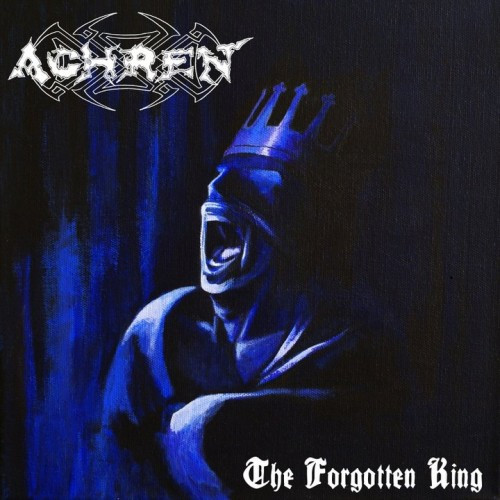 We first discovered Achren through one of our MISCELLANY posts this past January (here), and sort of went crazy over their music — a crash-and-burn detonation of blackened death metal and thrash. Since then, the band have performed at this year’s Metalcamp 2011 and they’re scheduled to play Wacken Open Air, on August 4 (at 2:15 pm, to be exact) on the WET stage.

On top of that, the band have just announced that they plan to release their debut album on August 11 at UK’s Bloodstock-Open-Air 2011 festival — the night when Achren opens the festival with another live performance.

Entitled The Forgotten King, the new album was recorded in Scotland, mixed at Drop Hammer Studios in Finland by Matias Helle, and mastered at Fascination Street Studios in Sweden by Jens Bogren (Amon Amarth, Opeth, Bloodbath, Devin Townsend Project). It should sound great — and it does. How do we know? Because we have a song from the album called “Pestilence”. Check it out — you’ll be glad you did.

The Forgotten King can be pre-ordered online now at http://achren.bigcartel.com and will become available as a download on Amazon beginning August 11. Samples from all the tracks can be heard at Amazon now.

8 Responses to “NEW SONGS AND ART FROM SKELETONWITCH AND ACHREN”