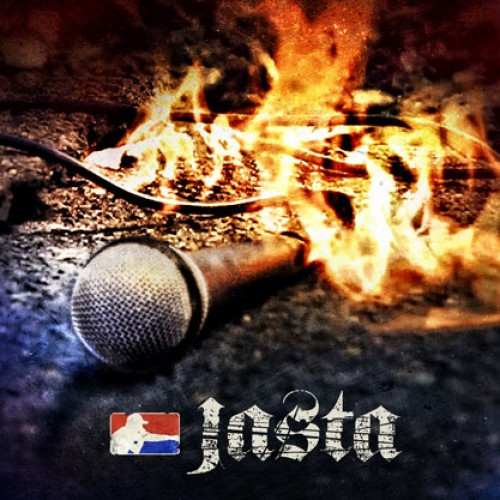 Ok, so Islander posted a song from this album recently and people didn’t care for it that much. I suspect that many of those opinions were simply pre-conceptions brought on by Jasta’s infamous brocore outfit Hatebreed. Yes, Hatebreed are the bro-est of bros, if there is such a thing as an epitomizing band, but it is unfair to apply it to Jasta in this case. This is really good music that deserves a shot.

So what does Jasta as an album have to offer? This album, according to the man himself, is an amalgamation of all of his musical influences. He plays everything, and wrote everything. Jasta’s preferences seem to cater toward thrash metal, old school hardcore, a taste for some slight metalcore sensibilities, and a little bit of that Crowbar southern sludge weight.

The album opens with “Walk That Path Alone”, a totally old-school throwback hardcore song with a catchy breakdown at the end that doesn’t bore me to tears. The next three songs “Mourn The Illusion”, “Screams From The Sanctuary”, and “Nothing They Say” demonstrate Jasta’s more metalcore leanings. We get to hear for the first time that the man is actually good at clean singing. I know, sounds impossible right? It isn’t. (more after the jump . . .) 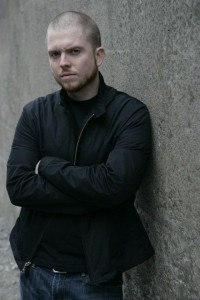 “Anthem Of The Freedom Fighter” showcases more of the Hatebreed sound of hardcore, but it certainly doesn’t come off as boring as Hatebreed. “Something You Should Know” is a more melodic, grooving number with Phil Labonte of All That Remains providing backup vocals. You get the point that Jasta is trying to mix things up here, and it works for the most part.

The riffs are simple, yet catchy, and got my head bobbing, with even a few headbanging-worthy moments (“Death Bestowed” featuring Mark Morton of Lamb Of God, for example), but for the most part it’s obvious Jasta is feeling an affinity for groove on this album.

There are other guest appearances as well: Randy Blythe on “Enslaved, Dead or Depraved” and Tim Lambesis (As I Lay Dying) on “With A Resounding Voice”. Mike Vallerly also appears on “Heart Of A Warrior”, although I have NO idea who that is. He’s got a nice old school NYHC voice going, though. Zakk Wylde (Black Label Society) also provides some shred on “The Fearless Must Endure”.

The production feels organic. Jasta’s guitar tone is beefy and suits the music very well. The drums have an equivalent percussive beefiness to them, and the bass provides a tight bottom. Jasta delivers his signature hoarse roar, of course, but it’s nice to see him branching out with more vocal styles. If he keeps working on his clean vocals, he may very well develop quite an impressive clean metal voice.

Short review, yes, but it’s for a short album. Clocking at barely over 37 minutes over 12 songs, this is a relatively brief but very enjoyable listen. Am I saying this is, like, superb, perfect-10 good? No, but it deserves a chance.

Jasta was released on July 26 via eOne Music. The CD, which was made available in Europe one day earlier through Century Media Records, is now available for streaming in its entirety at AOL Music.