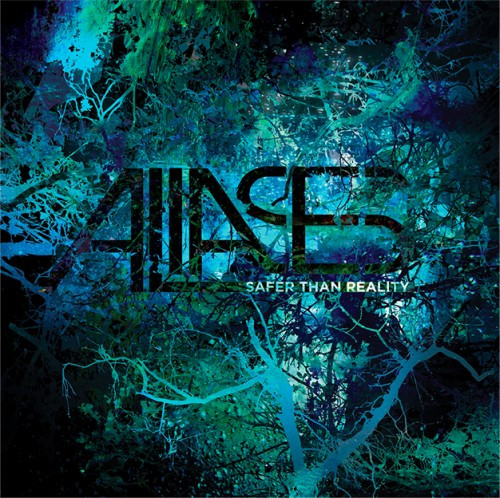 (Israel continues to pump out the reviews. Here’s his take on the latest from UK tech-metallers Aliases.)

I love SikTh. I don’t think any band is ever going to be able to recapture the sense of quirkiness and eccentricity they had in their unique sound. People have been waiting for them to reform. It hasn’t happened YET, and I’m more or less reconciled to it never happening. So now what?

Well… one of the masterminds, if not THE mastermind, behind SikTh, guitarist Graham “Pin” Pinney, has formed a new project by the name of Aliases. What is Aliases you ask? The initial reaction would be, most definitely, to brand them as djent, although this isn’t entirely fair. Graham’s signature style of guitar playing is indeed on display here, but the man has obviously evolved beyond his initial roots in SikTh to something, dare I say, more sophisticated.

Aliases is comprised of guitarists Graham and Leah Woodward, Jay Berast on vocals, Darren Pugh on drums, and Joe Heaton on bass. All are extremely proficient at what they do, all definitely in it to win it. So the question is, just how good is the music found on Aliases’ debut, Safer Than Reality?

What do you think? (hold that thought until you see what comes right after the jump)

If you’ve already recovered from the onslaught of chaotic polyrhythmic madness, whirlwinds of noodily riffing, and jarring transitions, I applaud your fortitude. This is how the album opens. No bullshit, no games. But the whole album is like this. It’s all over the place, and while some numbers are more melodic, or more brutal, than others, this is a high-quality package overall.

The next song, “The Reality Of Beliefs”, ushers in a groove with an insanely intricate opening before jumping into its rather thrashy verse. The chorus has a badass percussive vibe to it, as well as a great vocal line over it that stuck in my head for days. I didn’t know exactly how to describe vocalist Jay Berast’s voice until a conversation I had with Dan Wieten of The Omega Experiment in which he described it as “punky”. I think this is pretty accurate. The dude has intensity, no doubt. You can feel his voice taking the skin off your face like sand paper with its abrasiveness. He’s got a great clean voice as well, packed with, dare I say, soul? Yeah, sounds about right.

“We Never Should Have Met” is one of my favorite songs on this album for sure, and probably the most SikTh-like (if there is ANY such comparison that legitimately could be made). It has my favorite chorus on the album, especially — undeniably catchy stuff. Of course, the non-stop techy riffing just keeps coming at you without mercy. That’s what I love about this album: it never slows down, even during the more melodic or catchy parts, and never compromises the technicality for any reason. 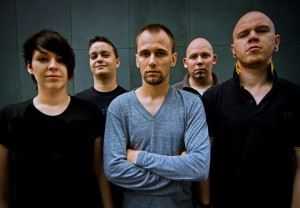 “Refraction” is an eerie instrumental that captures the feeling of something impending, and the album then fittingly transitions into one of its most brutal tracks, “All That Glitters Is Gold”. It opens with a dissonant, spellbinding, tapping lick that sounds like the stuff the best snake-charmers are made of. Lots of staccato dissonant chords attacking like nails on a chalk board and some very eerie clean and ambient parts. “While I Drown” continues along this vein and is THE most brutal song on the album. The chorus is just a pure audio sledgehammer to your skull.

The album closes with the beautiful piano instrumental, “The Beginning Has No End”, followed by the chaos-infused bruiser “Sirens”. This final song also includes epic melodic moments, very big open sections, and some MEAN-ASS SHRED on it. Very appropriate as a closing track for an album such as this.

Safer Than Reality is solid. It’s excellent. It’s intense. And yes, it’s djenty. Get this.

Can’t resist including one more song. This is a demo version of “We Never Should Have Met” — it’s not the final album track, but it’s already out in the world, and it does sound great anyway.

EDITOR’S NOTE: Safer Than Reality will be released on August 15 by Basick Records. The stunning cover artwork was designed by Seldon Hunt (Neurosis, Jesu, Isis, The Melvins). And if you like that song featured in the official video that Israel included, you can download it for free in exchange for your e-mail address at Basick Records (here). You can follow Aliases on facebook here.

UPDATE: You can now listen to a full-album stream of Safer Than Reality at  Posted by Islander at 3:30 am  Tagged with: Aliases

2 Responses to “ALIASES: “SAFER THAN REALITY””