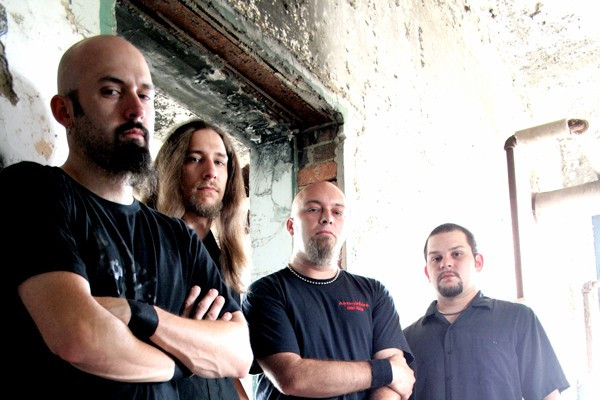 (TheMadIsraeli looks back at the discography of West Virginia’s Byzantine — and he’s spreading the music around, too.)

Byzantine is one of the most original, most kick-ass, most awesome metal bands in the last 10 years and SHAME ON YOU IF YOU DON’T KNOW WHO THEY ARE.  No one else has yet reproduced their combination of Bay Area thrash metal, death metal, Meshuggah math-metal stylings, jazz fusion, and the grooves and melodic nature of the post-thrash movement and made it all work so seamlessly and so well.

I’ve always felt that the future of metal lies in bands who engage in fusions, and I think we’ve seen this become quite clear in current bands such as Revocation. But Byzantine, as an idea, is THE epitome of the modern metal band.  Theirs was (and I hope will be) the kind of direction we need to see more in this age of brutality.

So yes, the subject of today’s feature is what, in my mind, is one of metal’s most important bands.  Reviews of their (thus far) three album discography follow, and guess what?  That’s right, another download of the full thing.  Except this time we’re indefinitely hosting it, with no time limit on your freedom to grab these slabs of goodness. (more after the jump . . .)

Byzantine is one of those bands with a signature line-up you can’t really beat.  The band was originally founded by vocalist/guitarist Chris “OJ” Ojeda and lead guitarist Tony Rohrbough, recording their first demo with a drum machine.  They would later be joined by drummer Matt Wolfe and, after a bass player named Chris “Cid” Adams came and left without staying for very long, by bass player “Skip” after their sophomore release …And They Shall Take Up Serpents (Tony Rohrbough recorded the bass on the album).

Starting from square one of the official Byzantine disco we turn first to . . . 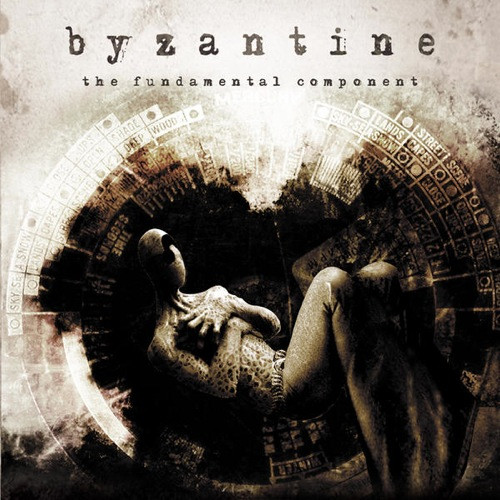 Byzantine’s 2004 debut must have been a total anomaly in the metal landscape at the time. The album opens with “Hatfield”, a schizophrenic thrasher filled with razor-sharp riffs, exercises in polyrythmic groove, and some brutal-ass breakdowns. This song alone gave a good introduction to the beast that was Byzantine and what they were about. The song was so well-written and so well-composed. It’s so rare that I hear songs this well put-together, much less entire albums, but this level of excellence prove to be the case in all three of them for Byzantine.

The Fundamental Component not only has great songs, great riffs, great grooves, great solos and great vocals, it’s got tremendous diversity, too. Every song on this album sounds completely different from the others, which is ANOTHER characteristic all of Byzantine’s albums would share. Describing Byzantine’s sound is a very (very) VERY difficult task beyond the points I’ve provided, and while I realize some people might feel this is too vague, adding the nuances you have trouble articulating is what YouTube videos are for, no? 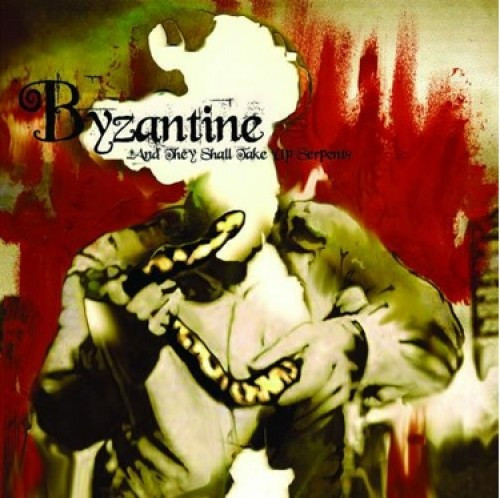 …And They Shall Take Up Serpents saw Byzantine’s formula taken to the next level. The songs were heavier, the experimentation was turned up, and the scope of the song’s compositions broadened. From the opening notes of the thrashy “Justicia” or the southern swing of the title track, to the melodeath and proggy approach of “Ancestry Of The Antichrist”, the diversity, as on the first album, was all over the map in terms of how these songs were approached.

The compositional ability is what sticks out here the most though. These songs come with wonderful twists and turns that, while unexpected, mesh perfectly together with everything else that’s going on. The bass tone on this album was one of the beefiest I’d EVER HEARD IN MY LIFE and the plethora of memorable riffs was just too much. What about that engrossing acoustic intro to “Redneck War”, or the galloping assault of closer “Salem Ark”? This is when we saw Byzantine become an absolute monster of a machine. 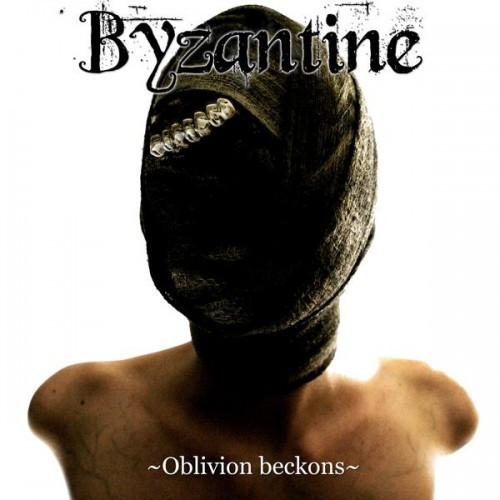 Oblivion Beckons is the latest album from Byzantine, and the number one thing that’s noticeable is that the guitar wizardry has reached new heights of sorcery. When the riffing’s technicality isn’t intensified, the experimental nature of the ideas at work is, from the harmonic scraping verse of “The Gift Of Discernment”, to the djenty Bay-Area-thrash hybrid title track, to the calming Sepultura-like acoustic track “Renovatio”. While the guitar was always a focal point of Byzantine’s music, it really shines here.

I would also deem this Byzantine’s most pissed-off album. The band opted for a more technical, more straight-up brutal approach, and it works so well. There are some serious mean-ass grooves on this album as well; just try to deny the march of “Deep End Of Nothing” or the doom-saying lumbering of “Centurion”. I dare you.

And so, with this I conclude my overview of Byzantine’s discography. You’ll find the download of each album below, as per the usual procedure with these things. As for what’s going on with this band right now? Well… the band broke up back in 2008, until they decided they were too metal for that and reformed in 2010. As of right now, due to various complications, Tony Rohrbough is currently not in the band, but the other three original members remain — OJ, Skip, and Mike. I look forward to what’s in store for these guys. I hope you enjoy Byzantine as much as I do. To me, they are truly standout and revolutionary.

Now here are the download links for each album:

EDITOR’S NOTE: As TheMadIsraeli observed, Byzantine is becoming active again (minus Tony Rohrbaugh) and working on their fourth album. You can track what they’re up to at their facebook page.