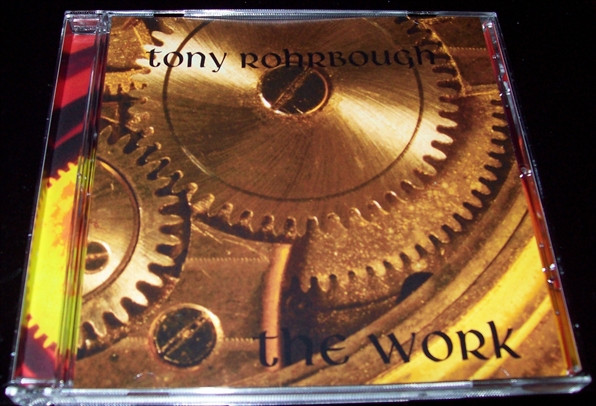 This review has been a long time coming and is VERY overdue. Tony Rohrbough, for those who don’t know, is the lead guitarist of progressive groove-metal masters Byzantine (a band who will be the subject of a retrospective, with a full discography download, in the post that follows this one), and if you’ve never heard of Byzantine, you need to get educated about them, because you’ve been missing out on one of the best bands of the last 10 years.

I’ve had this album for 3 months now, trying to absorb all that it is. I didn’t want to give this a rushed review, a sloppy review, because this man is one of my favorite guitarists of all time. As a guitar player myself, I IDOLIZE this dude’s playing. The riffs he wrote in Byzantine and his solos in that band’s recordings were just enrapturing to me. I wanted to do this dude proper justice on his first solo outing, and even as I sit here and try to review this now, I don’t think I’m going to do it justice, but I will try.

Let’s establish one thing at the outset: This is a solo album, but this is not a solo album meant to show off Tony Rohrbough’s beastly shred capabilities. This is an exercise in song-writing. Yeah, there are more leads and solos than on your average album, because of the lack of vocals, but that’s far from the point. Rohrbough is creating compositions here, something most shred masters can’t do for shit on their own. (more after the jump . . .) 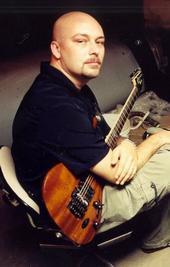 On The Work, he uses nothing but himself, his guitar rig, and an extremely fake sounding and obvious drum machine that ends up adding a coldness to the music that benefits it rather than takes away from it. This is a very healthy slab of progressive groove metal, VERY SIMILAR to the Byzantine style, but purely instrumental. The riffs here are great, combining Bay-Area thrash flavor, death metal, Meshuggah-style polyrythmic goodness, and jazz fusion garnishes. The Work is a totally unique experience, with many emotional peaks and valleys.

Let’s take just the opener, “Throat”, for example. It’s got an industrial-noise-based opening, a chugging groove that sets the mood and the drama, thrash sections, jazz fusion-esque leads, and atonal death metal riffs, all packed into one song. Or take the song “The Drake Equation”, with its snake-charmer of a diminished key opening – dark, with some awesome lo-fi synth work in the background giving it an edge of mystery — followed by a really somber, doom-metal-feeling clean section that completely pulls you in. This song in a lot of ways reminds me a bit of a Nobuo Uematsu track in its melodic content (for those not in the know, Nobuo Uematsu composed the music of the Final Fantasy games).

“Meds” brings in some brutal, double-bass-onslaught action with an emphasis on death metal atonality, except for a Meshuggah-like main section with eerie leads over it. This is one of my favorite songs on the album, especially for the melodic content of the leads involved. The rhythm/lead guitar interplay here is fantastic as well. As should be expected, all of Tony’s leads on this album are either brimming with mood or melting your face off with blazing intensity.

“Es” is a smooth, grooving song with a melancholic vibe.  The low-tuned, 7-string performance communicates a very solemn, somber feeling.

“Not Dead But Dying” has a vibe very similar to “Drake Equation”. In a way, it feels like a sequel of sorts, but with more math-metal elements, more odd time signatures, some very cool eccentric stuff going on. 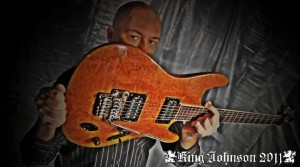 The opening of “Feral” dishes up a very dark thrash riff with synths over it, lending the music a pronounced black metal atmosphere. Really cool. The chorus, or what could be called the chorus, is especially awesome, breaking up the darkness of the rest of the song with a very melodic, uplifting emotional effect that adds wonderful contrasts within the song itself.

“Devout” brings out a far more melodic thrash sound and character, while African sounding instrumentation throws some eccentricity into the mix. “Ancient And Brooding” amps the brutality in the form of a musical swing that generates the feeling of a great beast (or something of that ilk) lurking with menace in the dark. More synths are at work in the song, but they provide a vibe of impending doom this time instead of producing the melancholic emotions they were used to generate previously. This song also includes some of my favorite moments of shred on the album.

“Uncertainty Principle” is the fastest, most brutal song on The Work and encompasses the sum of all this album has been about up to this point. That’s all there is to say about it. KICK. ASS. SONG. Oh yeah, and the album ends with a cover of “Call Me” by Blondie.

You can check out a good chunk of the songs on this album through this widget from Tony Rohrbough’s ReverbNation page (http://www.reverbnation.com/tonyrohrbough):

EDITOR’S NOTE: You can buy The Work in CD form at this location or as a digital download from Amazon. Tony Rohrbaugh has written this explanation of his goals in recording the album:

My goal with this project was two-fold. First I wanted to record an entire CD of music completely on my own with no help or input from anyone else. In doing so, the success or failure of the thing rests entirely on my shoulders. So it’s sort of like an act of discipline to see it through and try to create something worthwhile.

The second part of this was to complete the whole thing without spending any money. It is said that a poor craftsman blames his tools. So an important goal for me was to record this thing using only the very modest gear/software I owned at the time. Can one be creative and write/record something worthwhile with no budget? That was the question I kept asking myself. You guys will have to decide on the answer.

Now I did manage to write/record everything your hearing alone. But eventually, I got my head too far up my own butt and realized that I was never going to be able to get enough distance from these songs to be able to mix and master them properly. My friend and former band mate Terry Smith volunteered to mix them for me and it’s his mixes you’re hearing. Thanks Terry!

8 Responses to “TONY ROHRBOUGH: “THE WORK””