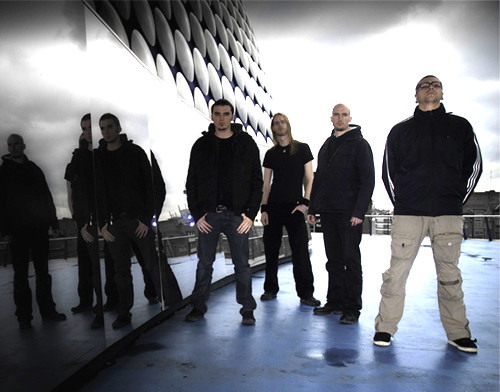 Here we are with another edition of MISCELLANY, in which I listen to bands I’ve never heard before and report the results, whether they be good, bad, or indifferent. The ground rules:  We keep a running list of bands who contact us, or who are recommended to us, or who seem interesting based on things we read. When time permits, I grab a handful of names off the list, I listen to at least one song per band, and I write about my reactions. Then, I let you listen to what I heard so you can make up your own minds.

Them’s the rules, and I usually (though not always) stick to them. For today’s post, I picked two bands who were recommended and one who contacted us: Illuminatus (UK), Arkona (Russia), and Satevis (US).

These bands turned out to be significantly different from each other, and the musical variety was a good reminder of the diversity that metal has to offer. The music also turned out to be quite good, though given my own tastes, I did have a favorite. So, with that preamble, follow along after the jump and please do let us know what you thought of this music after you’ve heard it. 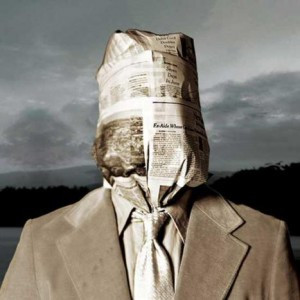 Much earlier this year, I discovered this band through NCS writer Andy Synn, whose from the same town (Nottingham, England), though three of the four members of Illuminatus are originally from Spain, Germany, and Italy. I’ve had them on our MISCELLANY list ever since. Why I haven’t checked them out until now is one of life’s mysteries; perhaps not as mysterious as “where did we all those crop circles come from?”, but still inexplicable.

The band’s second album, Glasnost, was released in February 2011 on Headroom Records, and it has garnered a multitude of enthusiastic reviews. In searching for a song to hear for this post, I turned to an official video for a song from Glasnost called “Murdocracy”.

My first thought after pressing “play” was that these are very well-dressed metalheads. But that thought lasted about a nanosecond before the music knocked me flat. “Murdocracy” has an aura of crushing intensity, with a pulverizing bass line and hammering percussion, waves of ringing guitars, and righteously venomous vocals. But the damned thing is also virulently infectious because of the melodies that surf along atop the rolling tide.

As you know, my tastes run to the more extreme variants of metal, and “Murdocracy” isn’t typical of what I usually put on my personal play lists. For one thing, the near-clean vocal style is more what you’d find in a hard-rock band. But I do like a well-written song that succeeds in getting the adrenaline pumping and also includes a powerful hook or two that stays with you. Doing that isn’t easy; if it were, everyone would be doing it. Illuminatus does it.

By the way, I cheated and listened to a few more tracks from the album before moving along to the next band. Those song-writing chops I was telling you about? Yessir, this band has them in spades. For more info about Illumnatus, here are the links to their facebook page and their official site. Glasnost is available on iTunes and at Amazon. 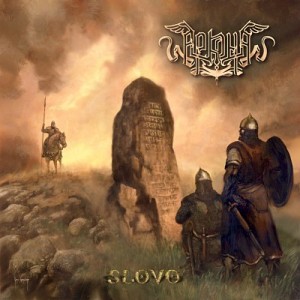 NCS reader/commenter/band-name-creator Trollfiend has been urging me to check out this Russian, female-fronted, pagan/folk-metal band, and so I finally relented, deciding to make Arkona my second stop on today’s MISCELLANY tour. It’s not that I didn’t trust Trollfiend, but to be brutally honest, the words “female-fronted pagan/folk metal” don’t exactly trigger a Pavlovian slobber response in me.

Before listening, I poked around to see what I could find out about Arkona. For one thing, I found that they have 35,890 “likes” on their facebook page. Clearly, there’s a large pack of devoted dogs out there for whom this band does induce salivation. For another thing, I discovered that Arkona have produced six albums, the most recent of which — Slovo — will be released on August 26 by Napalm Records. For a third thing, I saw and liked the album art for Slovo (look rightward and you’ll see the art by Kris Verwimp). For a fourth thing, I found a song from the new album to hear, in addition to the video for an older song that Trollfiend sent me.

The new song is called “Incantation” (or at least that’s the English translation — Arkona’s song titles and lyrics are in Russian). If you’re expecting soft cheese and a sweet soprano, think again. The vocalist (with the fetching name of Masha Scream) has got an intense voice even when she’s singing cleanly, and she’s a good growler, too. Though the song includes a number of traditional folk instruments and melodies, it’s also a motherfuckin’ headbanger. The slashing  tremolo guitar was also an unexpected and welcome addition to the mix.

The video I watched was for the title track to the band’s 2009 album, Goi, Rode, Goi!, which means “Hail, Rod, Hail!” — Rod being the Slavic Great God, Father of the Universe. There are some cool visuals in this, and we get to see what Masha looks like in skins and battle paint. We also get a much heavier helping of her growly vocals, which are damned good.

Check out “Incantation”, and then below that is the official video for “Goi, Rode, Goi!”: 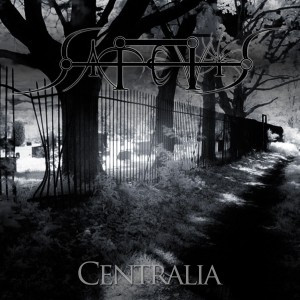 Satevis is an unsigned, New York-based metal band who wrote us in July, asking that we check out their December 2010 EP, Centralia. Satevis is a new name for the band, replacing their previous moniker, Antares (and before that, the band called themselves Corsis). The latest name change apparently commemorated an alteration in the band’s sound, which I gather was previously more in the atmospheric-doom vein of metal.

Venturing forth for this MISCELLANY exploration, I decided to start at the beginning and listen to Centralia‘s first track, “Endless Perdition”. What a wonderfully varied song it turned out to be.

The dulcet sounds of a harpsichord in the intro transition to a thundering charge of heavy riffage and magnificently rancid vocals, which in turn transition to a piano-and-bass duet, which then eventually leads to an acceleration of the tempo and a variety of multi-toned guitar leads and solos, with changing keyboard accents — before the song changes again, a brief string instrumental serving as the prologue to an all-out rush to the end, led by pummeling double-bass and jets of heated guitar. The melodic chorus has a pagan-metal vibe, and the overall feel of the song strongly brought to mind Moonsorrow. Check it out:

Having heard that song, I then perpetrated a massive cheat on my rules and listened to the rest of the EP. All my first impressions from “Endless Perdition” were confirmed — Centralia is brimming with intricately layered music, both savage and sublime, that’s both ambitious in its design and expertly executed. It has an epic, symphonic air and a sharp, blackened edge, and I still think it would be quite at home in company with the music of Moonsorrow. I highly recommend it. (The album cover is damn cool, too.)

Fuck it, I might as well play one more song. This one’s the title track, and features melodies that are carried as much by the bass and acoustic guitar as by the electric guitar and keys. It’s an often mournful but emotionally powerful journey:

Centralia is available for download at Bandcamp (here) for the entirely fair price of $5. Yes, there are “only” six songs on the EP, but they add up to more than 30 minutes of music, and it’s 30 minutes of time that’s very well-spent.

You can visit Satevis at facebook via this link, and their official site is at this place.

To sum up, I really enjoyed the hell out of this MISCELLANY expedition — three bands with very different styles of music but all good. I hope you find them to your liking, too.

44 Responses to “MISCELLANY NO. 33: ILLUMINATUS, ARKONA, AND SATEVIS”