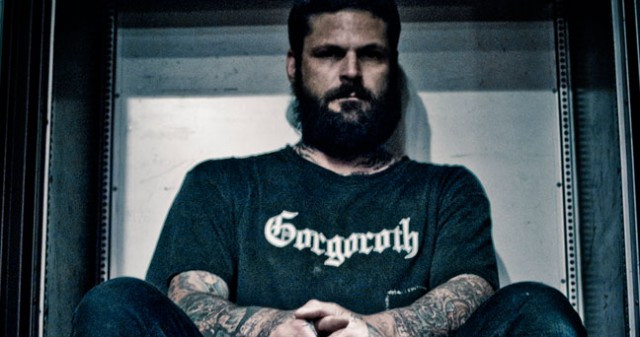 Leviathan is a one-man American black-metal project whose alter ego is Jef Whitehead (a/k/a Wrest). Whitehead has been making Leviathan music since at least 1998, including 15 demo’s, 7 splits, two EPs, and four full-length albums, the last of which was 2008’s Massive Conspiracy Against All Life. Whitehead also collaborated with Nachtmystium’s Blake Judd and the multi-talented Sanford Parker in a project called Twilight that created a highly regarded 2010 album entitled Monument To Time End. Despite my continuing efforts to become better educated about black metal, my exploration of Leviathan has been limited (by time) to just a few tracks from the last album, but it’s clear that the name is one to conjure with in circles of the black metal intelligentsia.

Over the last year, Whitehead has gained notoriety for reasons other than his prowess as a creator of distinctive music: He is facing criminal charges for assault on his former girlfriend. You can read about the details here or here. In an interview of Blake Judd conducted earlier this year by our own BadWolf, Blake Judd questioned the accuser’s credibility, and he doesn’t appear to be the only person who’s doing that, but the charges are still pending.

Today, Pitchfork published an interview of Whitehead, the first time he’s given an interview in close to a decade. In addition, Pitchfork premiered a new song from Leviathan’s next album, True Traitor, True Whore, which is scheduled for release by Profound Lore on November 8. Pitchfork’s Brandon Stosuy, who conducted the interview, has heard the album and calls it “one of the best metal albums of the year.” In a different interview, Chris Bruni, the head of Profound Lore, called it “very creepy, dark, eerie, and quite disturbing and unnerving” and “different than anything Leviathan has done.” I haven’t heard the album, but I did listen to the new song.

It’s called “Her Circle Is the Noose”. It’s a harrowing piece of music, clattering with off-kilter drumming, shrouded in a haze of melodic tremolo chords punctured by electronic pulses, and charged with Whitehead’s visceral, hair-raising vocals. Worth hearing — which you can do by following this link.

7 Responses to “LEVIATHAN: “HER CIRCLE IS THE NOOSE””