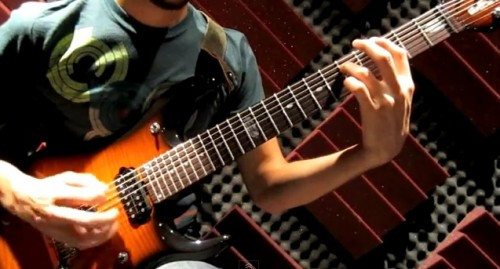 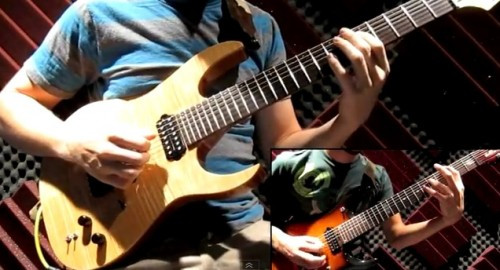 Seeing Letchford and his co-guitarist Travis LeVrier doing their thing live remains a thoroughly entertaining experience, and yesterday’s release of the two of them doing a play-through of the song “Whales” from the new album captures some of the wonder I felt for the first time more than two years ago. (more after the jump . . .)

That’s one of the great things about a play-through video. You get the immediacy and the challenges of a live performance, but you also get great sound and video quality. The “Whales” video delivers on both fronts, with a multi-screen edit that lets you see both guys, close up, doing their thing at the same time — two 7-string wizards delivering a cool piece of music. There may not be any rancid vocals on this song, which we love so well here at NCS, but there’s no clean singing either.

UPDATE: I’m still thinking about that Scale the Summit show two and a half years ago, so here’s a song from Carving Desert Canyons in memory of that performance. This is “Age of the Tide”:

[audio:https://www.nocleansinging.com/wp-content/uploads/2011/09/05-Age-Of-The-Tide.mp3|titles=Scale the Summit – Age Of The Tide]