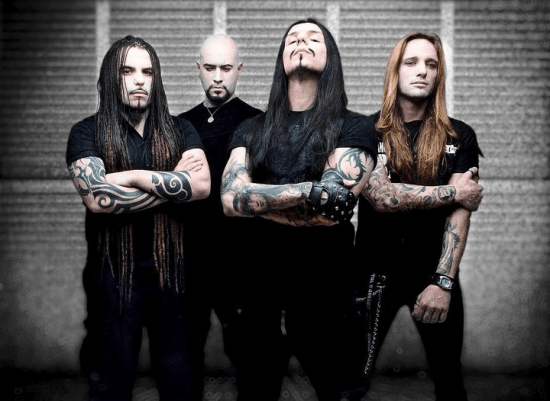 The 2011 album from Septic Flesh, The Great Mass, has been one of the year’s high points for several of us here at NCS. Andy Synn opened his detailed review of the album this way: “Equally comfortable playing the roles of death metal behemoths, gothic troubadours and classical composers, Septic Flesh have crafted another deep and rewarding piece of majestic, symphonic metal that carefully navigates the pitfalls and clichés which plague many of their peers. . . . I for one could not imagine these songs without the complex classical arrangements, nor see them existing without the frantic energy provided by the furious drums and guitars.”

Unlike many “symphonic” metal bands who are forced to rely on synthesizers for the addition of orchestral elements, Septic Flesh recorded The Great Mass with the Prague Filmharmonic Orchestra, and the difference in sound is dramatically evident. While it may be difficult to imagine the songs without the fury of the drums and guitars (or the power of Seth Siro Anton’s vocals), we don’t have to exert our imaginations, because Septic Flesh have now made the orchestral version of one song — “Mad Architect” — available for streaming. I had fun this morning listening to the album track first and then the orchestra-only version of this magnificently bombastic song. So I thought I’d give you the chance to do the same, after the jump.

Also after the jump is a song that has been exploding my head from an album called Thy Blackened Reign by an Illinois band called The Horde. The album was released last month by Stormspell Records. I’m so far behind on reviews that I’m worried I may not get around to writing a proper one of this ass-kicking slab of metal — but I’m at least going to include a short one here, while spotlighting that one song as a taste for you of what the record has to offer. More about The Horde and that song after the Septic Flesh tracks.

First, here’s the album version of “Mad Architect”, with the performances of the orchestra and Septic Flesh integrated to produce a killer song (one of my favorites on The Great Mass):

And now, here’s the orchestra-only version of the song, which is now up on Soundcloud: 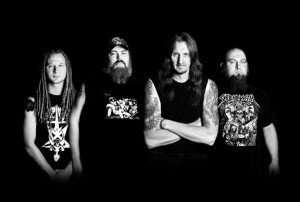 This band came together in 2006 and released a debut album called From Empire To Ashes in 2008. As I mentioned above, their second effort hit the streets last month, and that’s the album I’ve been listening to recently. The band describe their music as Viking Thrash. It’s not a bad description, because many of the songs do include thrash elements and there’s a lot of battle-themed lyricism on the album. But there really isn’t any simple, shorthand way of describing the music that would adequately capture its stylistic diversity.

The music represents a fusion of classic heavy metal (think Iron Maiden, Motorhead, and Venom), old-school thrash, punk, epic Viking metal, and even elements of black metal — with vocals you can understand and lyrics that make you want to bellow along with the band. The sound is raw, aggressive, and unprocessed, and while listening, it takes little imagination to feel transported to a beer-soaked club, with a good buzz on, crashing in the pit with no thoughts about tomorrow. The album is a great example of music that’s both a rock-the-fuck out, headbanging good time and a mentally engaging experience.

I’m a fan of every song on this album, but the title track is the one I’ve been replaying the most. Have a listen:

These marauders have been playing together for the better part of two decades, they’re clearly doing what they love, with conviction and heart, and they do it well. They deserve some support. You can snag a CD version of Thy Blackened Reign from Stormspell’s onlne shop (here), and you can find out more about The Horde by visiting their facebook page. And now, I’ll leave you with the cover art for this album, which is one of the most epic metal album covers I’ve seen this year: 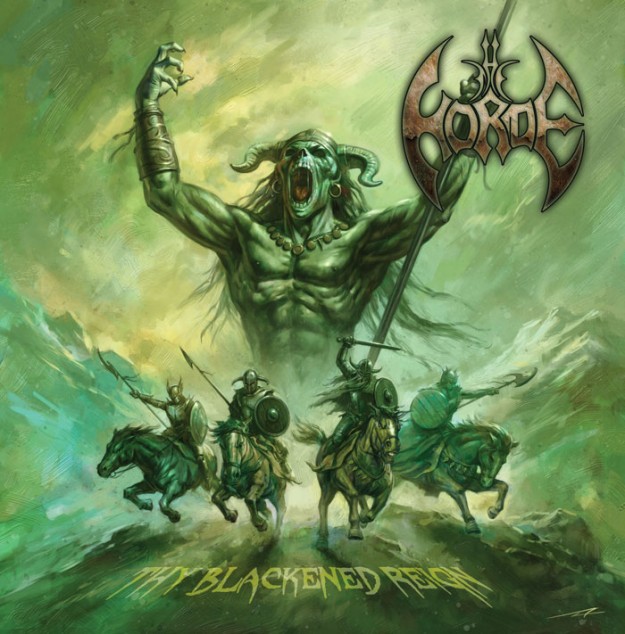 7 Responses to “RANDOM FUCKING MUSIC: SEPTIC FLESH AND THE HORDE”