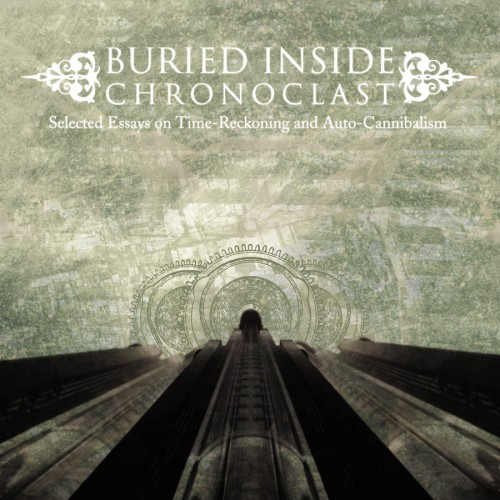 (Yes, that’s what our guest contributor Phro did. He listened to Buried Inside’s Chronoclast album, and not for the first time. And as he did, what apparently went through his fevered mind was this . . .)

So, I stand.  I run.  My lungs burn and sweat stings my eyes.  My thighs are red from rubbing against my jeans, and my balls swell from bouncing against my legs.

Then, Time’s evil whore the Clock rises up from the shadows and punches me right in the dick and I fall to the ground. (more after the jump . . .)

I am swept away by endless tides, filled with the horrendous fingers of Time’s infinite reach.  For a while, I sink, quietly and placidly.  But death can’t have me yet, and I thrash.

I am Fury, I am Rage, I am the HateFuckery that your drunk father unleashed upon your mother’s fetid loins after a day of five-dollar pitchers of beer and NASCAR.  I scream with the unrepentant hate of the Heretic. 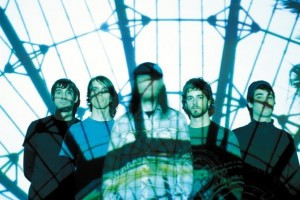 But Time and Clock are cruel gods.  Their love is not love, but a pillow pressed upon your face until you stop squirming.  They are your over-protective mother gently touching you where the Ken doll is missing a piece and whispering quiet nothings about how good you are.  They are your father whipping your ass with a belt you made from donkey cock skin.  They swing whips of barbed wire, and use your tears and blood as lubrication for your colonoscopy.

But their binds are loose and soon I’m free again.  I kick Time in the kneecaps and punch Clock in the goddamn face.  It’ll do no good, and I know this as I limp down the hallway, but fuck if I’m going down without a goddamn fight.

Counting the doors, my heart pounds like an angry Siren fucking a horrified sailor.  The screams of agony and pleasure mixing in my ears, and I know exactly how they both feel.  The rising pulse throbbing in my veins is drowned out by the splintering of wood as harpoons raze the walls.  I am the great white whale and Time is a shitty shot.

An unlocked door.  It opens as easily as the wind moves a curtain, and I slam it shut.

I lay panting on the floor.  Time and Clock are stymied, if only for a moment.  I feel the needle pricking my skin through my jeans.  I breathe deeply.  Deeper again.  How many cocks does a man have to suck to escape time?  Only one if there’s a drug dealer on the other side of that cock.

I swallow my fear and pull the cap off the needle.  Now or–

The door splinters like a broken bone.  Pieces of wood lacerate my face and embed themselves in my skin.  They bury in deeper and deeper like maggots working their way through a corpse.  Time stands before me, grinning like the corpse of the Cheshire Cat.  Clock lumbers into view behind him.  Their breath is hot and it fills the air with steam.

As they pummel me, their fists covered with silver rings, I can feel my escape near.  Hollow voices and the cries of dead ghosts echo through my body like a crumbling canyon.

I feel my pulse between the wet smacks of Time’s fist on my face. 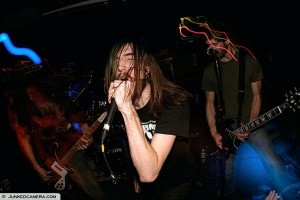 And then adrenaline.  Pure and sweet.  Like your first blow job at the back of the school bus.  Your sister’s lips are as soft as the lotion tissues you use to jerk off every night.  It fills you and…

Explosion.  Clock and Time are struggling, one against the other.  Their howls are like demons fighting for the right to rape the Christ.  They have tasted blood, but neither is sated.  Their fists turned one upon the other, they forget me.  I laugh, meekly, through swollen lips and sagging eyelids.

The journey to the ground takes not moments but centuries.  I watch Time and Clock pound each other so slowly I can see the air moving out of the way.

The ground reaches up and sucker punches me in the dick and the chin at the same time.  Had I known Gravity was going to get involved in this fight, I might have brought a gun.  Or a knife.  Or at least a feather pen.

One of my knots on my face ruptures under the pressure, and, as I stand, I see my blood pooling on the floor.  I can feel hot liquid running down my leg as well.  I ignore it.

There’s a crowbar at my feet.  Why is there a crowbar in the mansion of Time and Clock?  I don’t fucking know.  Why am I even here?  I don’t know.  Is this some bizarre pedophile fetish fantasy horror story about growing old?  I don’t know.

But I do know who’s about to get assfucked with a crowbar.

Their voices continue echoing.  Their howls are like the sounds of wild animals raping, eating, fighting, and getting raped, eaten and fought filtered through Jerry Lee Lewis’s burning piano.  They can’t hear me.  I can’t hear me.  I don’t think.  I don’t feel.  I just… 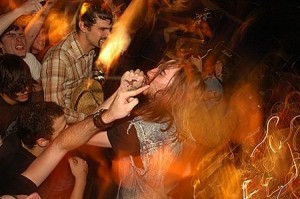 Clock’s face belies confusion.  I am Bruce Willis and you are Marsellus Wallace.  Clock falls next.  Pieces of glass and metaphorical blood trickle on the floor.

I break arms, legs, heads, and drink in the taste of the blood of gods.  Weak, fleeting, animalistic gods in need of a savior.  My voice goes out, but I keep screaming.  I cough blood and vomit stomach acid, but I won’t stop.  I smash at them until bloody pulp mixes with brain matter and iron.  I get a rage boner and cream my pants, but this only drives me on further and further.

And, arms burning, I fall upon this pile of lifeless shit.  My arms won’t work, and I’m pretty sure I had a couple of strokes, but fuck them.  I won.  I won.  I…

From the shadows, I hear the sound of shrieking wolves.  I can see their eyes glowing red and their fangs shining brilliant white.

From beneath me, I hear the laugh of Time.

Phro’s notes on Buried Inside:

Chronoclast  is Buried Inside’s third album, released in 2005.  They’re from Canada, apparently.  One wonders if time works differently in Canada.  (Time is, obviously, the theme of this concept album.)  The music itself sits on the border of grindcore, hardcore, and (maybe) early metalcore.  I can’t promise you will like it, but if you like massive, furious, stomping sounds mixed with moments of abject, horrifying quiet, you should check this out.  Seriously, I have no other way to describe this album.  It’s raw and hyperproduced at the same time.  Like amateur porn.  Except you don’t have to pay $25 a month to get this boner going.  And your girlfriend/wife/boyfriend/husband won’t be pissed you spent money to jerk off instead of talking to them.  You heartless asshole.