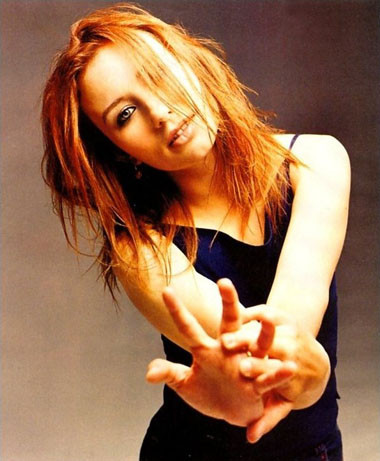 (Here we have a tender letter from guest contributor Phro to Tori Amos, who seems to have riled up metalheads far and wide with THIS.)

Don’t take this the wrong way, but who are you?

I’m guessing you think you’re pretty important… Which maybe you are. But either way I have no idea who you are. Oh! Wait! Are you the little puppy who sang about ironic things in the 90s? …Or was it apples? I’m pretty sure there was a woman singer who sang about stuff. I know you’re not the nice lady who was God. And the Google image search gave me a red head instead of a cute blonde, so you’re not Jewel…well, I’m at a loss.

Anyway, this is a letter for you.  I hope it will justify your sense of importance.  By the way, this might seem like it was written for a five year old, but that’s only so it’s easy to understand for you.

Anyway, apparently you have challenged metal. Which…what…when…where…who?  Who, exactly, do you think that is? Limp Bizkit? I mean I may not know who you are, but I also don’t issue challenges to  random…umm…things, because that’d just be weird. (You know music can’t hear or read, right? I mean, technically, it doesn’t even exist since it’s just sounds waves, but let’s keep this at the five year old level.) 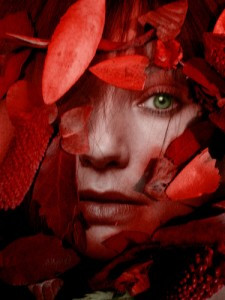 Look, saying you’re gonna take someone down is pretty serious. You’re like 5’6″, right? (I’m just guessing based on Allanis Morrisette’s height.) Well, the lead vocalist from Amon Amarth is like Viking zombie Godzilla tall. He’s could eat you and still have room for a full pig. I mean, I hope he doesn’t, because the cholesterol might kill him, but don’t make him mad is all I’m saying.

And, again, you’re just one person. That’s the challenge, right? Just you? Well, unless you are gonna use a gun or a broom stick to sweep the legs of the band while they’re playing, the odds are not very good for you. Maybe your a SEAL? I think a SEAL could probably take a metal band by himself, but, even then, I wouldn’t bet too much money on it.

Oh, wait, I checked again, you’re talking about emotional something. WTFBBQ? you’re gonna take metal bands down emotionally? Does that mean you’re gonna tell them their pants make them look fat? Or maybe that their parents will never love them? Perhaps you’ll just tell them that they’re weird and no one will ever love them!  HAHA!  Too bad, you didn’t know all metal bands have no hearts or souls, since all metal bands have sold them to be metal.  (It’s a well kept secret, you can’t actually play metal without selling your heart and soul.  It’s in the union contract!)

Oh! I get it now! You mean like a battle of the bands! Because that’s a great way to judge artistic quality: let the unbiased masses decide!  That’s a stupid, stupid, stupid idea. (Seriously, you fail at basic logic so hard it makes me wonder if you know how to add.)

According to MetalInsider, you covered a Slayer song.  That’s…that’s just lame.  Seriously, I know everyone is hanging off of Slayer’s nuts like crabs off a hooker’s chapped vagina, but why don’t you just go cover “Fade To Black”?  Covering Slayer is as metal as attending a J-Pop concert dressed in full anime cos-play regalia.  Which is to say that it’s really not metal.  Maybe if you covered Napalm Death, then we’d know you weren’t just a troll.  But you’d have to cover Anal Cunt before I’d even start to give you the time of day.  I’d be cool with it if you even just covered a song off their Picnic of Love album. 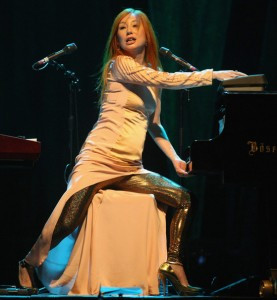 “I’ll take them down at 48 [years old],” she continues. “And they know I will. Because emotion has power that the metal guys know is just you can’t touch it. Insanity can’t touch the soul. It’s going to win every fucking time.”

Have you ever listened to metal?  I mean, besides asking them damn noisy kids to keep it down next door when they’re sacrificing virginal lambs to Mammon.  I mentioned Napalm Death before.  If you really think those guys are just “insanity” and have no emotion, then maybe you need to put your acoustic guitar down, go find a knitting needle, and make yourself deaf.  Clearly, you’re ears aren’t working anyway.  Or maybe Pig Destroyer.  In fact, I’d wager that J. R. Hayes has more emotion in his left testicle than you do in your stupid red hair.  I mean, I’d like to see you get so into your music that you keep going when your mic goes out.  I’d like to see you scream OVER the guitars AND the cheers of the crowd and still be audible.  That’s not insanity, that’s raw emotion.  (Okay, you have me there, that’s a bit insane.)

Or maybe you think guys can’t be emotional.  (If you’d been listening to Staind, I guess I can’t blame you, but why were you listening to Staind anyway??)  Even then, you know women play in metal bands, too, right?  You know Nightwish, right?  And Cerebral Bore have a woman who is absolutely killing it with her vocals.  And then there’s Arch Enemy and Flagitious Idiosyncrasy in the Dilapidation.

So, now, I’m curious, what are you defining as emotion?  Because, last time I checked, anger and hatred are emotions.  So is joy!  And loneliness.  And desperation.  What emotions are you planning on eliciting?  Boredom?  Sadness?

Which brings me to my next point: pathos.  You’re prattling on about emotion, but I’m not sure you know what it is.  (According to Wikipedia: Emotion is the complex psychophysiological experience of an individual’s state of mind as interacting with biochemical (internal) and environmental (external) influences.)  But fuck all that noise (that’s what the octopus said, huhuhuhuh), I’m talking about pathos here.  You know in all those shitty Disney movies how they’re perfectly planned to make you cry at certain points, even though it’s just a stupid fucking lion?  Yah, that’s not pathos.  You cry because you’ve been emotionally manipulated.  Pathos is a genuine emotional reaction to sympathizing with realistic characters.  Your music about having your boyfriend run off with your horse when he discovered he was more into bestiality than with you isn’t really pathos.  It’s just you manipulating the heartstrings of your audience by reminding them of the time they got dumped (but it probably wasn’t by a horsefucker). 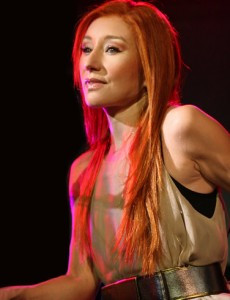 Do most metal bands have pathos?  Shit if I know.  The concept that music MUST inspire emotion is as absurd as the idea that music MUST be political or artistic.  I’m sure every band (except shitty deathcore bands) is inspired by something that affected them emotionally, even if that emotion was just mirth arising from a good dick joke.  (Personally, I love dick jokes.  Penises are hilarious.)

Sorry, I’m getting away from the five year old level I’d set for myself.

Okay, really quickly: emotion doesn’t equal good.  Emotionally manipulating your audience doesn’t make you a good musician.  I still have no idea who you are or what you mean by saying that you can take down any metal band with your “emotion”.

What annoys me most though is this: I’m guessing you’re supposed to be a feminist.  I could be wrong, because, again, I’m not going to do any research on you.  But you could have legitimately challenged metal bands to be more open and accepting to women in the metal world.  You could have pointed out that metal is still mostly dominated by men and that all too often women are trivialized or ignored or sexualized.  But no, you went with the grandstanding “I’m more badass than these guys!” schtick.  (I know there are plenty of women who defy the stereotypes in the metal world and kickass no matter what.  My point was only that more men need a good slap saying, “Hey, stop being sexist.” And I should probably include myself here.)