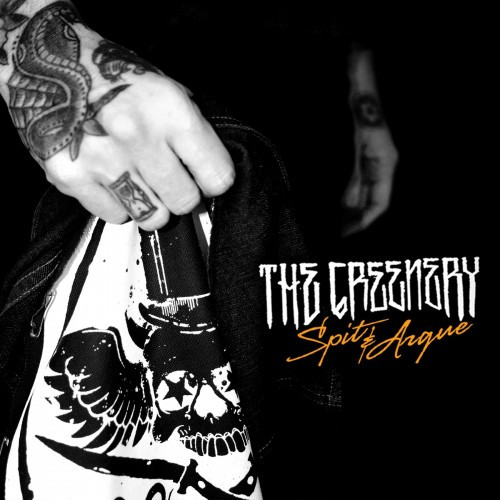 The Greenery is a band from Long Beach, California. They released their debut album Spit and Argue on July 24 via Prosthetic Records. I haven’t heard the whole thing, just three songs, two of which have already been turned into music videos. Those three songs are refreshing, that is, if you find it refreshing to be sucker-punched in the gut and then kicked in the head with steel-toed boots while you’re writhing on the floor.

The Greenery play in-your-face, old-school, hardcore punk with an authentic sound and a blast furnace of venomous attitude. The music takes me back to the days before I got into metal and spent my time getting head-butted by a pretty steady diet of punk music. The songs are fairly short and don’t include the downtuned, chug-heavy riffage of more modern hardcore. They kick the door down, shoot you full of adrenaline, throw you around the room, and then bolt out before you quite know what hit you.

I haven’t kept up with this scene, and we don’t write about it much at NCS, so this will seem like a random selection of music, but what can I say? It kicketh my ass and eviscerateth my gutses, and so I’m sharin’ it.

After the jump, I’ve got two music videos that are a blast to watch (and hear) and then a third track that eases up on the pacing but loses none of the righteous antagonism (and thanks to TheMadIsraeli for feeding me these links.)

For more info about The Greenery, here are useful links:

19 Responses to “AND THE EVISCERATION CONTINUES . . .”